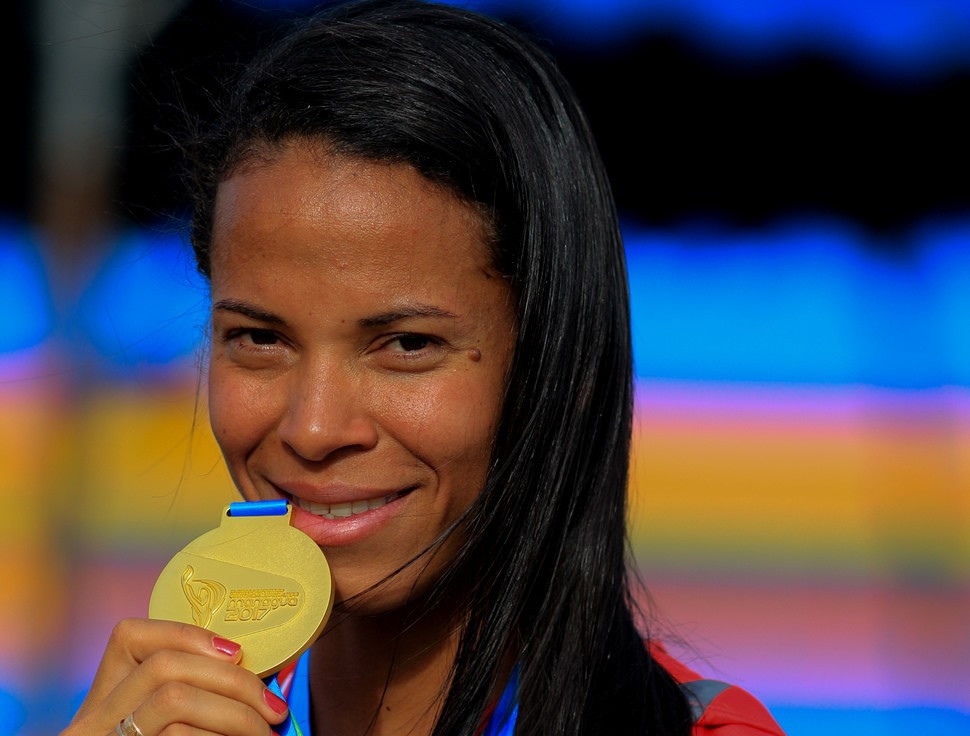 Ferris produced a dominant display at the IND Olympic Stadium, as she finished four seconds clear of her nearest rival, ending in a time of 2min 6.75sec.

Costa Rica’s Daniela Rojas and Monica Vargas earned the final podium places, with the duo ending in 2:10.41 and 2:10.68, respectively.

Their compatriot Juan Diego Castro triumphed in the men’s event, with the Costa Rican runner ending in a time of 1:52.28.

Elvin Canales of Honduras narrowly missed out on the gold in 1:52.92, while Costa Rica’s Josué Murcia clinched the bronze in 1:53.26.

Gold in the men’s event was earned by Panama, as Juan Mosquera, Mateo Edward, Virgilio Griggs and Jhamal Bowen clocked 41.05.

The podium was completed by Belize and El Salvador, who achieved times of 41.16 and 41.39.

Poomsae taekwondo competition began with victories for Guatemala in the men’s and women’s freestyle individual events.

María Pozuelos triumphed in the women’s competition in front of Mayra Ortega of Nicaragua and El Salvador’s Monica Campos.

The men’s gold was earned by José Santay, who finished in front of Nicaragua’s Jerry Castro and Javier Lovo of El Salvador.

The Games are due to continue tomorrow.