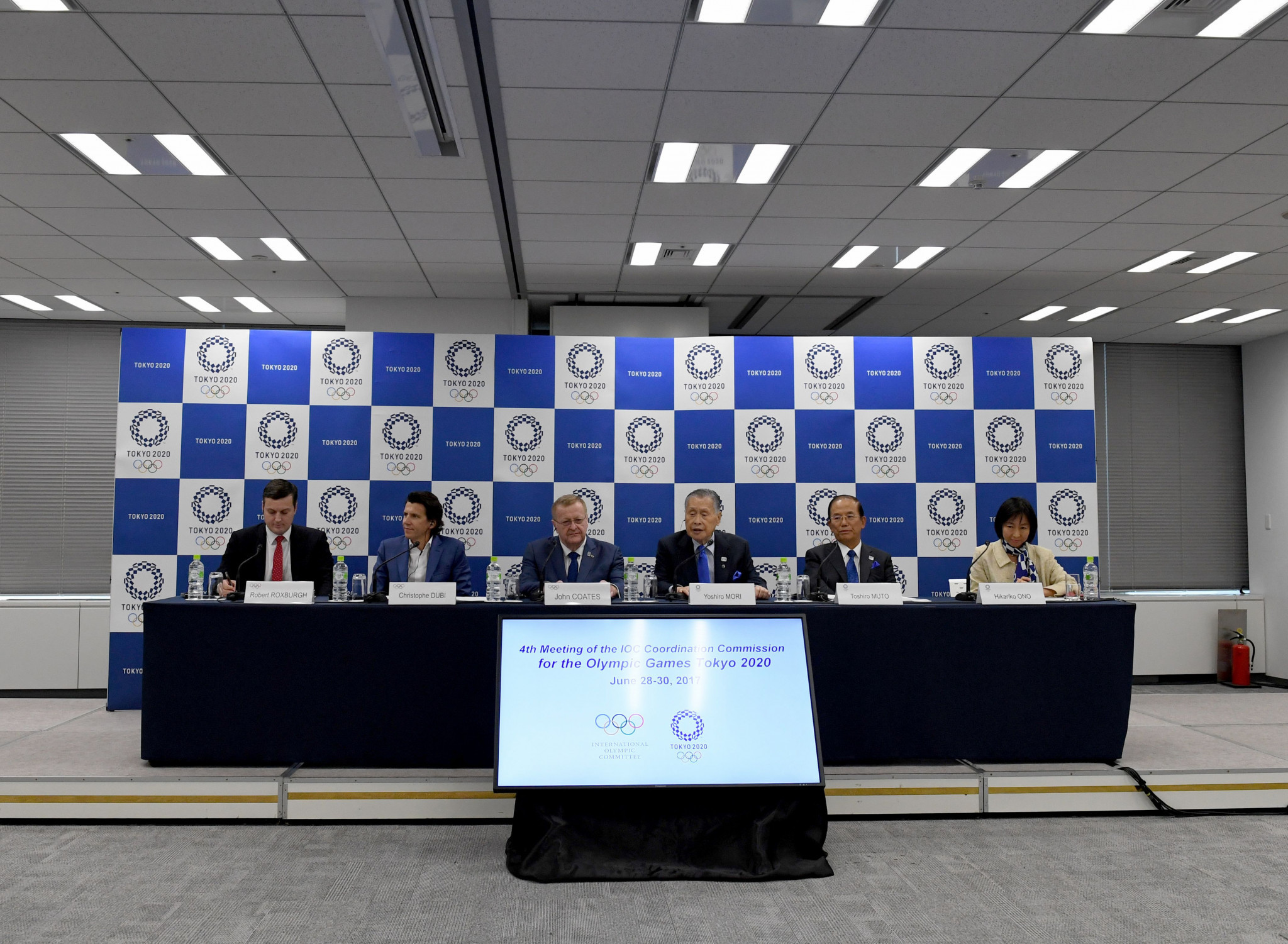 Tokyo 2020 are ready to welcome the International Olympic Committee (IOC) Coordination Commission for the second time this year, with their progress set to be assessed.

The 17-member Commission’s last visit in June concluded with Tokyo 2020 President Yoshirō Mori calling for detailed plans for urban sports venues to be drawn-up, with the IOC having visited a proposed venue in Aomi.

It was confirmed by the IOC Executive Board last week that basketball 3x3 and sport climbing would be held at the temporary venue, located in the Tokyo Bay Zone close to the Athletes' Village.

Mori had also called for the Tokyo Metropolitan Government to provide plans for the proposed ring road two, which would connect Athletes' Village with the National Stadium and boast a designated Games lane.

Construction was prevented from beginning due to a delay in deciding whether the famous Tsukiji fish market would be knocked down, with Mori leading calls for plans to be presented at the next meeting of the IOC Coordination Commission.

The topic could be one explored in the coming days, while the IOC are likely to push for further reductions in costs.

Since the last Commission visit, Tokyo 2020 have unveiled the first of eight new permanent venues being constructed for the Games.

Musashino Forest Sports Plaza, which will host badminton and the fencing component of the modern pentathlon, as well as the wheelchair basketball at the Paralympic Games, was opened last month.

Organisers claimed the completion of the 10,000 capacity venue represented that they were in the delivery phase of preparations, rather than the planning stage.

Tokyo 2020 have also celebrated the 1,000 days to go milestones for both the Olympic and Paralympic Games, the latter occurring at the end of November.

Three shortlisted candidates for the Games’ mascots were revealed last week, with elementary school children able to vote for their favourite from tomorrow.

Preparations have also been aided by the election victory by Japan's ruling coalition of the Liberal Democratic Party and Komeito, which has been claimed will give the country political stability as the Games approaches.

While the Tokyo 2020 have made progress in recent months, there have been differing fortunes for members of the IOC Coordination Commission.

Commission chair John Coates will return to the Japanese capital as an ordinary IOC member having completed his term as the organisation’s vice-president.

Brazil’s Andrew Parsons had been part of the Commission as the International Paralympic Committee vice-president, but has since been elected as the organisation’s President.

His fellow Brazilian Carlos Nuzman, who attended his first Commission meeting in June, was removed as a member following the former Rio 2016 President being charged for with corruption, tax evasion, money laundering and running a criminal organisation in October.

Alex Gilady remains vice-chair of the Commission despite the IOC’s internal ethics and compliance department currently "looking into" harassment allegations made against the Israeli.

insidethegames understands Aruba’s Nicole Hoevertsz has been excused from attending the latest visit following her appointment as chair of a panel charged with finalising rules and regulations for the participation of Russian athletes at Pyeongchang 2018.

The visit is due to begin tomorrow, with opening session poised to be chaired by Coates.

Tokyo 2020 President Mori, Shunichi Suzuki, the Minister in charge of the Tokyo Olympic and Paralympic Games, and Tokyo Governor Yuriko Koike are all scheduled to be present.

The Commission will be served with food produce grown in areas impacted by the 2011 tsunami and nuclear disaster at the official dinner on Tuesday (December 12), which is aimed at highlighting regeneration efforts.

The visit will conclude the following day.