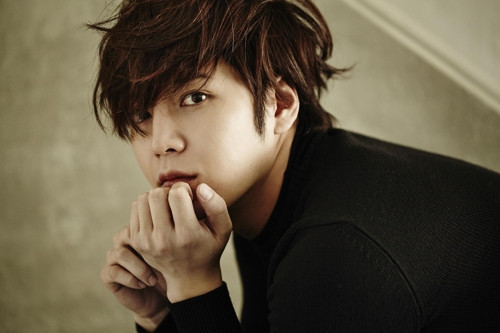 Actor and singer Jang Keun-suk, known as the "Prince of Asia", has been appointed as the latest ambassador of Pyeongchang 2018, it has been announced.

Jang is widely considered to be the most popular South Korean celebrity in China and Japan.

In 2012, Jang became the first Korean pop star to be featured on a Japanese stamp.

He is also the most followed Korean celebrity on Chinese social networking site Weibo with more than 10 million fans.

"We have high expectations from Jang Geun-suk as he has played a role bridging cultures in Asia," Gangwon Province Governor Choi Moon-soon said when announcing Jang's appointment.

Jang plans to use concerts in Osaka and Tokyo next month to help promote the Winter Olympic and Paralympic Games.

He was discovered by an agent at the age of five and, as well as being known as one of Asia's biggest pop stars, has appeared in some of South Korea's most popular television dramas.

Jang has also promised to buy 2,018 tickets to watch the Olympics together with fans at Pyeongchang 2018, due to take place between February 9 and 25.

The 30-year-old also plans to make a video supporting the athletes taking part in the Olympic and Paralympics.

"He plans to watch an ice hockey event together with his fans to relay his thanks and contribute to the success of Pyeongchang," Jang's management company TreeJ Entertainment said.