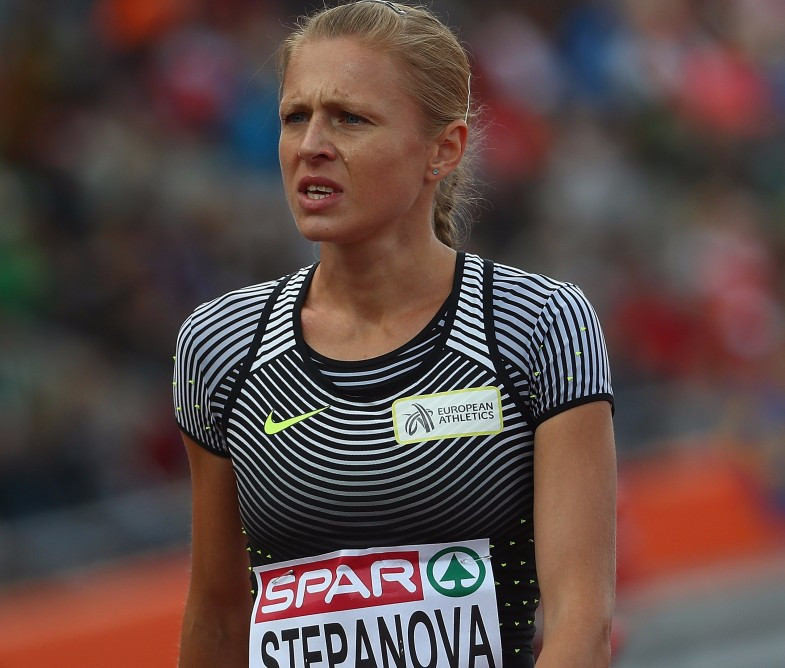 Bach said that he had met with and had a "friendly discussion" with Stepanova and her husband, Vitaly Stepanov, a former Russian Anti-Doping Agency employee, and revealed that the IOC are providing her with unspecified support.

The husband and wife duo have taken up residence at an unknown location in North America due to having to flee Russia after they provided evidence of state-sponsored doping in 2014.

They also indirectly set into motion a chain of further revelations, principally made by another whistleblower in former Moscow Laboratory director Grigory Rodchenkov, which culminated in the IOC decision here on Tuesday (December 5) to make Russian athletes compete neutrally - under the name "Olympic Athletes from Russia" (OAR) - at Pyeongchang 2018.

"I have met, a couple of months ago, with Vitaly and Yuliya Stepanov," Bach said here.

"We have exchanged our positions and had a very good and, in the end, friendly discussion.

"This resulted in the IOC supporting Vitaly Stepanov and we are benefitting from his advice on anti-doping matters with regard to Russia.

"We’re also supporting Yuliya Stepanova and hope that she can find a new NOC which would allow her then to qualify for the Olympic Games Tokyo 2020."

The IOC received much criticism last year for their refusal to allow Stepanova - who previously served a two-year doping ban - to compete as an independent athlete at the Rio 2016 Olympic Games, despite the IAAF having allowed the middle distance runner to participate internationally.

Stepanov claimed during an August 2016 teleconference that the IOC had offered them "no support" and sought to use the situation only to benefit their "own position".

Bach, however, refused to apologise for the way they treated Stepanova last year given that he has now accepted neutral participation.

"The conditions are very different and you cannot compare this situation with Yuliya Stepanova with the suspension of the Russian Olympic Committee," he said.

insidethegames exclusively revealed in October 2016 that Stepanov would be providing a consultancy service to the IOC on all aspects of doping control and the protection of clean athletes.

The Stepanovs have welcomed the latest IOC decision towards Russia.

"I'd like to thank the IOC and its commission for actually, in my view, a fair decision," Stepanov told USA Today.

"I'd also like to thank Grigory Rodchenkov and other whistleblowers for exposing the truth and trying to expose the corrupt system in Russia.

"Even as of [Monday] a lot of people felt that the IOC would not be able to do this.

"I understand that it’s a compromise, but…as the people running the global Olympic Movement, they have to look for compromises all the time."