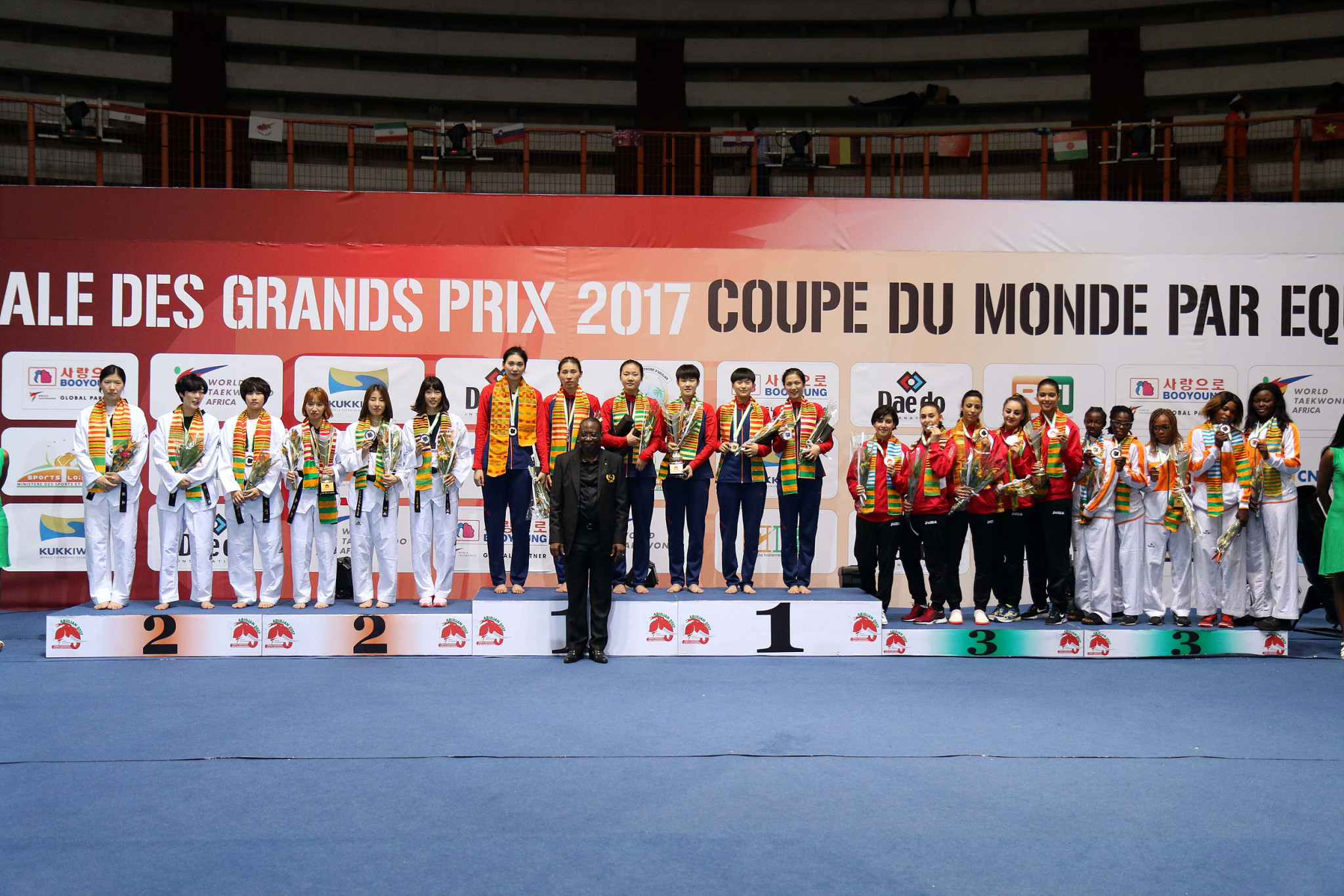 China won two of the three titles available as the World Taekwondo Team Championships concluded in Abidjan in the Ivory Coast.

The country clinched the women's and mixed gold medals on a fruitful day at the Palais de Sports de Treiekwochville, which saw Pan Gao star in both events.

Iran were able to win the men's crown at a tournament which has been dubbed the "Battle of Nations".

Fans were treated to an exciting day of action with the first rounds pitting opposite numbers against each other.

The second and third rounds are held under tag team rules which allows for substitutions.

China clashed with South Korea in the women's final which was a repeat of last year's conclusion which the Chinese also won in Baku.

Height advantage played a significant role as they ended round one 15-4 in front.

South Korea narrowed the gap and only trailed 26-22 at the end of round two, and they edged into the lead in the third.

A flurry of substitutions took place in the final minute with China managing to score when it mattered, winning 49-42.

Bronze medals were awarded to both hosts Ivory Coast and Morocco.

In the mixed event, China overcame Russia 4-2 after a "golden kicks round" which was required following a 53-53 draw.

A topsy-turvy third saw both sides in front before it ended all square.

Bronze medals were won by Mexico and South Korea.

Iran's men's victory partly helped lay to rest some demons after the powerhouse drew a blank at the Rio 2016 Olympic Games.

Former world champion Mahdi Khodabakhshi spearheaded the team to a 34-33 win over Russia in the final.

Russia were in a commanding position after the first, leading 13-4, but they were only 20-19 in front after the second.

Iran's comeback was complete in the third as they won by the narrowest of margins.