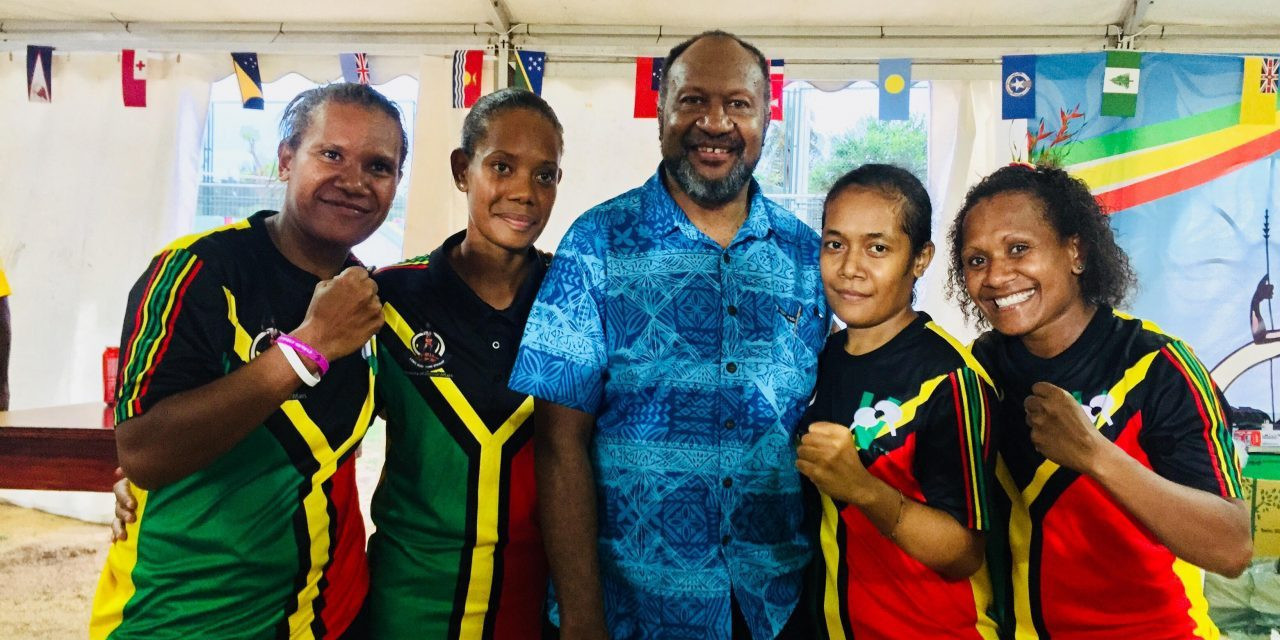 The home crowd saw their country beat New Caledonia in both finals - 3-1 in the men's and 3-0 in the women's.

"We are excited because team Vanuatu in the Pacific has always come third in the ranking," said men's player Ham Lulu.

"But finally we are able to play in front of our home crowd and we won gold.

"It is history for us because both the women and men's team won gold.

"We have been wining gold in other events but not in a team event and teams is what we have worked hard for over a long time."

"I was nervous, but I had family members and supporters who gave us strong support to get through to the final," said Vanuatu's women's player Liopa Santhy.

Torrential rain played havoc with outdoor sports but the beach volleyball and golf did get underway.

Kristine Seko of Papua New Guinea and Emilie Ricaud of New Caledonia have a joint one-shot lead after day one of the women's golf.

Kristopher Williamson of the Cook Islands has a one shot lead in the men's event.