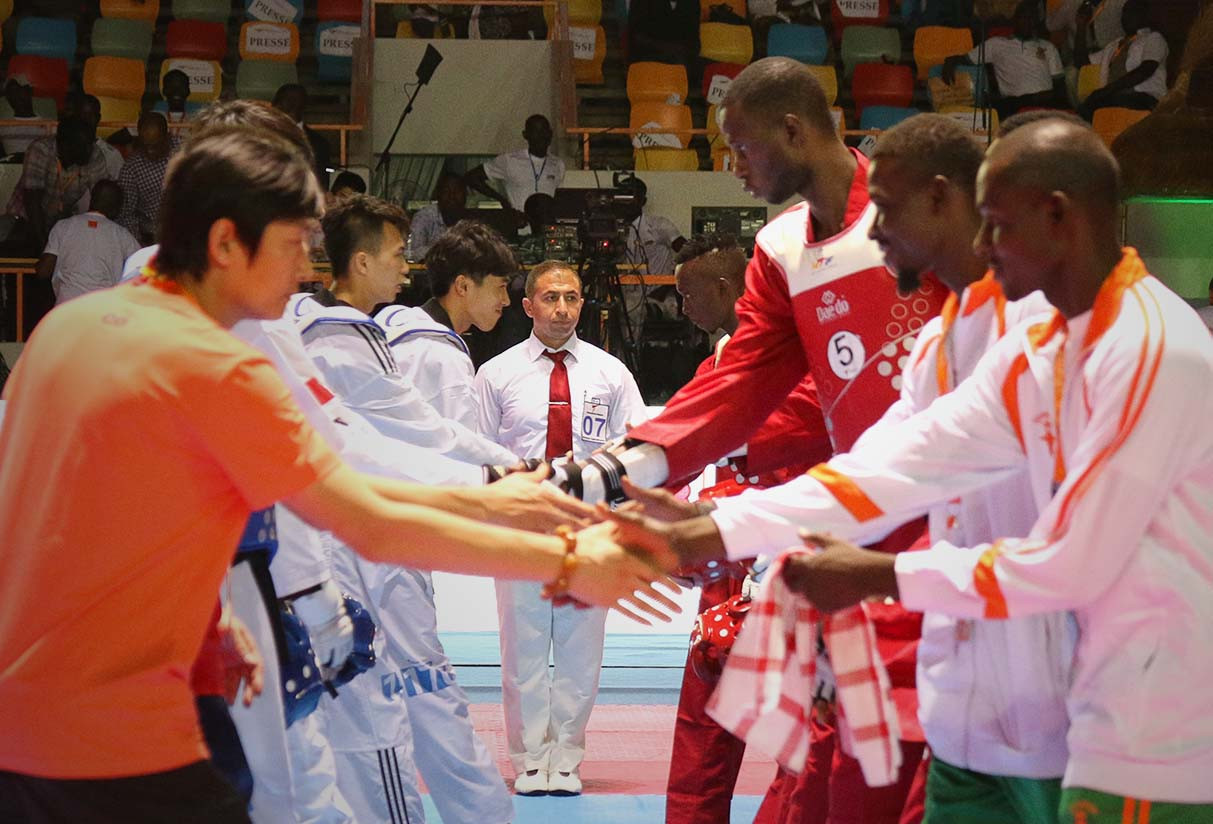 Hosts Ivory Coast were among the four nations to progress through to the men’s semi-finals on the opening day of the 2017 World Taekwondo Team Championships at the Palais de Sports de Treichville in Abidjan.

Iran, Russia and South Korea have also booked their places in the penultimate round following today’s preliminary action.

China, Chinese Taipei, Morocco and Niger all failed to qualify.

Also in action was Iran’s 2015 world champion Mahdi Khodabakhshi, easing himself back into competition after a long, post-Rio 2016 lay-off due to injury and rehabilitation, and London Grand Prix gold medallist In Kyo-don of South Korea.

Teams from China and South Korea will fight for top spot in the women’s category.

Both finals are scheduled to take place tmorrow.

Teams are made up of five or six fighters.

The second and third rounds are tag-team format, which generates fast-paced substitutions and high scores.

It is broadly recognised within taekwondo that the team format is more spectacular than the individual format, which can be tactical and low-scoring.

"I think anytime you watch a team it always gets exciting, I don’t care what countries they are - something crazy is always happening," Juan Moreno, America's individuals’ coach, said.

"From the point of view of spectators, team competition is the way to go.

"It is much easier for the average Joe to watch this, with all the action."

China, Mexico, Morocco, Russia and South Korea are also due to contest a mixed-gender event tomorrow.

Teams will be made up of two men and two women.