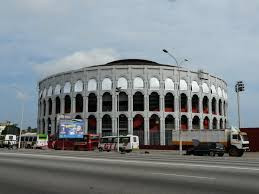 Athletes who competed at the Grand Prix Final are set to return to action when the World Taekwondo Team Championships begin in Abidjan tomorrow.

It comes two days after the conclusion of the Grand Prix series at the Palais de Sports de Treichville in the Ivorian city.

The event, which concludes on Wednesday (December 6), will involve action in the male, female and mixed-gender team competitions.

Preliminary rounds are due to be held on the opening day before semi-finals and finals take place the following day.

The two top female and the two top male teams also go through to the Grand Slam Team Championships in Wuxi in China in January 2017.

It forms part of a new series launched by the sport's worldwide governing body earlier this year.

The purpose of the series is to professionalise and upgrade taekwondo's commercial appeal and media profile.

Each year, it will consist of eight separate tournaments to represent each Olympic taekwondo weight category - four men's and four women's.

A number of athletes who participated in the Grand Prix Final are expected to return to the mat for the two-day competition.

Ivory Coast's Cheick Sallah Cissé, the Olympic champion, won the under 80 kilograms gold medal and will be hoping to guide his men's team to victory during the event.