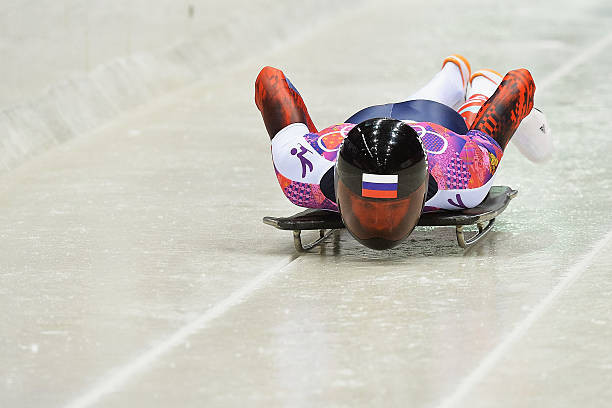 Legal action could be taken by the International Bobsleigh and Skeleton Federation (IBSF) after its own hearing panel cleared nine Russians sanctioned by the Oswald Commission.

The bobsleigh and skeleton athletes were originally suspended by the IBSF after they were found guilty by the International Olympic Committee (IOC) Disciplinary Commission and banned from the Olympic Games for life.

But an IBSF Hearing Panel, which operates independently of of the world governing body, lifted the suspensions last Friday (December 1) after it ruled there was "not sufficient evidence" to keep them in place.

"Following the IOC Disciplinary Commission decisions the IBSF provisionally suspended a number of current and former Russian athletes," they said in a statement posted on their website.

"As is their right under the World Anti Doping Code and the IBSF Anti-Doping rules rights these athletes requested a Provisional Hearing.

"The Panel found in the athletes favour and removed the provisional suspension.

"While the IBSF disagrees with the decision of the Panel we respect their decision.

"We are currently assessing our legal options."

This could include launching an appeal to the Lausanne-based Court of Arbitration for Sport.

On the day Zubkov is stripped of two gold medals, he's still at a WC event coaching other (suspected) Russian athletes. IBSF making a farce out of a great sport. https://t.co/TRzMEP8C9i

The athletes, including double Sochi 2014 gold medallist Alexander Zubkov and men's Olympic skeleton champion Alexander Tretiakov, have been stripped of their medals and results and banned from competing at the Olympic Games for life by the IOC Disciplinary Commission chaired by Executive Board member Denis Oswald.

Tretiakov and Elena Nikitina, Olympic bronze medallist in women's skeleton at Sochi 2014, were banned from competing at the IBSF World Cup in Whistler last month after they were sanctioned by the Commission.

Alexander Kasjanov, Aleksei Pushkarev and Ilvir Khuzin, who had been in line to be upgraded to bronze from their home Olympics following the disqualification of the victorious four-man team, won the four-man event in Whistler along with Vasiliy Kondratenko despite being under investigation by the Oswald Commission.

The International Ski Federation (FIS) had controversially last month cleared six Russian cross-country skiers to take part in the season-opening Cross-Country World Cup in Ruka in Finland even after they had been banned by the Oswald Commission.

They had claimed there were not strong enough grounds to take any action.

A few days later, however, they imposed a provisional suspension following publication of the IOC's reasoned decision on why they had taken action against Alexander Legkov.

They then applied this to the other cross-country skiers.

Those stripped of their medals from Sochi 2014 and banned from the Olympics for life included Legkov who lost his 50km freestyle gold and silver in the 4x10km relay.

The FIS claimed the skiers had "participated in a similar manner in the systematic conspiracy".