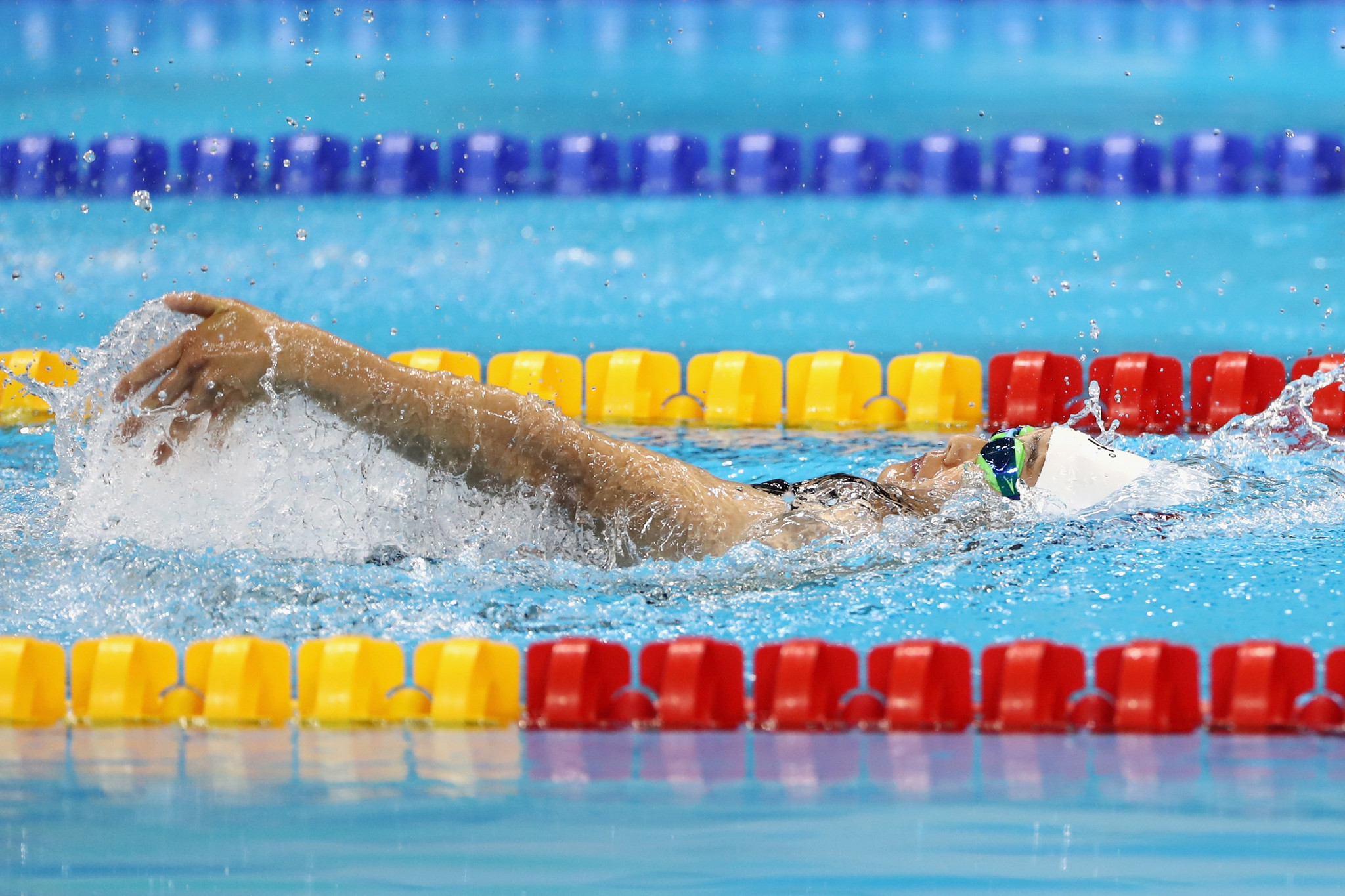 Boggioni's effort saw her set a European record as she finished streets ahead of China's Yue Deng, who did enough for the bronze medal.

Spain's Antoni Ponce was also in record-breaking form on day two as he produced the fastest time in history in the men's 100m breaststroke SB5.

Ponce clocked 1min 28.57sec to finish in front of Sweden's Karl Forsman and Thanh Hai Do of Vietnam, who claimed silver and bronze respectively.

Multiple Paralympic champion Jessica Long took her World Championships gold medal tally to 25 with two victories on the second day of the event in the Mexican capital.

Mexico's Naomi Somellera Mandujano was over five seconds adrift of the dominant American in silver medal position, while bronze went to Vendula Duskova of the Czech Republic.

Long was pushed harder in the 100m freestyle but still emerged on top as she touched the wall in 1:06.82.

Brazil's Cecilia de Araujo was the recipient of the silver medal and Julia Gaffney of the United States came through to seal bronze.

It proved to be a successful day in the pool for the Chinese team as Xihan Xu caused an upset in the women's 50m butterfly S5.

Xihan proved too strong for reigning Paralympic champion Sarah Louise Rung of Norway with a time of 42.79.

Diego Lopez Diaz delighted the home crowd inside the arena as the Mexican clocked a championship record of 46.38 to triumph in the men's 50m backstroke S3.

There was further success for Mexico at the Para Powerlifting World Championships, being held alongside the swimming event as part of the Para Sport Festival.

Amalia Perez sealed her third world title by topping the podium in the women's up to 55 kilograms category having recorded a best lift of 123kg.

Her lift was only 1kg more than Mariana Shevchuk of the Ukraine, who was agonisingly forced to settle for silver.

Both events are scheduled to continue tomorrow.