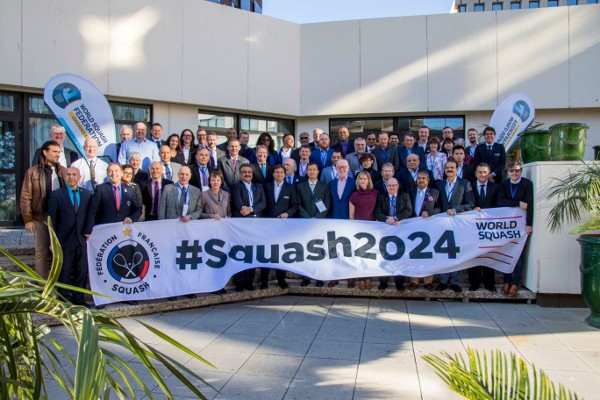 The World Squash Federation (WSF) has again made their intentions clear that the sport must be included in the Olympic Games.

The governing body's Annual General Meeting ran alongside the final day of the WSF Men’s World Team Championship in Marseille, France, with Olympic participation top of the list.

It followed a conference which featured presentations from people both inside and outside squash which updated delegates on plans to have squash included at the Paris Olympics in 2024.

WSF President Jacques Fontaine, a Parisian, reminded delegates that, for squash’s Olympic bid to be successful, they must promote a united front.

"We know that squash would bring something different and special to the Olympic Games through our wonderful youth, our professional athletes and great staging options," he said.

"So every single player, official and stakeholder should take every opportunity to promote squash to their national media, sports officials and especially influencers.

“WSF and the Professional Squash Association (PSA) will lead but it is the sea wave of the whole of squash repeatedly landing that will make the difference."

Also at the AGM, the upcoming WSF budget was approved whilst there were also changes to the election system.

The meeting concluded with the WSF Outstanding Service award being given to operations manager Lorraine Harding, a member of the WSF for 20 years.