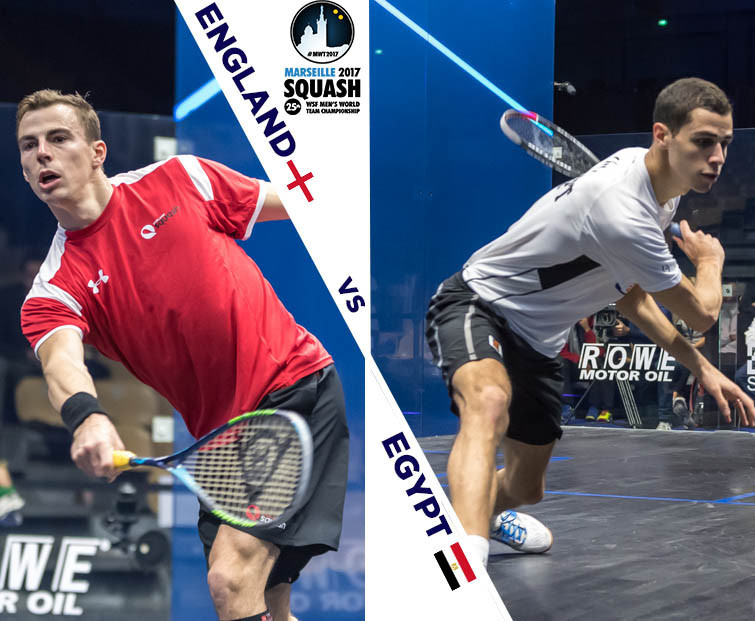 With four of the world's top 11 players making up their squad, Egypt were always hot favourites to lift their fourth title but the ease with which they did so against England was a surprise.

In the end Egypt waltzed to a comfortable 2-0 scoreline in a very one-sided affair.

In the first game between Karim Abdel Gawad and Nick Matthew, the balance swung either way and it looked like it could be a close affair with Gawad making a few unforced errors, allowing Matthew to stay in the game.

However, the match changed dramatically from the second game onwards as Matthew was clearly carrying an injury.

The Englishman could not keep up with Gawad after that and lost the next two games 11-3, 11-7.

This result put the pressure on James Willstrop, who knew he had to win against Ali Farag to keep his side in the contest.

Farag started very brightly and used his youthfulness to his advantage against his older opponent, winning the first game 11-5.

Willstrop managed to find a bit of resilience in the second game but eventually made too many unforced errors, handing the game to Farag by an 11-9 score.

The 34-year-old was clearly tired in the third game after his efforts in the second and was no match for Farag who secured Egypt the title with an 11-5 victory.

With no third-place match played, Hong Kong and Australia shared the bronze medal following their losses at the semi-final stage.

Hosts France finished fifth following a 2-1 victory against New Zealand, despite having a haka directed at them beforehand.

Iraq’s first visit to the WSF Men’s World Team Championship ended in a fantastic result as they finished 23rd, exceeding their initial seeding position of 24th following victory against Austria.

Like France, Iraq had to recover from 1-0 before eventually recording a 2-1 victory.