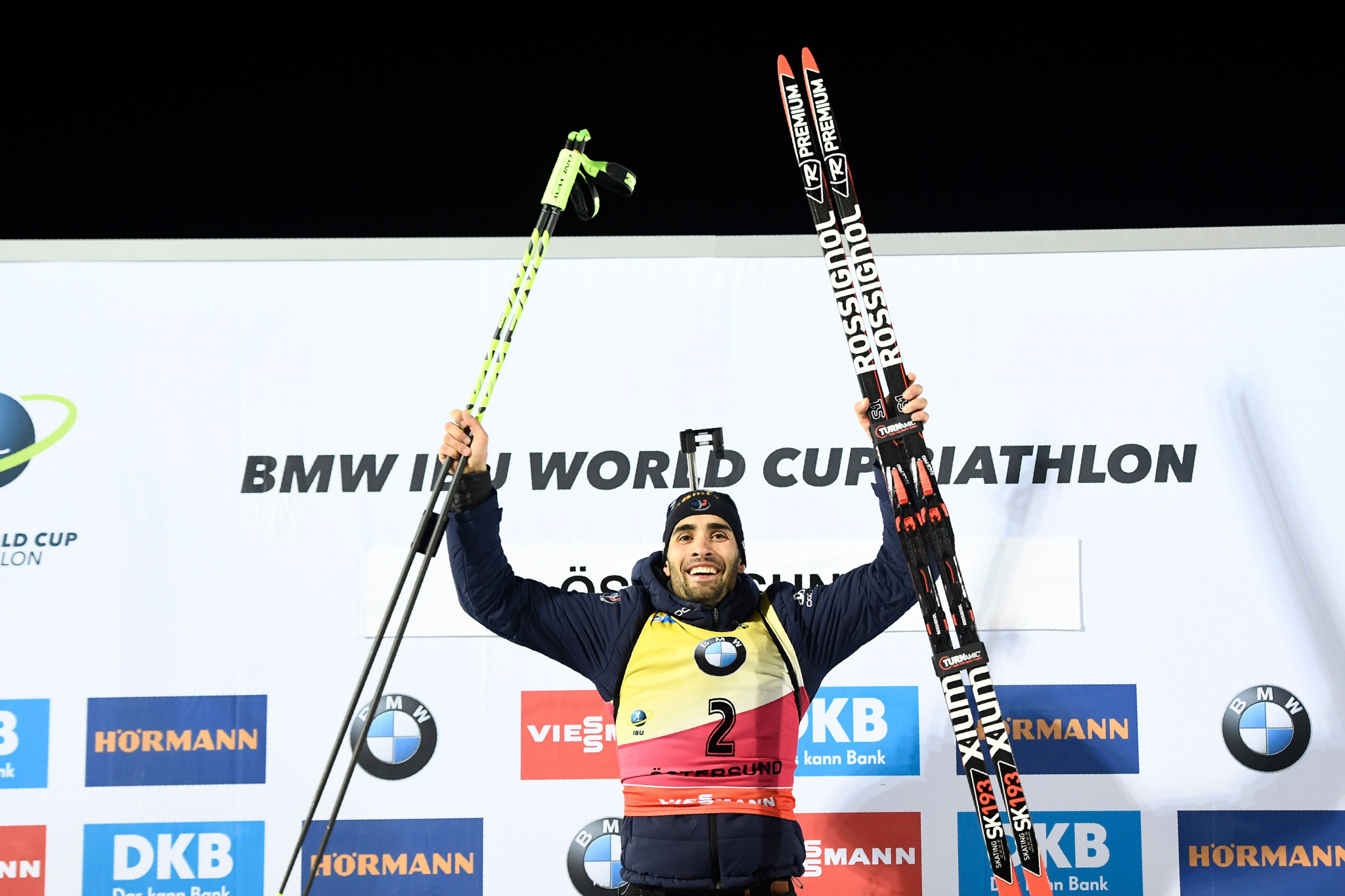 Fourcade, the double Olympic gold medallist who is targeting a record seventh consecutive overall World Cup title, claimed a dominant triumph in the men's 12.5 kilometres pursuit on the final day of the season-opening competition in the Swedish resort.

The Frenchman clocked a time of 29min 14.6sec, which included one penalty, to finish a comfortable 49.2 seconds ahead of Slovenia’s Jakov Fak.

Fak was forced to settle for the silver medal ahead of Fourcade's compatriot Quentin Fillon Maillet, who took bronze a further 0.9 seconds behind.

"I am very satisfied because despite my two podiums here, I felt that if I had not won here, it would have been my worst season opener, since for 7 years in a row I won here," said Fourcade.

"Now I can be very calm and relaxed for the next competitions.”

Herrmann had earlier cemented her status as a rising star in the sport by sealing the women's 10km pursuit honours in 30:02.7.

The Olympic cross-country bronze medallist demonstrated her pace on the skis as she recovered from two early shooting penalties to earn gold in front of French biathlete Justine Braisaz.

The Frenchwoman shot clean but could not live with the German's fast skiing as she crossed the line 25.8 seconds back.

The bronze medal went to Norway’s Marte Olsbu, who was 48 seconds slower than Herrmann, who made the switch from cross-country to biathlon last year and was competing in just her 12th World Cup.

"It is a completely different situation from the sprint, but it is the sort of situation that you need to keep within yourself," the German said.

"When I came to the stadium and saw it was windy I knew I had to stay focused.

"I had good feelings in the zeroing and it was good that I had some seconds of an advantage when I started, so I could take my time to focus."

The next World Cup event is scheduled to be held in Hochfilzen in Austria from Friday (December 8) to Sunday (December 10).