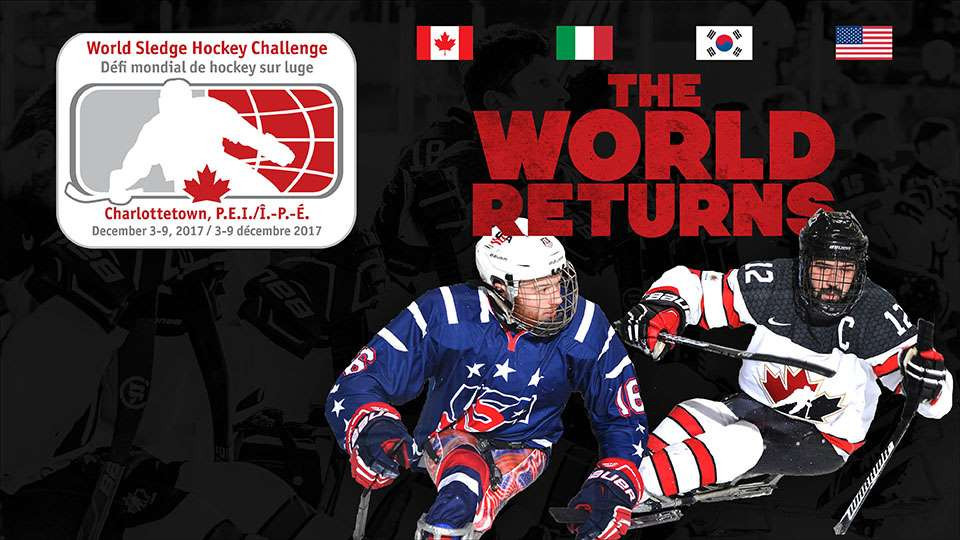 Canada will be hoping to get one over arch-rivals the United States during the 2017 World Sledge Hockey Challenge, due to begin tomorrow in Charlottetown.

They lost the 2016 final to the US and will be out for revenge at the tournament at the MacLauchlan Arena.

It is the second consecutive year the Canadian city has staged the event also including Pyeongchang 2018 hosts South Korea and debutants Italy.

The tournament will allow the four competing nations the chance to lay down a marker prior to the Para ice hockey event at the Winter Paralympic Games.

Tickets for the competition have been on sale since the start of last month and organisers are expecting a healthy attendance throughout the tournament set to conclude next Saturday (December 9).

Canadian player Billy Bridges said he is looking forward to "taking on the world" during the week-long event.

Bridges also predicted another showdown with defending champions and reigning Paralympic gold medallist the US in the final.

"We're ready for it, it's always a physical game playing the US and it's something you get built up for," he said.

Charlottetown Mayor Clifford Lee urged the city and the Canadian public to get behind their team as they continue their preparations for the Paralympic Games.

"The World Sledge Hockey Challenge offers an exciting opportunity for the public to see some of the world’s top Para sport athletes in action," he said.

"We encourage everyone to come show their support for Team Canada."