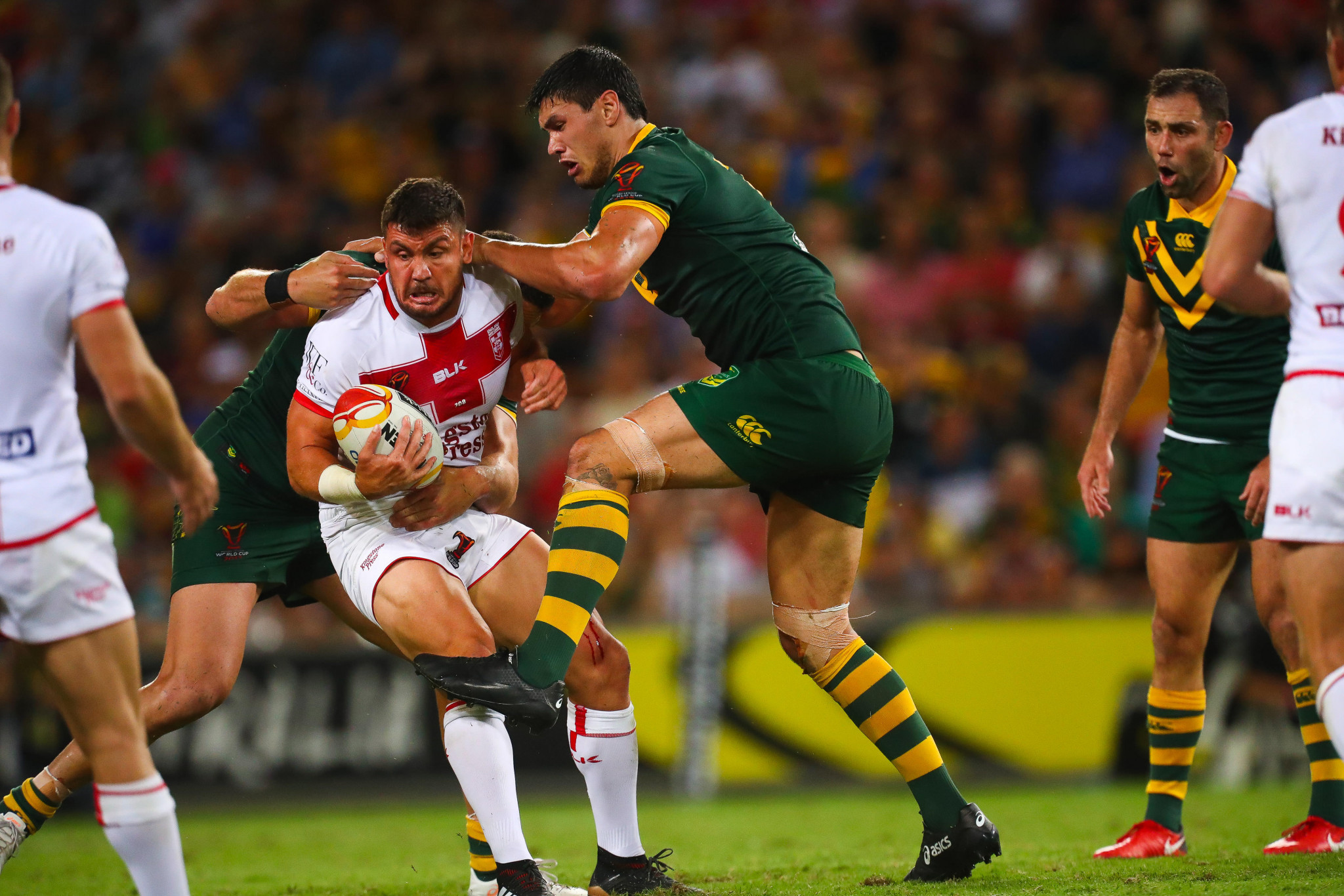 Australia successfully defended their men's and women's crowns with hard-fought victories in the finals of the Rugby League World Cup in Brisbane.

Australia's women set the tone for a dominant day for the host nation as they overcame New Zealand 23-16.

The men's final was a much lower-scoring affair as Australia battled to a 6-0 win against England at the Brisbane Stadium.

Boyd Cordner's early try was enough for Australia to triumph in a titanic final as they broke English hearts with a dogged defensive display.

England had the better of the opening exchanges until Cordner broke through to score what would prove to be the game's only try.

A series of mistakes from England opened the door for Australia and they took their chance with aplomb as Cordner received a superb offload from Aaron Woods and went over the line at speed.

England, seeking their first Rugby World Cup title, had chances to level but Australia were resilient in defence and held out for a nervy win.

"It was one of the toughest games I've played in my career.

"A really pleasing victory for the boys.

"We spoke about defence winning games and winning tournaments and we just kept turning them [England] around."

Australia's women also proved too strong for their opponents as they narrowly defeated New Zealand.

Isabelle Kelly scored twice with Caitlin Moran and Elianna Walton also going over for the home side.

It was not enough for New Zealand, however, as a late Moran drop goal wrapped up victory for Australia.