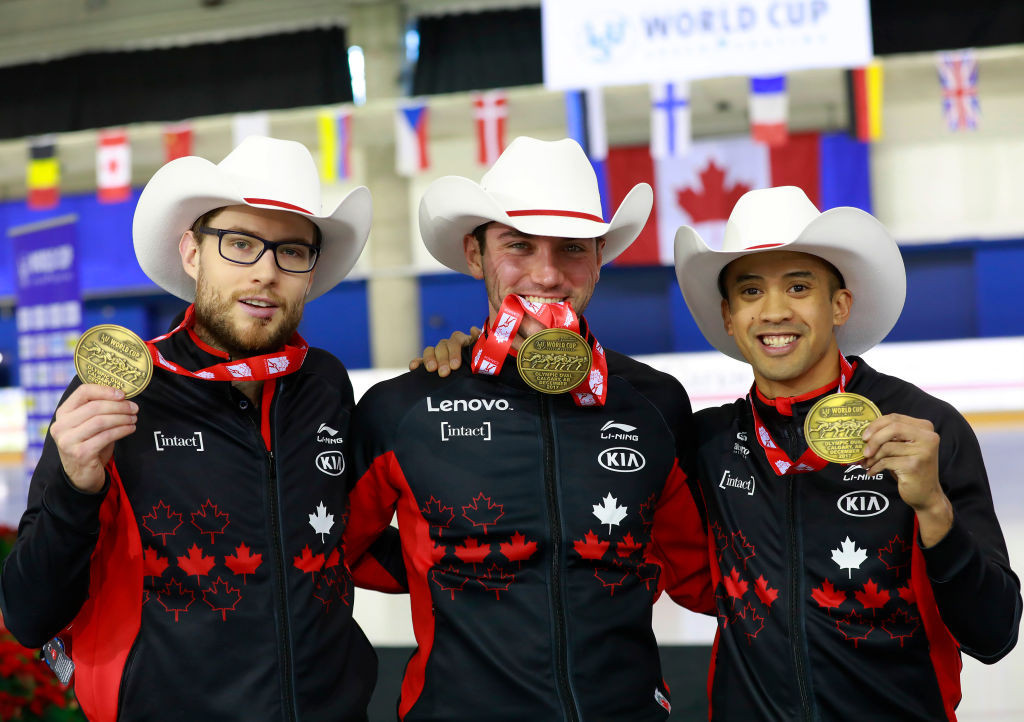 The team of Laurent Dubreuil, Gilmore Junio and Vincent De Haître proved a class above the opposition at the Calgary Olympic Oval as they combined for a time of 1min 17.31sec.

This was more than two seconds faster than the world record of 1:19.97 set by United States in 2016.

Four other teams also skated faster than this time in lightening fast conditions.

Norway took the silver medal in 1:26.38 and China finished a further 0.27 seconds behind in third place.