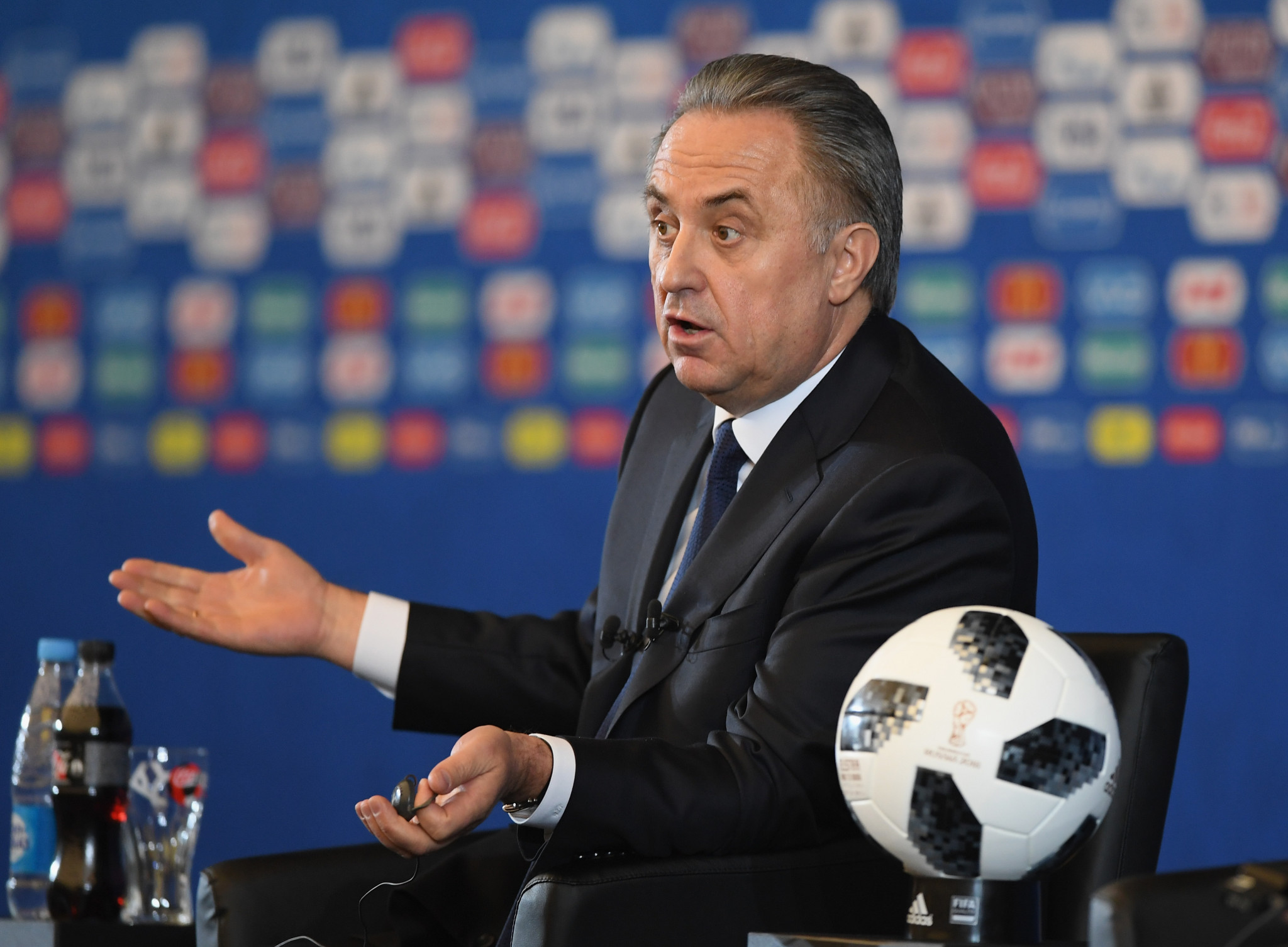 Russian Deputy Prime Minister Vitaly Mutko has called on the International Olympic Committee (IOC) to use their "common sense" when taking a decision on the country's participation at Pyeongchang 2018 as he launched a staunch defence of sport in the nation.

In an impassioned rant at a press conference held before the draw for the 2018 FIFA World Cup in Moscow, Mutko accused Western media of "distorting reality" and claimed "everyone is trying to make some kind of axis of evil out of us".

Mutko, the former Sports Minister but who remains President of the Organising Committee for the World Cup, repeated his denial of any state-sponsored doping system in Russia.

His denials come in the face of an IOC reasoned decision in the sanctioning of cross-country skier Alexander Legkov, revealing diaries kept by former Moscow Laboratory head Grigory Rochenkov were "significant evidence" in proving the existence of a doping scheme.

The New York Times also reported earlier this week that Rodchenkov's entries documented a series of meetings with Mutko, fuelling suggestions he was aware of the doping programme allegedly in place.

Mutko has always denied this was the case and has repeatedly insisted the allegations are solely the work of Rodchenkov, who the IOC described as a "reliable witness".

The revelations have strengthened the case for Russia to compete under a neutral flag at next year's Winter Olympic Games and have led to claims that the country might be banned entirely.

A decision on the extent of Russian participation at Pyeongchang 2018 is due to be made by the IOC at its Executive Board meeting in Lausanne on Tuesday (December 5).

A total of 25 Russians have so far been sanctioned by the IOC Disciplinary Commission investigating athletes implicated in the McLaren Report.

"We don’t know what the IOC is going to say; we hope that common sense will prevail," Mutko said.

"There is a charter; an IOC charter.

"We believe that the presumption of innocence is a principle that has not been validated by anybody.

"This collective punishment seems to be in fashion these days.

"I’m happy to go to any court, to any disciplinary committee, to anyone and I’ll be happy to talk about how there has never been and will never be any state programmes related to doping in this country.

"We do not need to do that and we have never done it.

"Let's openly display all the facts.

"We are playing by the rules."

Mutko also again questioned the evidence provided by Rodchenkov in a tirade which lasted well over an hour.

"We believe in due process and the presumption of innocence," he told journalists at the press conference.

"Has any of this evidence been validated?

"What is this fashion for collective punishments?

"Why do you trample Russia underfoot?"

Mutko conducted his the press conference -  supposed to be on the topic of the World Cup - next to FIFA President Gianni Infantino.

Infantino stressed that the IOC's decision would have "no impact" on the 2018 World Cup.

"We are speaking here about the World Cup, not the Olympic Games," he said.