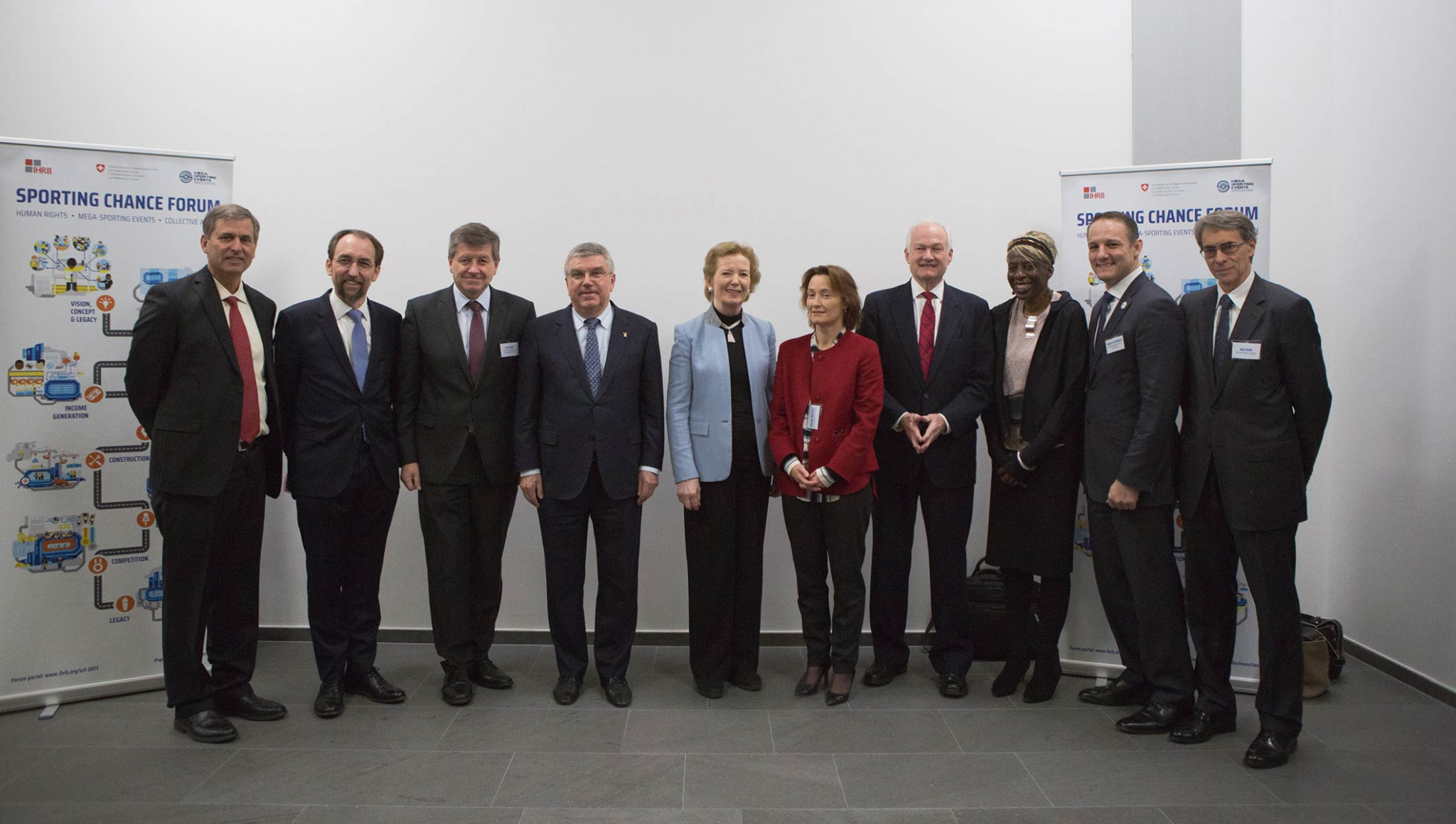 Speaking at the Sporting Chance Forum in Geneva, Bach claimed the IOC will "always do its utmost to uphold and defend the values that the Olympic Games are based on".

It follows the specific incorporation of human rights principles into its Host City Contract for the first time for Paris 2024 and Los Angeles 2028.

Bach claimed it is not the IOC's responsibility to act like a world Government and refuse to host events in countries accused of human rights abuses.

He insisted, however, the IOC can still signal their opposition and use the Olympics as a catalyst for improvement.

"Even before the specific provisions were added to the Host City Contract, the IOC already demanded from host countries the necessary assurances that human rights will be respected during the Games," Bach said in his keynote address.

"For example, we were facing such a situation with regard to legislation in Russia which prohibits the public promotion of homosexual orientation.

"The IOC asked for and received assurances that this law would not apply for any of the participants of the Olympic Winter Games Sochi 2014.

"This assurance was respected."

Bach claimed the IOC were similarly successful in ensuring that unpaid migrant workers working on Olympic sites for Sochi 2014 were paid and their complaints, he claimed, led to investigations against more than 500 companies and payments for 6,000 workers.

He also cited one from Rio 2016 where they launched a joint "One Win Leads to Another" initiative with United Nations Women to support 2,500 young girls across Rio de Janeiro State.

"This goes to show that the IOC must be politically neutral, but cannot be apolitical," Bach said.

"At the same time, we know that the IOC is not a world Government.

"Our responsibilities are with regards to the organisation of the Olympic Games.

"We have neither the mandate nor the capability to change the laws or the political system of a sovereign country.

"To give you an example, we can oppose the death penalty.

"But we are obviously not in a position to impose that view on a sovereign nation or exclude them from organising or participating in the Olympic Games.

"That is neither our mission nor our mandate - there have to be clearly defined areas of responsibility.

"You cannot expect the IOC or any other sport organisations to solve political or human rights issues which generations of Governments and politicians have been unable to solve."

Bach added: "Within our area of responsibility, we stand for the promotion and the respect for human rights.

"This is our clear commitment...this is why the Olympic Games demonstrate that our values of a shared humanity are stronger than all the forces that want to divide us."

The IOC have frequently been criticised for human rights issues, however, and have been accused of not doing enough.

This was particularly so before the Sochi 2014 and Beijing 2008, where parts of the Olympic Torch Relay were overshadowed by Tibetan rights protests.

Concerns were also raised before Rio 2016 last year over the demolition of houses to make way for new Games-related infrastructure.