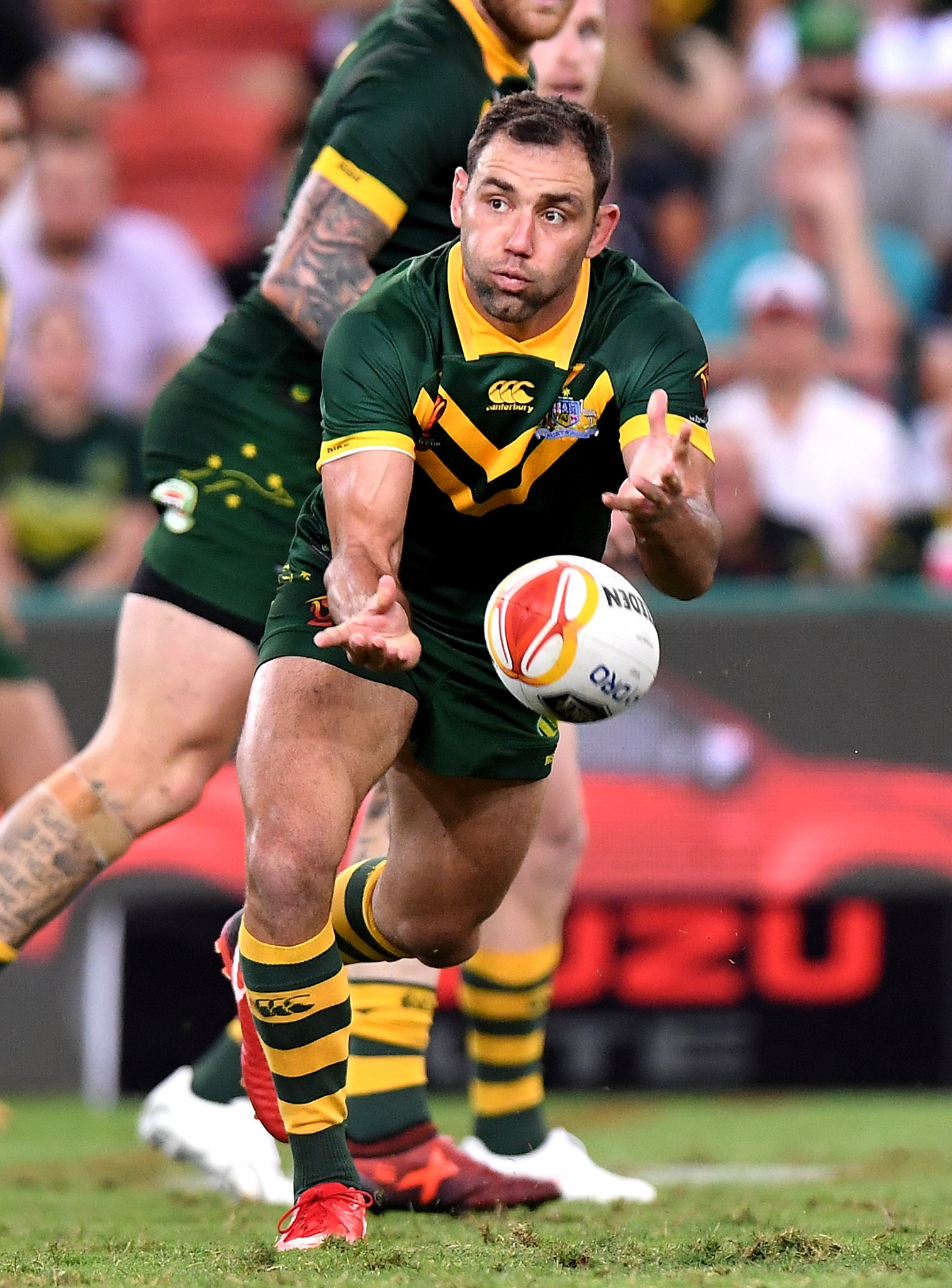 Australia captain Cameron Smith has been awarded the international rugby league player of the year for the second time, three days before the Kangaroos play England in the World Cup final.

Smith, who also won the Golden Boot in 2007, won the 2017 Dally M Medal as the National Rugby League's top player this year and led Melbourne to the NRL premiership.

Fotu-Moala will lead New Zealand against Australia in the women's World Cup final, which precedes the men's title match on Saturday, with both games in Brisbane.

The pair received the prestigious awards at the official Rugby League World Cup 2017 Grand Final luncheon which took place at the Sofitel Brisbane and was attended by all four finals teams.

The presentation of the RLIF Golden Boot was made by RLIF Chairman Nigel Wood and caps an outstanding year for Smith who has led the undefeated Australian team with distinction, winning his 50th cap for the Kangaroos during 2017.

Smith also won the 2017 Dally M Medal, 11 years after winning his first Medal, and led the Melbourne Storm to the NRL Premiership.

He has been an ever-present force in the Australia team during 2017, kicking 24 goals to date in the 2017 World Cup and surpassed Clive Churchill's record for most consecutive Tests.

RLIF Chairman Nigel Wood said: “Cameron has secured his place as one of the greats in the history of Rugby League.

“His outstanding performances edged out Jason Taumalolo whose performances in this World Cup played a major role in the excitement and colour which Tonga brought to the 2017 World Cup.

“Cameron is a deserving recipient of the Golden Boot and is recognised by his peers and followers of our sport as a truly exceptional player.

“I join the nominations panel and my colleagues on the RLIF Board in congratulating Cameron.”

The presentation of the Women’s World Cup Player of the Tournament was made by RLIF chief executive David Collier.

Fotu-Moala has scored three tries in three games but it is the strength of her defence which has shone.

Teulia was also named New Zealand Women’s Player of the Year in 2017, establishing her as one of the top female players in the world game.

Collier said: “Teuila has been devastating in both attack and defence and is a punishing runner of the football.

“She has laid the foundation for the Ferns’ outstanding run in the tournament and has been the leading forward in the competition.

“I thank the broadcaster of the women’s event for their role in the nominations process and Rugby League World Cup 2017 for their delivery of the first Women’s World Cup held in parallel with the men’s competition which has significantly enhanced the development of women’s Rugby League.

“I join the Board of the RLIF in congratulating Teuila on this well-deserved award.”