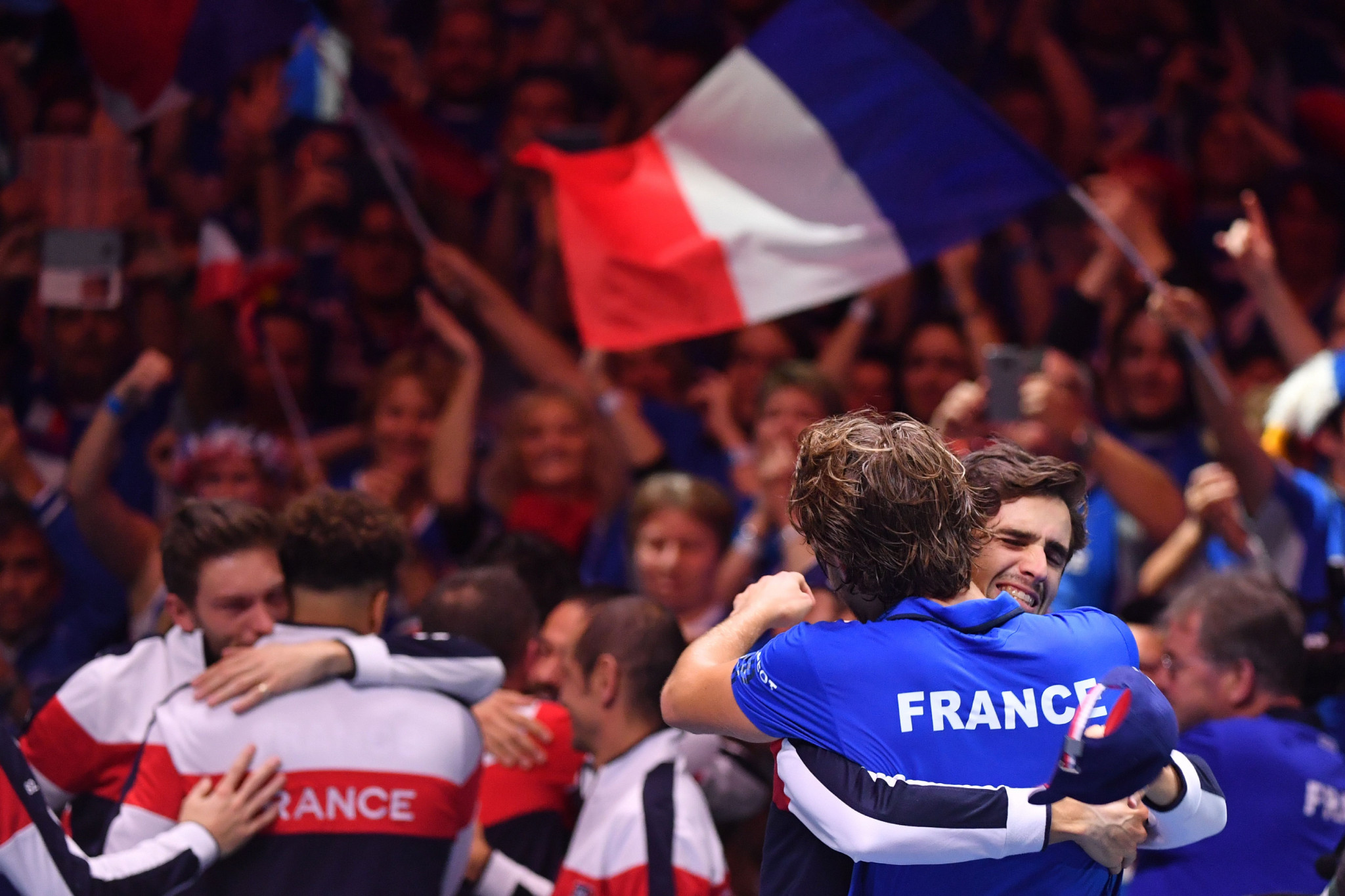 Hosts France lifted the 2017 Davis Cup after Lucas Pouille thrashed Belgium's hapless Steve Darcis 6-3, 6-1, 6-0 in as one-sided a contest as you are ever likely to see, in Lille.

But Pouille, ranked at 18 in the world, saw off 33-year-old Darcis, at 76, in a quickfire time, losing only four games in front of a passionate and electric home crowd.

The French thus reclaimed the Davis Cup crown for the first time since 2001, having fallen in the final three times in the last 15 years, in 2014 to Switzerland, 2010 to Serbia and 2002 to Russia.

The 23-year-old was all over Darcis from the beginning, scoring the decisive break in the opening set in Darcis’ first service game.

He proceeded to break the Belgian three times in the second set, including to love to clinch it and sealed a momentous win before dropping to the floor where he was swamped by his ecstatic teammates.

"When Jo lost I was crazy in my head and I was like go on, play your game, try to beat him. This is a feeling from another world," Pouille said.

"There are no words needed, just look at the atmosphere and hear the emotion right now.

"I am so proud of my team, we really wanted this trophy. After 16 years, we finally got it, I'm very happy."

Tsonga had six break opportunities but Goffin escaped on each and every one.

The Belgian hardly had a look-in on Tsonga’s serve until the tiebreak, but then clicked into gear.

Tsonga underwent treatment on his neck at the end of the first set and, deflated by the loss of the opener, lost his way.

Although he saved the first of Goffin’s first two break point chances of the match at 15-40 and 2-3, he double-faulted again with the second.

Worn down by the Belgian’s unrelenting ball retrieval, he was broken at 30-40 in the third game of the third set, and again in the fifth game, when he skewed a forehand volley wide and then flung a tired forehand beyond the baseline.

Trailing 1-4 at deuce in the sixth game, Tsonga and captain Yannick Noah got involved in a heated debate with umpire James Keothavong when the former, believing a Goffin drive was out, stopped playing but was refused the opportunity to challenge.

Soon afterwards, Goffin served out the victory to set up the tense finale between Pouille and Darcis, who have never faced each other before, on the biggest stage of their careers.

The Davis Cup was first contested in 1900 when the United States defeated Great Britain.