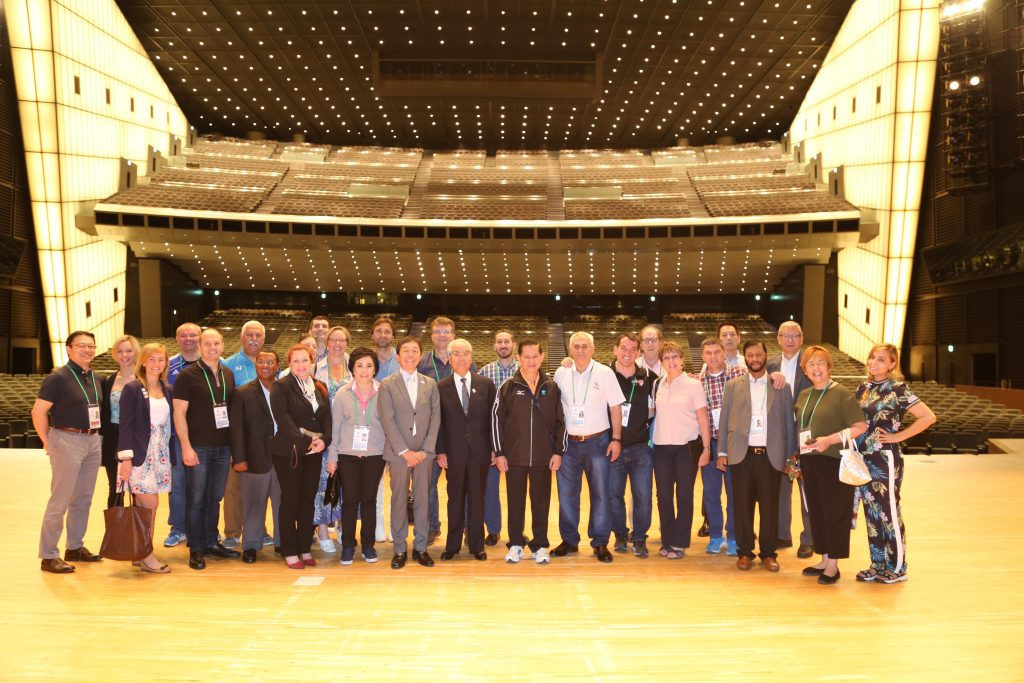 The International Weightlifting Federation (IWF) Executive Board today unanimously approved recommendations made by the Clean Sport and Sports Programme Commissions as the world governing body aims to ensure it retains its place on the Olympic programme.

The independent Clean Sport Commission has held a number of meetings this year and, following an extensive analysis of the anti-doping efforts in weightlifting over the last 10 years, presented what the IWF describes as its "innovative and pioneering" recommendations to the Executive Board here.

The Commission determined that while significant improvements have been made in the IWF weightlifting programme since the 2012 Olympics in London, there is scope to do a lot more work to combat doping.

Among the others is the implementation of new rules in the IWF Anti-Doping Policy to send a clear deterrent message to countries that if they do not fulfil their anti-doping responsibilities to ensure that their athletes are clean, they will lose their right to participate in international competition for a period up to four years.

A requirement for athletes being in the IWF registered testing pool and other national team athletes to provide the world governing body with an updated list of their coaches and other athlete support personnel is another recommendation.

The enhancement of anti-doping education, devised in collaboration with WADA and iNADO, has also been suggested.

The two-day Executive Board meeting, due to conclude tomorrow, comes at a time when the IWF is hoping to persuade the International Olympic Committee (IOC) that weightlifting should retain its Olympic status.

All of today’s recommendations will form the basis of the IWF’s submission to the IOC, due to hold its next Executive Board meeting in Lausanne on December 5 and 6.

Also approved was the idea of the Clean Sport Commission staying engaged for an additional four-year period in order to consult with the IWF as it progresses with the implementation of the recommendations.

The Commission will  review and evaluate the progress of the IWF’s execution on an annual basis.

"Today marks the start of a new chapter for international weightlifting," IWF President Tamás Aján said following the first day of the Executive Board meeting.

"We accept that in the past the incidence of doping in weightlifting has been too high and we had already moved aggressively to combat this.

"But with the excellent recommendations that we have approved today, we have a clear strategic plan for how to address this incidence and ensure that we move forward towards a cleaner future."

The IWF Executive Board also approved the recommendations of the Sport Programme Commission, designed to protect the integrity of the sport and ensure the very best, clean weightlifting competitions at the Tokyo 2020.

One of the key recommendations was the shortening of the qualification period and an obligation for athletes to compete a minimum number of times, at certain intervals, to ensure athletes will be regularly subjected to in-competition doping controls.

In addition to the reports of the Clean Sport and Sport Programme Commissions, the IWF Executive Board also heard reports from the Technical Committee, Coaching and Research Committee, and Medical Committee.

The Executive Board meeting precedes the 2017 IWF World Championships, which are scheduled to take place here from Tuesday (November 28) to December 5.

The World Championships will be televised live in the United States and will be shown in more than 100 other countries, despite the absence of most of the strongest weightlifting nations.

Nine countries, including China and Russia, are banned for multiple doping offences, while North Korea, which had the most top-ranked athletes across the weight categories, did not enter for political reasons.