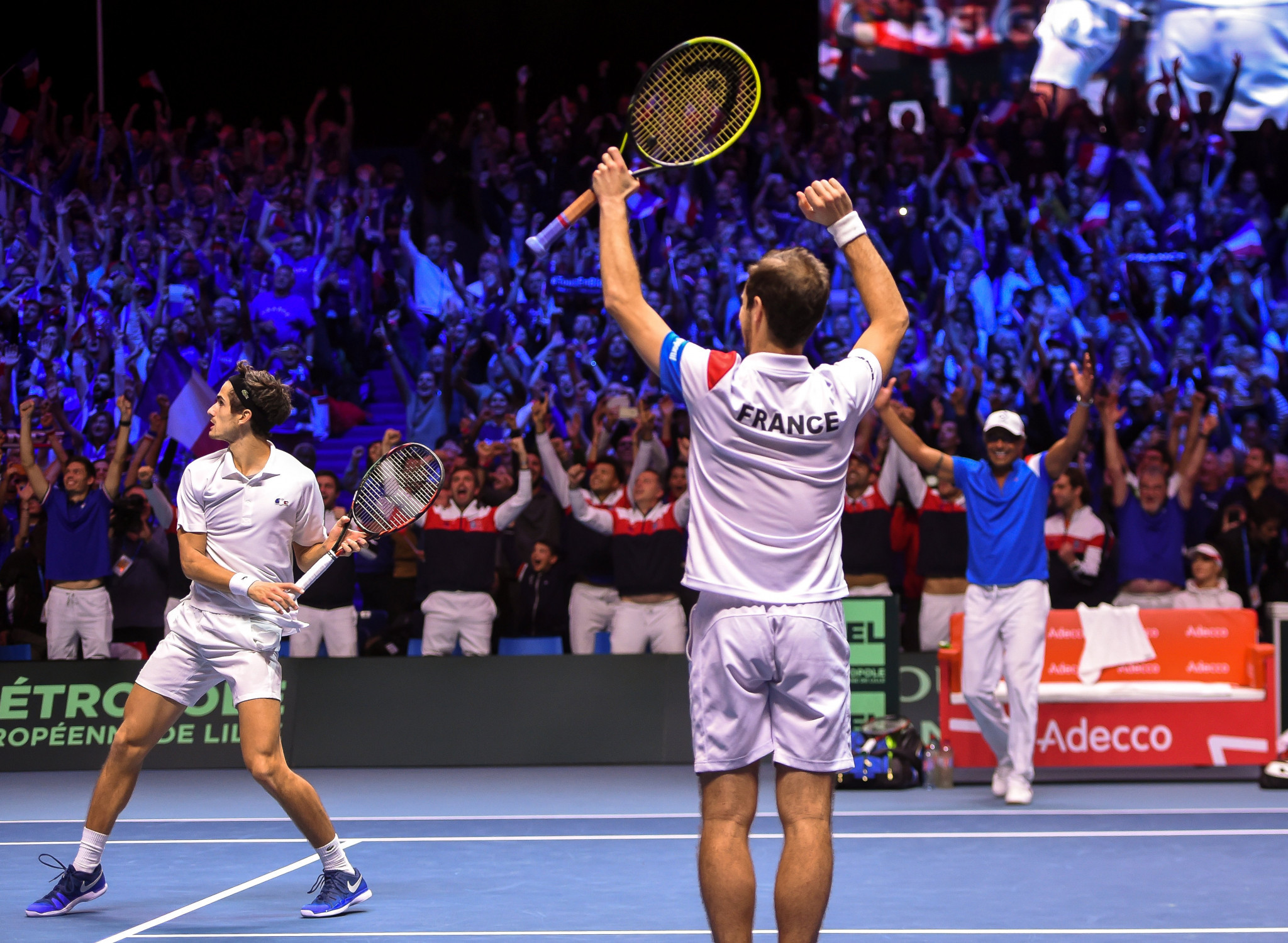 France have edged closer to their first Davis Cup title since 2001 after winning the doubles rubber against Belgium in front of a home crowd in Lille.

Richard Gasquet and Pierre-Hugues Herbert gave the hosts an ideal start to the crucial tie, as the pair stormed to the opening set at the Stade Pierre Mauroy.

Having lost the set 6-1, Ruben Bemelmans and Joris De Loore responded impressively for Belgium as they looked to bounce straight back.

The duo combined to good effect to break the French pairing, which eventually led to them taking the second set 6-3.

Both pairings proved evenly matched throughout the third set, leading to a tie-break being required to separate the teams.

Gasquet and Herbert prevailed 7-2 in the tie-break to edge back in front, before attempting to seal the victory.

Herbert expressed his delight that he had been able to triumph alongside Gasquet, but admitted he had hoped to play the rubber with long-time doubles partner Nicholas Mahut.

"We didn’t know what to expect but we stayed together from the beginning to the end," he said.

"We got the win and we're so happy.

"I was thinking about him [Mahut] the whole time.

"I've played for three years with him, I wanted to play this match with him.

"It was a different situation with the coach, but I'm happy that I won for him, for the guys on the bench that couldn't play today."

France will clinch their first title since 2001 and ninth in total should they win either singles rubber tomorrow.

Their rivals will need to win both rubbers if they are to avoid a third defeat in the Davis Cup final, with Belgium still seeking their first crown.