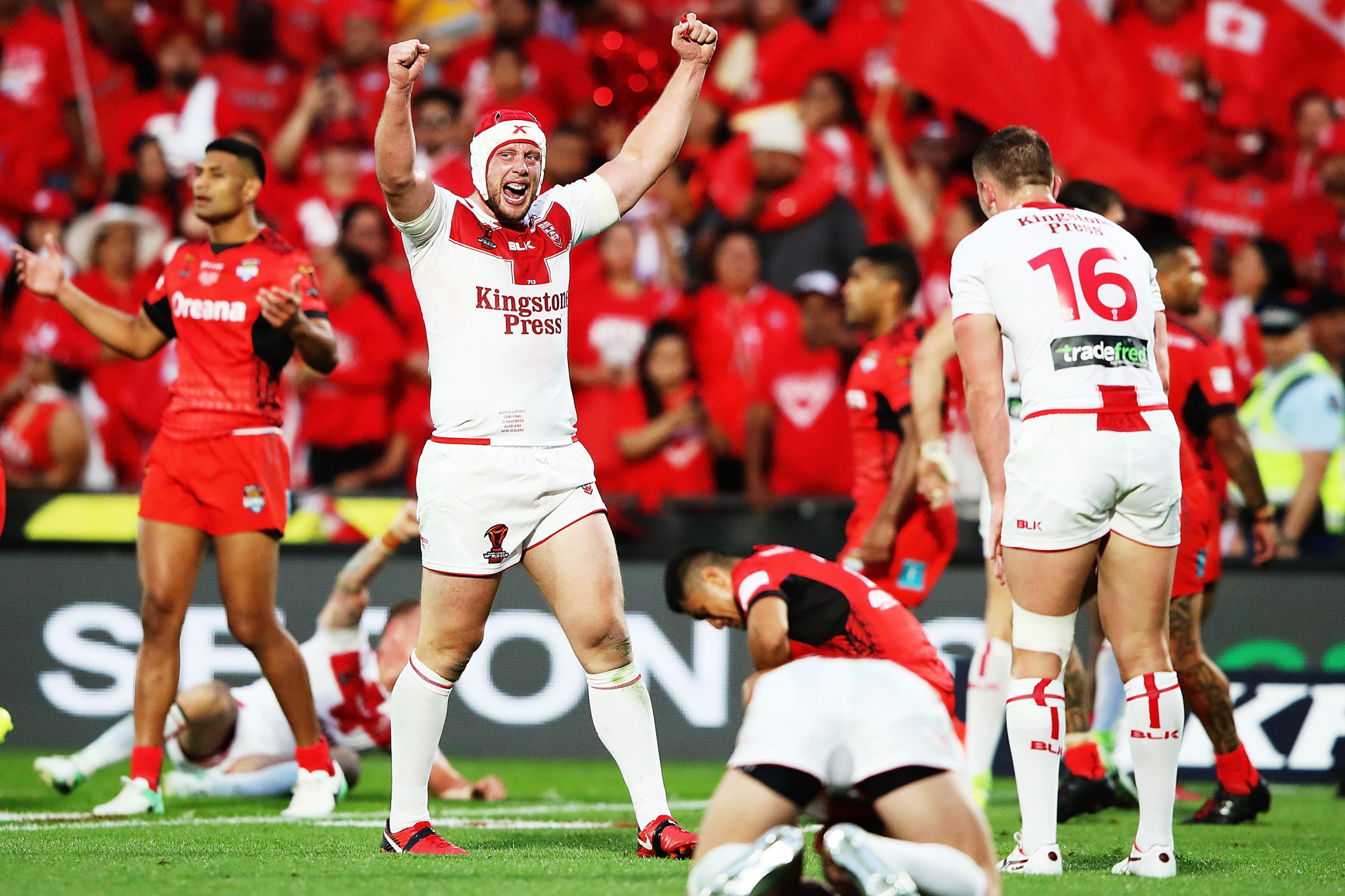 England booked their place in the Rugby League World Cup final but were forced to hold off a spirited late effort by Tonga in Auckland.

The English team were seeking to reach the final for the first time since 1995, with their side making the breakthrough in the 10th minute en-route to a 20-18 win.

Widdop added a penalty as play resumed after half-time, adding to the two conversions from the first half.

He would also add a conversion when John Bateman went over for England’s third try of the match, as they stormed into a 20-0 lead.

The result appeared assured with 10 minutes of the match remaining, but a late Tonga surge threatened a comeback.

Tevita Pengai Junior reduced the deficit when he went over for Tonga’s first try, which proved the spark for a late revival.

The gap between the two teams was reduced to just two points when Tuimoala Lolohea crossed for Tonga’s third try a minute later.

Despite their rally, it proved too late for Tonga to overhaul England as they were unable to score in the final three minutes in front of a crowd of 30,003.

Having held on, England avoided a fourth successive semi-final defeat at the World Cup, with the last three coming at the hands of co-hosts New Zealand.

The Kiwis were beaten by the Tongans in the quarter-finals.

England will now hope to overcome defending champions Australia in the final, which is due to take place at Brisbane Stadium on December 2.

Australia brushed aside Fiji 54-6 in their semi-final on home soil yesterday.