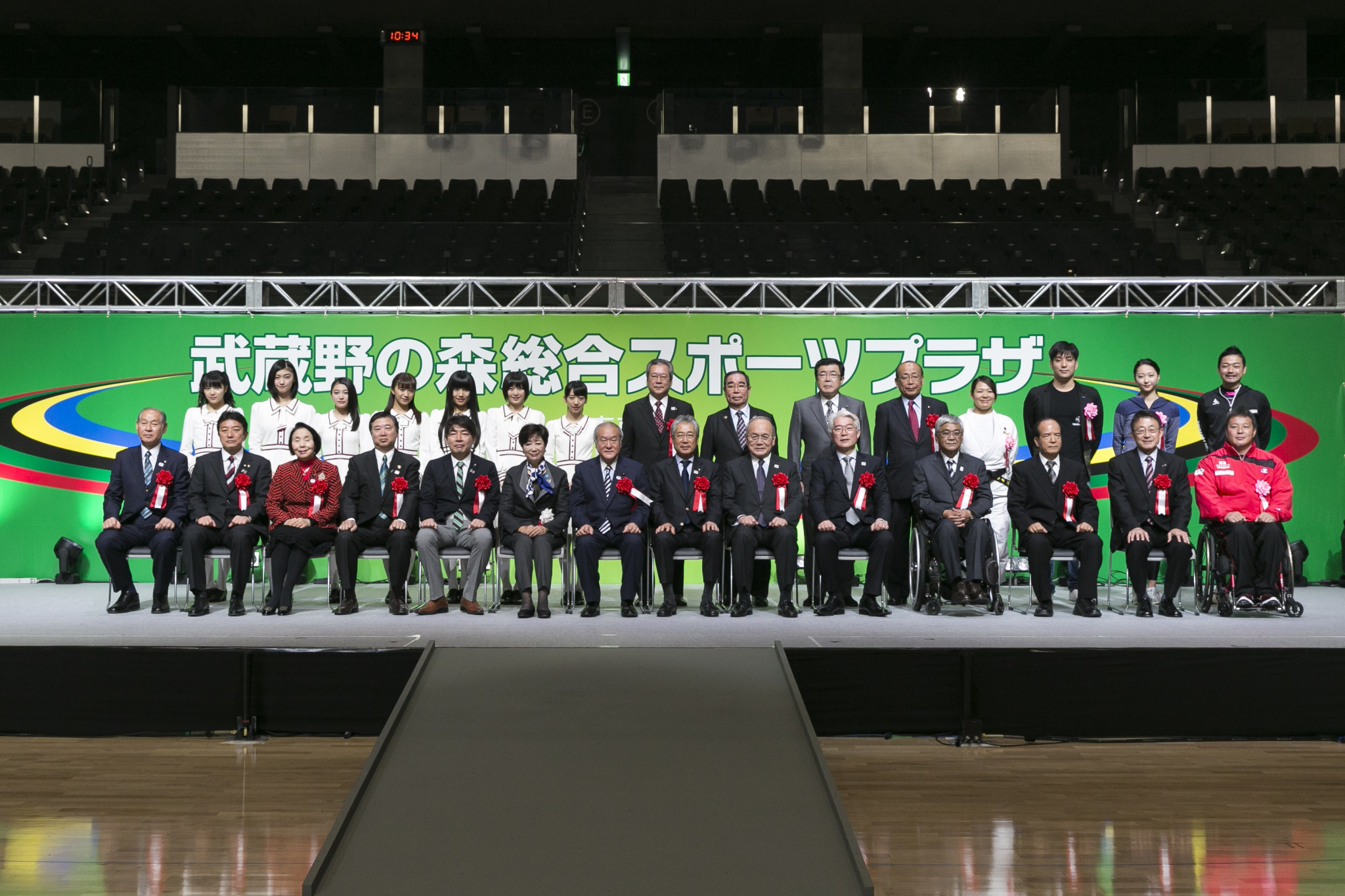 Tokyo 2020's first new permanent venue has been officially opened to the public today as officials claimed preparations for the Olympic and Paralympic Games are "well on track".

The Musashino Forest Sport Plaza, which will host badminton and modern pentathlon's fencing round at the Olympics, and wheelchair basketball at the Paralympics, is the first of eight new permanent venues to be completed.

It was opened at a Ceremony in the Japanese capital.

Tokyo Governor Yuriko Koike was among those in attendance at the event.

The opening of the arena provides a boost to organisers following several setbacks in the construction of other venues.

It has a 10,000 seating capacity and also features a swimming pool, a gym, a multi-use sports area and two fitness studios, all of which will be available for use by the general public.

"We are making real progress in our preparations," Koike said.

"We have passed the 1,000-days-to-go mark and we intend to build on this momentum and continue the hard work."

Tokyo 2020 insisted the delivery of all the 40 venues - including the eight which will be permanent, 24 existing sites and eight temporary constructions - was "going according to plan".

It comes after a number of issues with venues for the Games, including the National Stadium.

The initial project for the stadium was scrapped by Japanese Prime Minister Shinzō Abe in August 2015 because of spiralling costs.

The venue was also due to stage the 2019 Rugby World Cup final but the debacle forced organisers of the tournament to put forward the Yokohama Stadium as a replacement.

Tokyo 2020 were dealt a further blow last month when a survey revealed the quality of the water at Tokyo Bay, the location of the marathon swimming and swimming leg of the triathlon, was not good enough to meet International Federation standards.

"I am delighted that this first new permanent venue has been delivered and inaugurated in such an early phase of the Games life cycle," said Muto.

"The Organising Committee's activities have switched from the planning phase to the delivery phase and our eyes are now firmly on the opening date of the Games.

"Tokyo 2020 will fulfil its promise and deliver a safe and successful Games that will leave a lasting legacy and benefits for everyone."