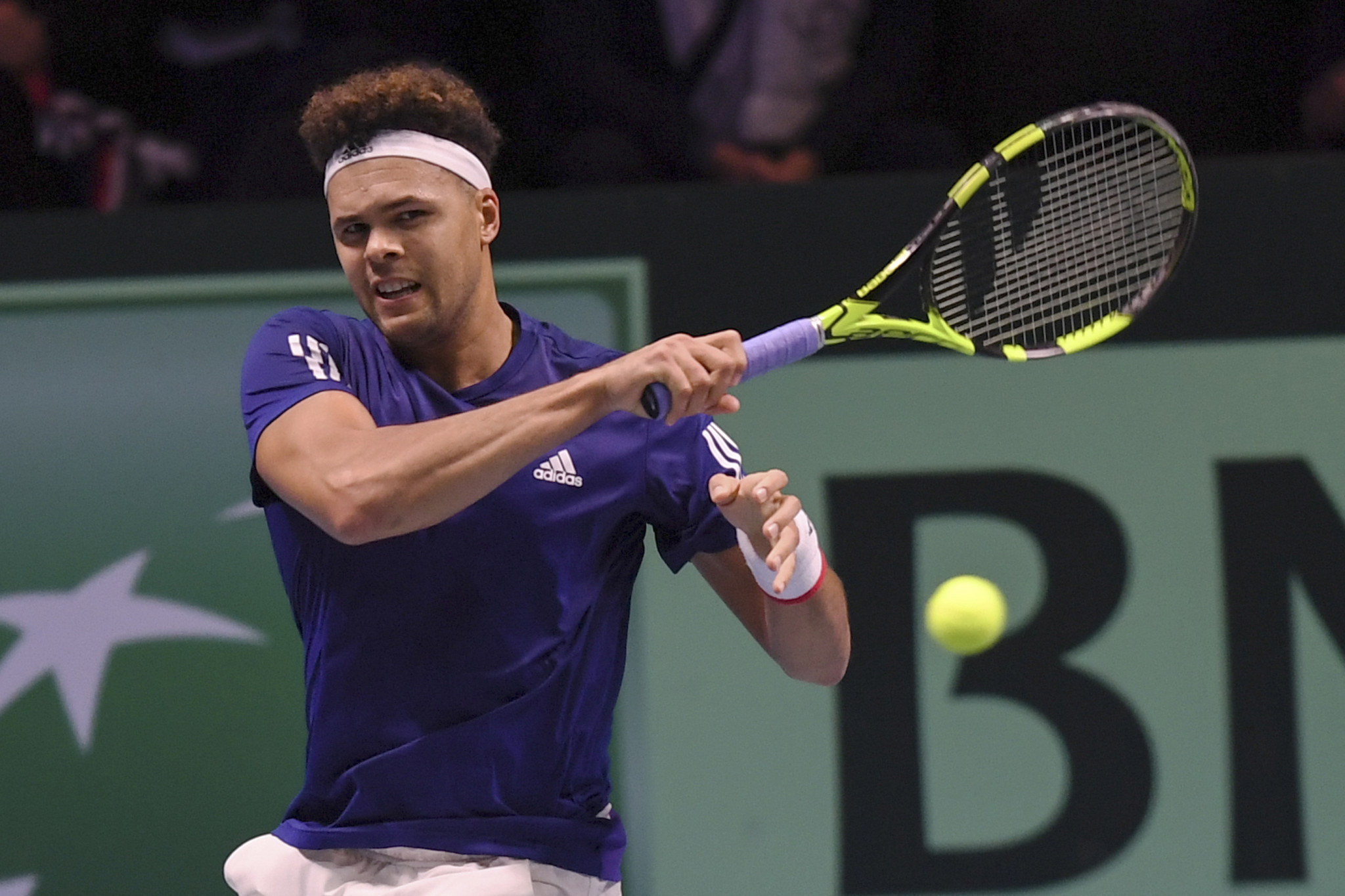 Jo-Wilfried Tsonga earned an emphatic victory over Steve Darcis to draw hosts France level on the opening day of the Davis Cup final in Lille.

The Frenchman was required to get his team off the mark in the second singles rubber after Belgium made the brighter start at the Stade Pierre Mauroy.

David Goffin showed the form which saw him end as the runner-up at the ATP World Tour Finals in the opening match.

The Belgian was forced to battle for the first set against France's Lucas Pouille, whom he shares a good relationship with off court.

Having failed to beat Pouille in their three previous meetings, Goffin was boosted by breaking to take the opening set 7-5.

It proved a pivotal point of the match, as the Belgian player took full control of proceedings afterwards.

The home crowd were boosted when Tsonga took the opening set 6-3 against Darcis in the second tie.

Tsonga maintained his momentum as the match progressed, with the 32-year-old powering away from Darcis to secure a 6-3, 6-2, 6-1 success.

The result leaves the tie level heading into the second day.

Focus will turn to doubles action tomorrow, with Ruben Bemelmans and Joris De Loore poised to take to the court for Belgium.

They are due to take on France’s Richard Gasquet and Pierre-Hugues Herbert.