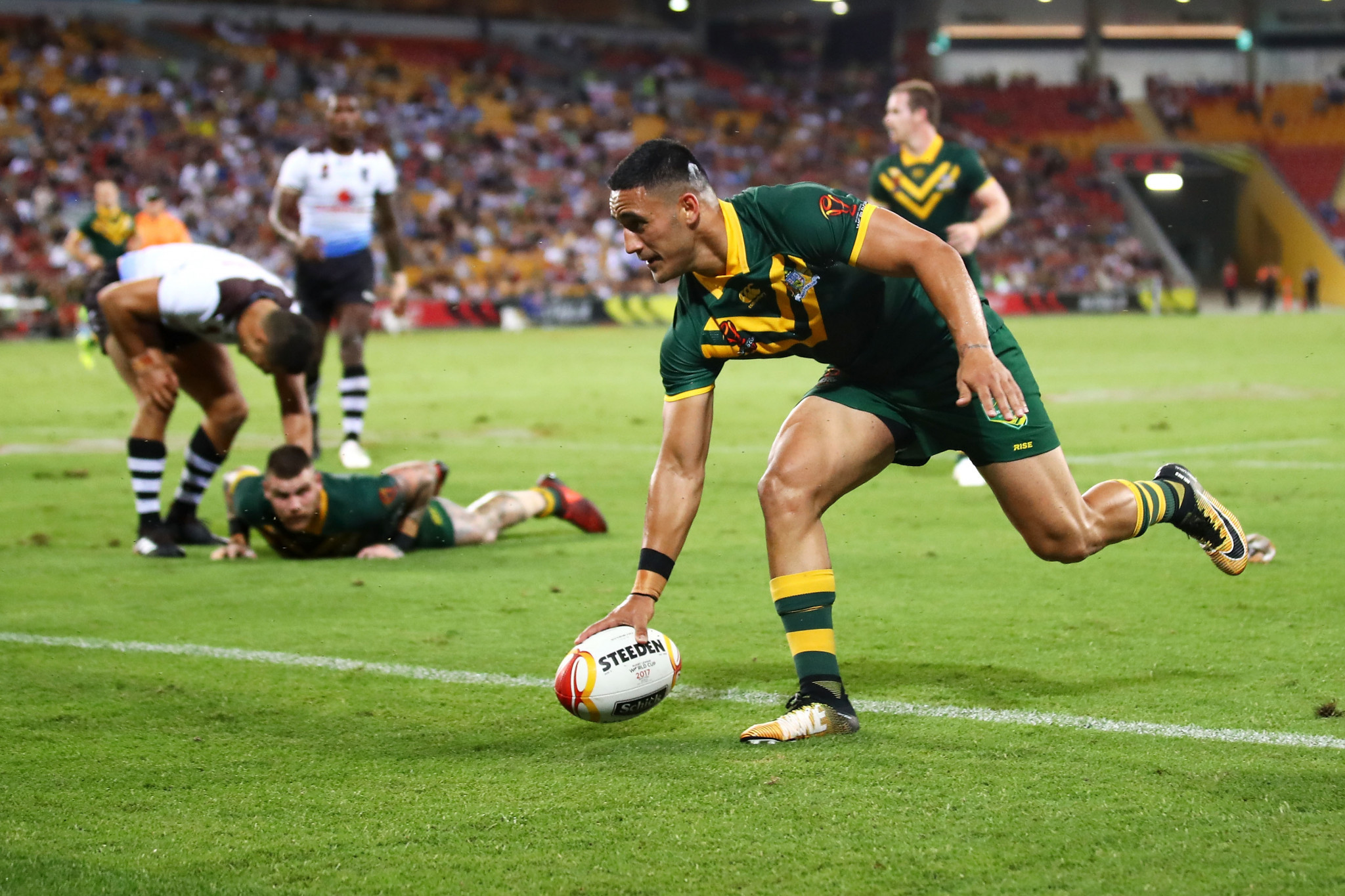 Valentine Holmes became the first man to score six tries in the same game at a Rugby League World Cup as Australia thrashed Fiji 54-6 to cruise into the final.

Holmes' haul bettered the five tries he scored against Samoa in the quarter-finals and was among 10 tries for the defending champions at the Brisbane Stadium.

Australia will now go on to face the winner of tomorrow’s semi-final between England and Tonga in the final.

Fiji had taken the lead through a Apisai Koroisau penalty but were no match for the host nation.

"The game just ran away from us," Fiji coach Mick Potter was reported as saying by BBC Sport.

"The boys tried their hardest and I cannot ask any more than that.

"We were nice and aggressive but over-cooked it a bit - and giving them easy metres off the back of penalties was cutting our own throat really."

Like their semi-final, the final is also due to take place at the Brisbane Stadium.