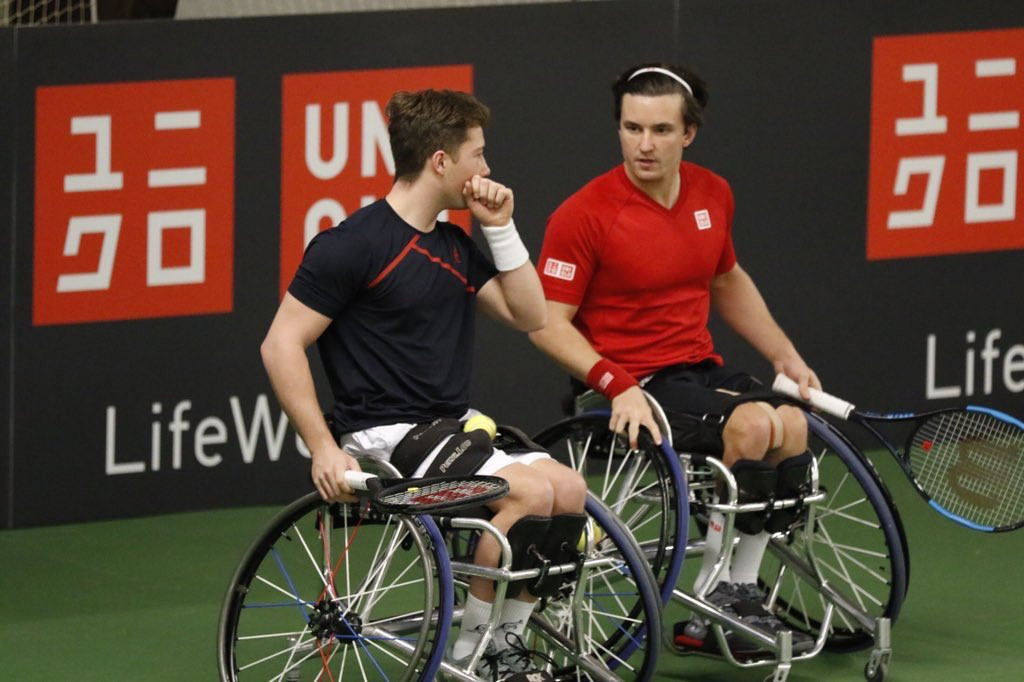 British duo Alfie Hewett and Gordon Reid, the reigning Wimbledon and US Open champion pair, came from a set and 3-0 down to overcome Joachim Gerard and Stefan Olsson of Belgium and Sweden, respectively, on Centre Court at Sportcentrum Schaapskooi in the Dutch village of Bemmel, to maintain their 100 per cent record at this year’s championships.

There was also a three-set thriller on Court One later in the day with Briton Lucy Shuker and Dana Mathewson of America eventually overcoming the experienced pair of France's Charlotte Famin, 44, and South Africa's Kgothatso Montjane.

The momentum seemed to be with the latter pair after they won the second set 6-3 but Shuker and Mathewson managed to wrestle back control of the match in the third set with the final score reading 6-2, 3-6, 6-3.

The oldest player of the quartet is Caverzaschi at 24.

Unfortunately for Anker and Spaargaren, they failed to make use of their home advantage and lost emphatically 6-0, 6-3.

De La Puente and Caverzaschi will now face Gustavo Fernandez of Argentina and Dutchman Maikel Scheffers in their next pool match, who lost in straight sets - 6-2, 6-4 - to top seeds and reigning champions Stephane Houdet and Nicolas Peifer of France in the opening match on Centre Court.

Tomorrow sees the final pool matches played across the day before the knockout stages being on Saturday.

The finals will take place on Centre Court on Sunday with the bronze medal match being decided on Court One.