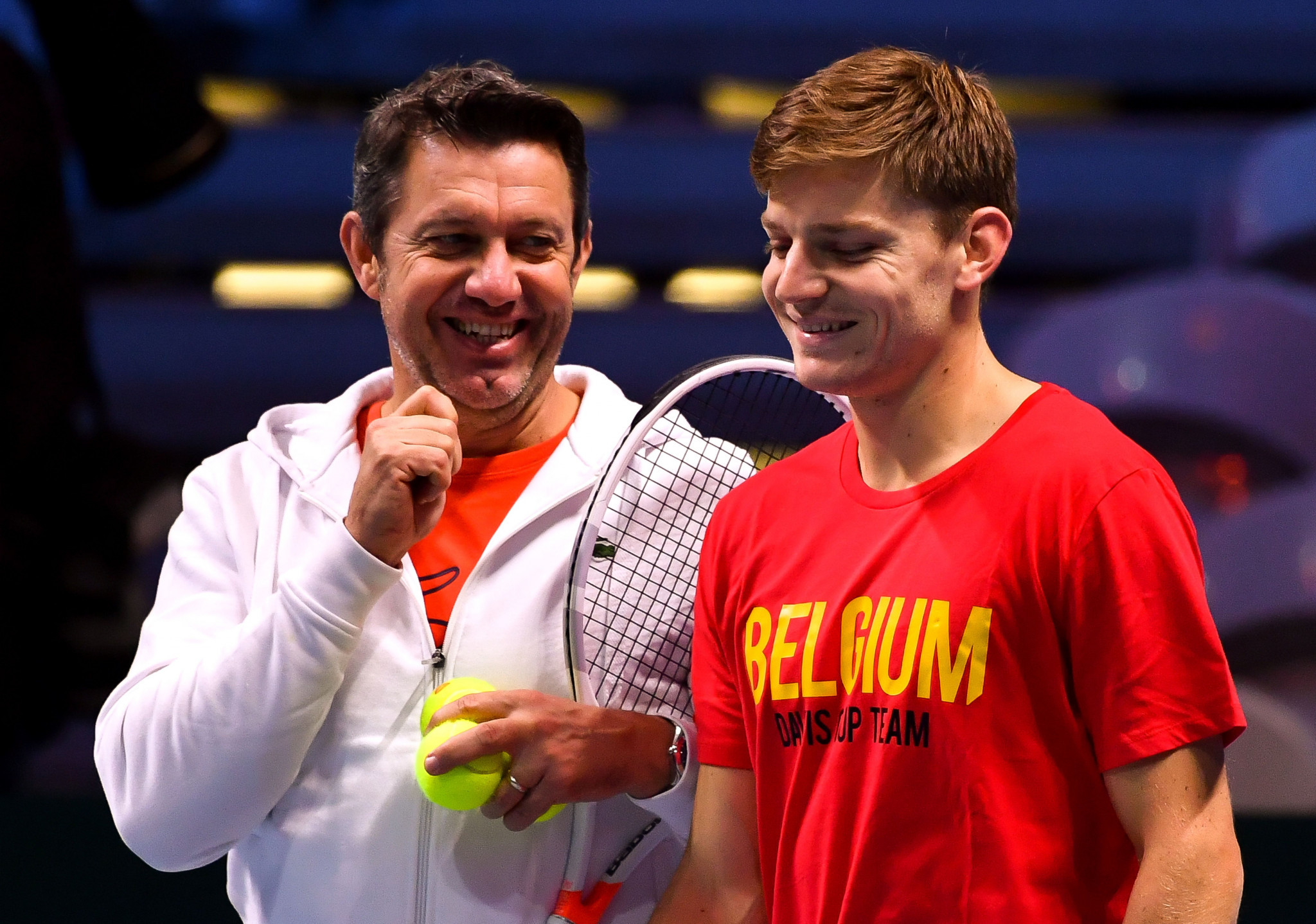 David Goffin and Lucas Pouille are good friends off the court but they will be the best of foes on it when they kick off the 2017 Davis Cup by final in France.

Goffin, a current career-high world number seven, heads into tomorrow's event in Lille on the back of a fine ATP Finals in London where he defeated both Roger Federer and Rafael Nadal.

But has never defeated world number 18 Pouille in their three previous meetings.

“We’re friends and I’m sure we’ll be friends after the match as well,” Goffin said.

“I’ve never beaten Lucas so I will try to find a solution to find my best tennis."

Jo-Wilfried Tsonga will follow them onto court against Steve Darcis having shone when France overcame Serbia in the last four.

The 32-year-old is likely to play another huge role.

“If I have to play on all three days I’m ready to do it,” said Tsonga, who boasts a 20-7 win-loss record in singles and 6-1 in doubles in Davis Cup rubbers.

The French are looking to reclaim the Davis Cup crown for the first time since 2001, having fallen in the final in 2014 to Switzerland), 2010 to Serbia and 2002 to Russia.

Goffin has Davis Cup final experience having beaten Great Britain’s Kyle Edmund in the opening rubber in 2015, only for Belgium to lose 3-1 in Ghent against an Andy Murray onslaught.

"It won’t be easy, two years ago I played first in the final and I was tired," admits Goffin.

"This time I will try to be a little more relaxed and play as good match as I can from the start.”

Belgium came from behind to beat Australia in the semi-finals but trail 4-3 against France in the head-to-head.

Interestingly, the countries last met in the 2001 first round, handsomely won by the French 5-0.

France have made a late change to their team with Richard Gasquet, not named in Yannick Noah’s original four-man side, replacing Nicolas Mahut.

Belgium captain Johan Van Herck has also made a change, bringing in Joris De Loore, who has not played on the Tour since undergoing knee surgery in September.

“I haven’t played any tournaments since the operation, but I’ve worked hard and practice is going well,” said De Loore.

De Loore has been involved in two crucial five-set Davis Cup doubles victories for Belgium over the past two seasons.

France, seeking its 10th Davis Cup title, go into the contest as strong favourites against Belgium, which is contesting the final for the second time in three years.

But the surprise of the French line-up could level things up, although Byuelgian captain van Herck would not comment.

"That's their decision," he said.

“I don’t know what’s happening on the other side.

"It’s not for me to judge whether it’s a good decision or not.

“All my four players here today will be ready to play all three days.

"We’ll see how it goes after the first day. Both teams have a lot of choices.”

The International Tennis Federation have announced a partnership with leading worldwide companies Avis France, DPD France and Sika to become international partners of the 2017 Davis Cup.

ITF President David Haggerty said: “We are pleased to welcome Avis France, DPD France and Sika to our family of sponsors and give them the opportunity to spread their messages on a global stage at the Davis Cup by BNP Paribas Final.

"These are well established brands who share our view that team tennis is vital for the health of the sport and we look forward to a fantastic Final in Lille that delivers value to all our sponsors.”

ITF Executive Director, Commercial, Tim Stemp added: “The ITF has worked hard in creating inventive and meaningful partnership campaigns that deliver value for our partners on a global stage, across employee, business to business and business to consumer channels.

"By securing Avis France, DPD France and Sika, Davis Cup by BNP Paribas continues to build on a prestigious 117-year history in association with premium, global brands working together to promote tennis around the world.”