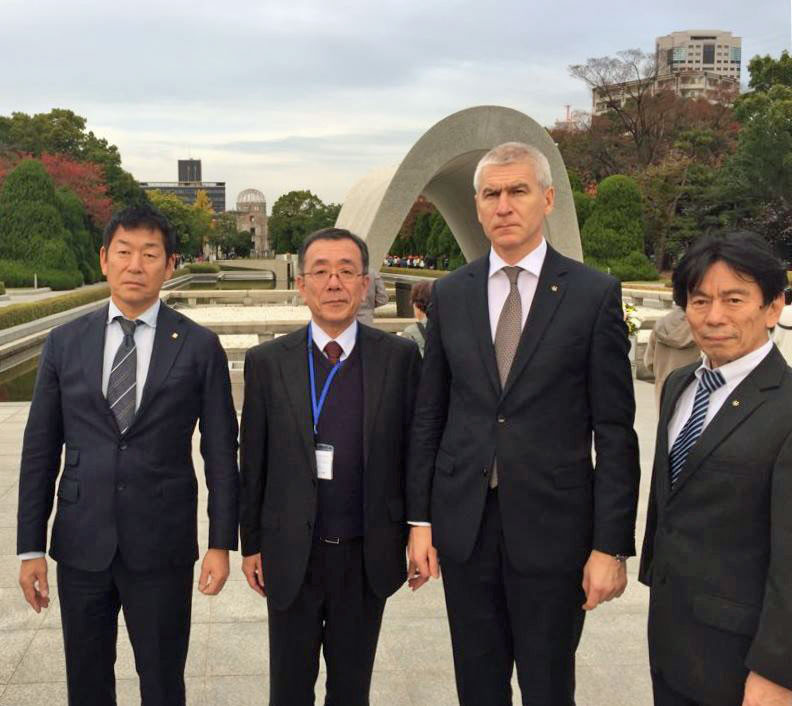 Oleg Matytsin, President of the Federation of International University Sport (FISU), has visited the Japanese city of Hiroshima to discuss planning of university sports projects.

He was a guest of Morinari Watanabe, President of the International Gymnastics Federation, and Hisato Igarashi, a member of the Executive Committees of FISU and of the Japanese University Sports Board (JUSB).

Matytsin visited the city's sports venues and met Hidehiko Yuzaki, Governor of the Hiroshima Prefecture, and Kazumi Matsui, the Mayor of Hiroshima.

FISU, JUSB and the local authorities agreed to work together to promote unity among students and to combat violence and conflict.

Hiroshima, of course, was the scene on August 6 in 1945, of the first nuclear bombing, which destroyed the city and killed over 100,000 people - it was followed three days later by the bombing of Nagasaki, which killed at least 35,000 people.

He said that the lessons of Hiroshima should always be remembered and that humanity should make every effort to ensure that such tragedies were never repeated.