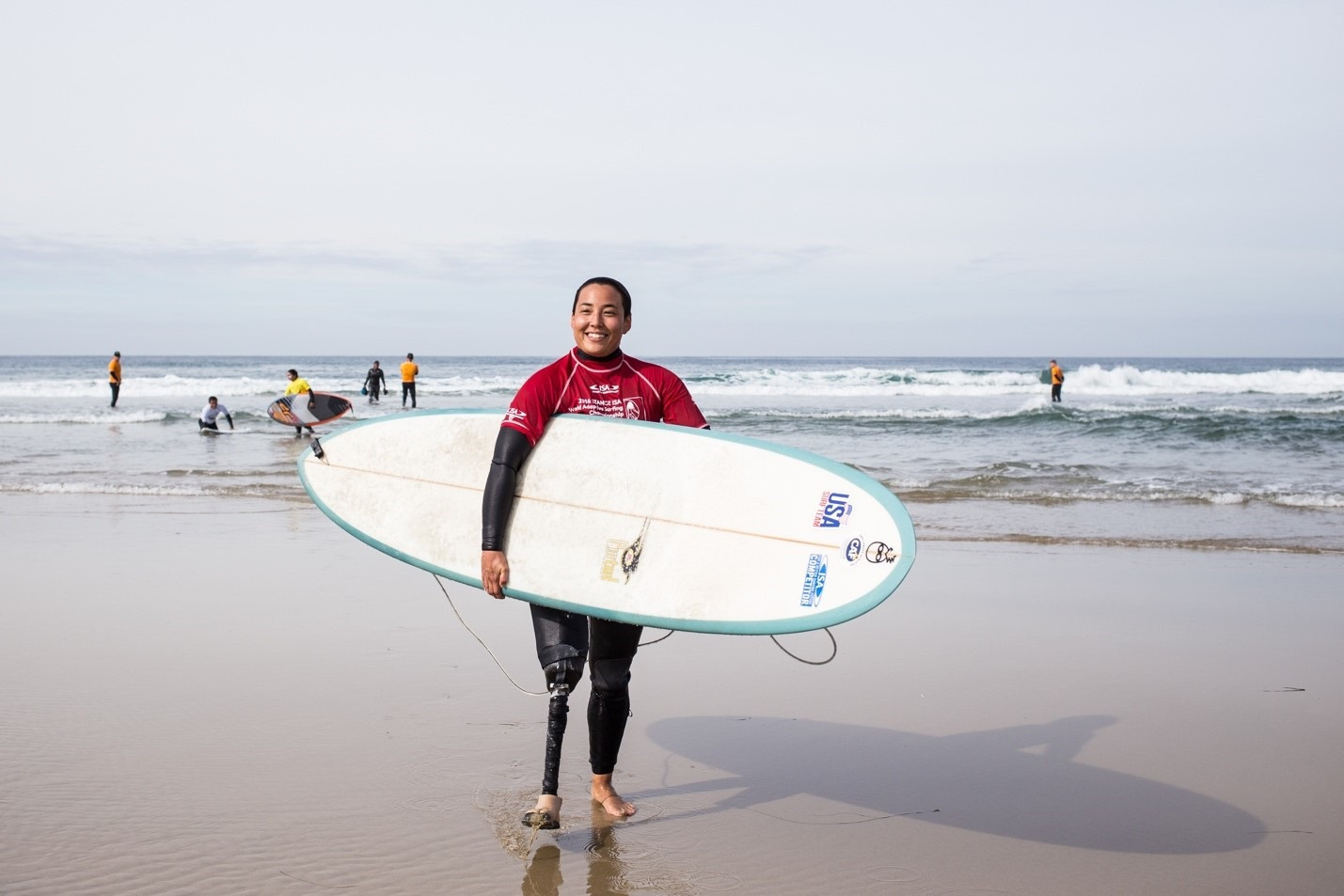 The 2017 World Adaptive Surfing Championship will feature women’s divisions for the first time, as the International Surfing Association (ISA) eyes inclusion on the 2024 Paralympic Games programme.

Competition at the Championships previously featured mixed gender divisions, but the governing body have looked to accommodate the growing interest among female surfers.

The ISA state that of the six divisions which classify surfers based on their physical impairment, five will feature enough female participation to merit a separate division.

“The ISA is proud to be actively promoting and developing women’s surfing around the globe,” said Fernando Aguerre, ISA President.

“Creating an opportunity for women in the Stance ISA World Adaptive Surfing Championship is just another step in working towards complete gender equality, which is the ultimate goal.

“The growth of Adaptive Surfing in just the last few years has been incredible to see, and under ISA leadership we are intent on taking the sport to where it belongs in the 2024 Paralympic Games.”

The 2017 Championships will be the first to take place since the ISA gained recognition from the International Paralympic Committee (IPC).

Earlier this month, the IPC invited recognised federations to submit their interest in becoming part of the Paris 2024 Paralympics, as they officially launched the selection process.

The sport programme is expected to be revealed in January 2019.

San Diego is poised to stage the World Adaptive Surfing Championships, with action taking place from November 29 to December 3.

The 2016 event saw a record-breaking 77 athletes from 21 countries participate, with the number expected to grow further this year.

The ISA believe the forthcoming editions are likely to surpass the tally, with the aim of over 100 athletes and 25 countries taking part in the 2018 event.

Southern California-based surf brand, Vissla, has also been confirmed as having renewed its status as the presenting sponsor of the World Championship.

“The determination, courage, inspiration and fearlessness of the world-class athletes competing in the World Championship epitomize our principles as a brand and define our value of creative freedom.

“The future is looking bright for Adaptive Surfing and we are excited to be along for the ride.”