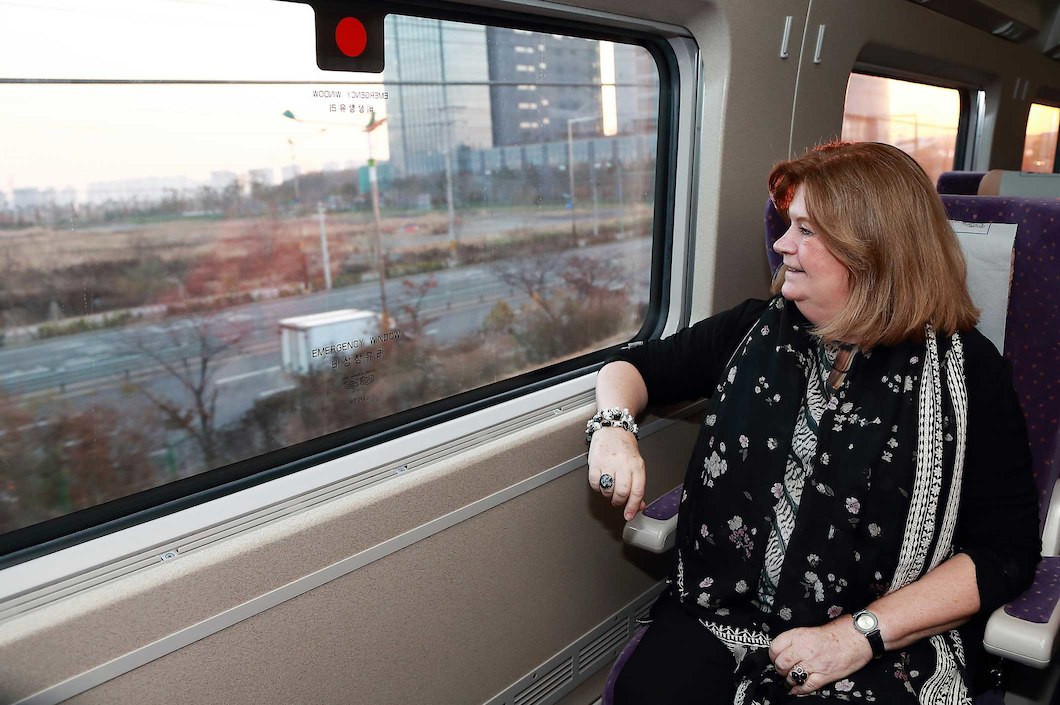 A final International Olympic Committee (IOC) technical review of Pyeongchang 2018 preparations for the Winter Olympics is due to begin tomorrow.

The IOC’s executive director for the Olympic Games, Christophe Dubi is also present among the delegation.

Their delegation travelled from Seoul to Pyeongchang on the high speed train, with the rail link currently undergoing its final stage of testing.

“My journey on the new high-speed rail link between Incheon Airport and Jinbu Station was extremely smooth and comfortable," said Lindberg.

"I can highly recommend it to anyone thinking of coming to the Games in February.

"Having seen the development of this project from the outset, I am delighted to have been able to take part in this final testing phase.

"Not only will the train serve as a great transport option for those coming to the Games, it will continue to connect Seoul to the Alpensia mountain region and Gangneung coastal areas for decades to come.

"It is a great example of a country using the deadline of the Games as a catalyst to deliver a project that will bring lasting benefits to the country and its citizens."

The train will officially be opened on December 1, with travel times expected to take between one and a half to two hours, depending on the station.

A total of 51 trains are expected to be available to spectators daily during Games time, it has been claimed.

Each train can accommodate up to 410 passengers, allowing nearly 21,000 people to easily commute to the Alpensia and Gangneung venue clusters.

It has been claimed inspections of venues, ticket sales and the promotion of the Games will form a key part of the visit.

Ticket sales have proved a major concern in the build-up to the Games, with an update in October revealing that only 30.3 per cent of the 1.07 million tickets organisers hope to sell for next year's Games had been sold.

International Ski Federation President Gian-Franco Kasper admitted earlier this month that he does not expect many spectators to attend events at next year's Games.

The Swiss official had claimed European spectators have been put off from travelling to Pyeongchang by the current political tension in the Korean Peninsula.

Organisers are hopeful that Pyeongchang 2018 can be a vehicle for peace between North and South Korea.

It currently remains unclear as to whether North Korea intends to send a delegation, despite figure skaters Ryom Tae-Ok and Kim Ju-sik having qualified for the pairs competition.

A record 94 countries have expressed interest in sending athletes to next year's Winter Olympics, organisers confirmed earlier this month.

The final list of nations expected to compete at Pyeongchang 2018 is due to be confirmed on January 29, when the deadline for entries from the National Olympic Committees passes.

Venues for the Games are 99.7 per cent complete, following the completion of the Opening and Closing Ceremonies at Daegwallyeong-myeon, Pyeongchang-gun county, in Gangwon-do province.

The Winter Olympics are due to take place from February 9 to 25, with the Paralympics following from March 8 to 18.