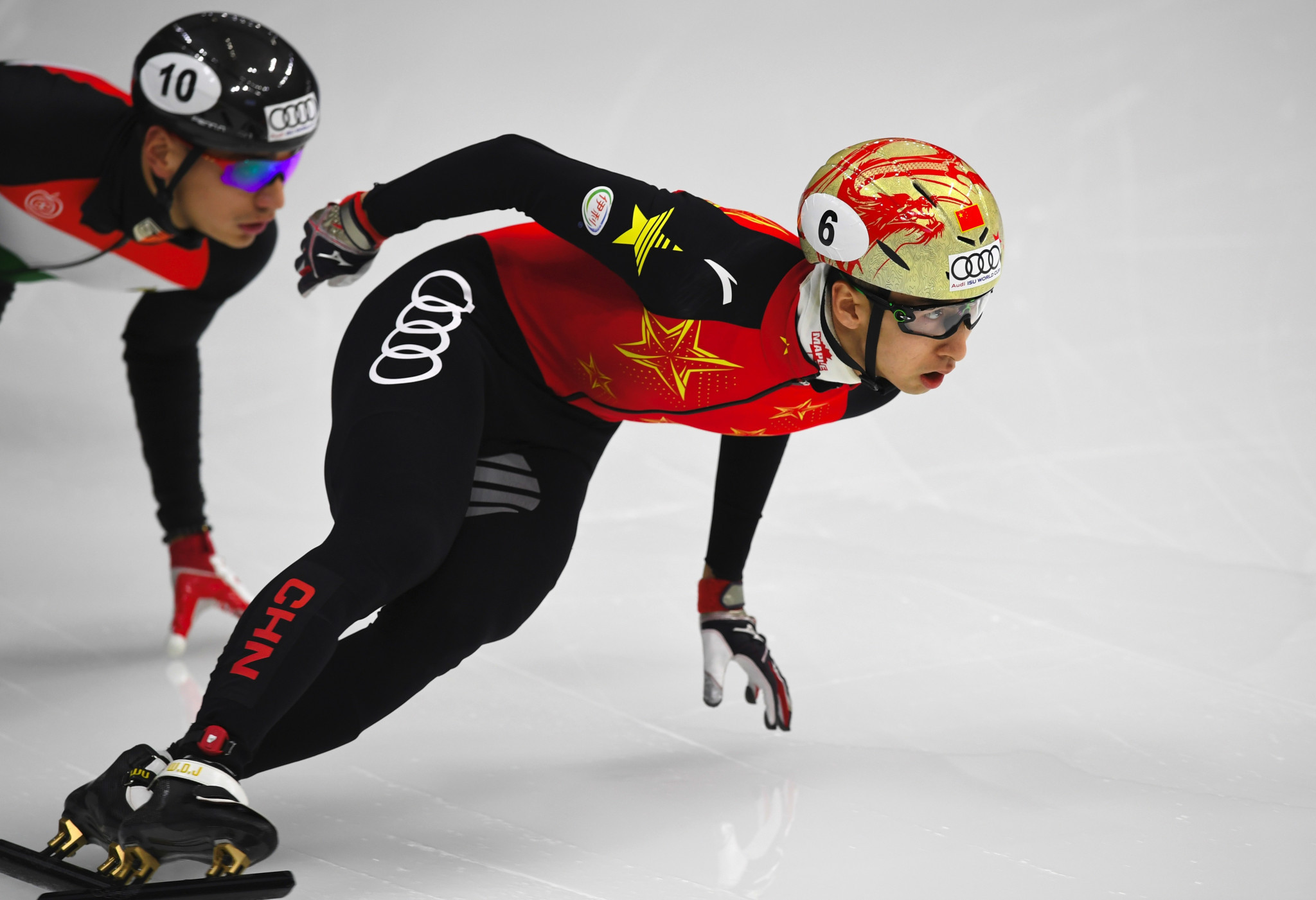 The 23-year-old had claimed two gold medals last week in Shanghai with the 500 metre and 1,000 metre titles.

Wu led from the beginning and held off Hungary’s Shaolin and Shaoang  Liu to win the former in 40.559 seconds.

“I hope to get more gold medals to raise my confidence,” he said with an eye on February’s Pyeongchang Olympics.

“There were two Hungarians and one teammate in the race so I had to constantly monitor them.”

Much has been made about the Liu brothers’ rise under Chinese coach Zhang Jing and their Chinese heritage.

Wu added that they are “good friends, but we won’t give in to each other.

“We do our best for our countries.

"I still hope my own teammates do better than others.”

The race for the men’s 1000 metre overall crown was wide open entering the final and Liu Shaolin Sandor’s gold settled it.

Wu Dajing’s hopes were dashed after he finished last.

“It was a really good race, there was so much action. It’s been really exciting from the quarterfinals,” said Liu.

“I hope I can get more experience like this.”

Girard said. “I knew it would be a fast race, everyone wants to be in front, nobody wants to be at the back because there’s a lot of fighting.

"I think I did pretty well, I attacked, I wasn’t holding it back.

"In Shanghai, it was a bit tougher I would say, but I came back stronger here.

"I will train hard for the Olympics and I would be ready for that.”

Dutchman Sjinkie Knegt, the world cup leader coming into Seoul, was penalised in the semifinals.

Kim Boutin became the second Canadian to finish the series as an overall winner after a contentious last corner of the ladies 1000 mere final saw South Korean rival Shim Suk-hee crash out.

Boutin earned the silver while Christie earned a penalty that left her in tears.

Ahead of the drama, South Korea's Choi Min-jeong won her sixth individual gold this season.

Yara van Kerkhof, of The Netherlands, was third.

Boutin explained, “I blocked Christie inside and sometimes contact happens.

"Everyone in there is really strong.

Boutin came to Seoul as the World Cup leader and a silver here proved enough for her to triumph.

“I feel I was in the race until the end so I'm pretty happy with that,” she said.

Bronze medallist Van Kerkhof, 27, was glad to have finally got on the podium.

“In Dordrecht I was fourth twice," she said.

"It was really good but it was not a medal, so I’m really happy I have a medal now.

“It gives a lot of confidence and what can happen here can also happen at the Olympics.

"I get a good feeling for the Olympics.”

The Netherlands took advantage of a collision between the race leaders to win their first ladies 3000 metres relay gold.

The South Korean and Chinese skaters made contact with four laps to go, which allowed the Dutch and Russia to swoop past.

South Korea ended up with the bronze and finished the World Cup series as the overall winner in the relay.

Korea crossed the 5000 metre line first without the services of Hwang Dae Heon, while the USA followed up their world-record feat last week in Shanghai with bronze.