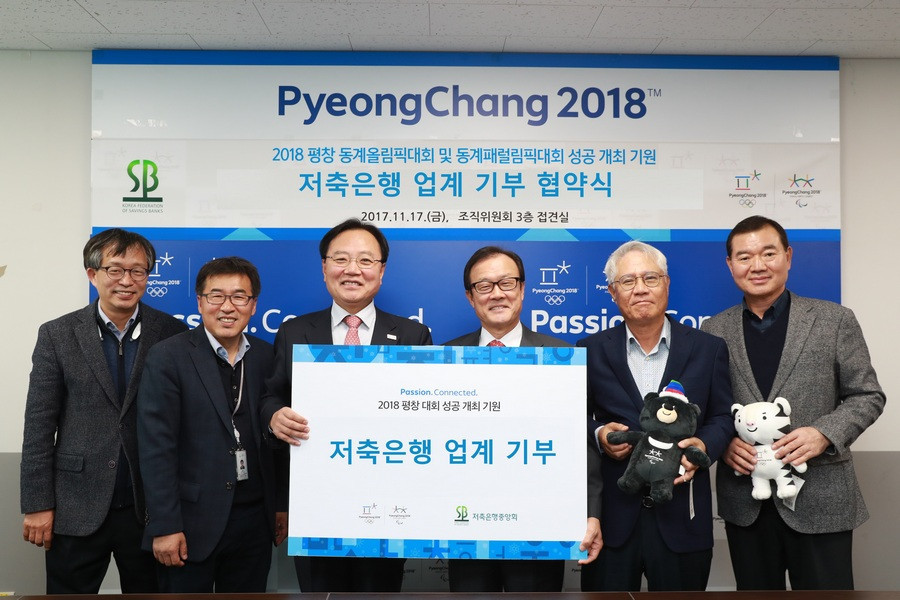 The Korea Federation of Savings Banks has donated ₩1.5 billion (£1 million/$1.4 million/€1.2 million) to Pyeongchang 2018 in a bid to help ensure a successful Winter Olympic and Paralympic Games.

Among those present at the donation ceremony was Kim Ki-hong, the Pyeongchang 2018 vice-president of Games planning, and Lee Sung-woo, chairman of the Korea Federation of Savings Banks.

"This donation will greatly contribute to the booming Pyeongchang Olympic Games and preparation for the successful hosting of the Olympic Games," Kim said.

"As you can see, we will be able to reward you with the perfect preparation for the rest of the year."

Lee added: "We hope that the support of the Korea Savings Bank will help set a successful example for the successful hosting of the Winter Olympics."

The signing of the agreement was attended by Pyeongchang 2018 President Lee Hee-beom and representatives of the Finance Committee of the Korea Development Bank.

The agreement was made after KEB Hana Bank, an official sponsor of Pyeongchang 2018, and the National Federation of Korean Banks decided to discuss cooperation to ensure the success of the events.