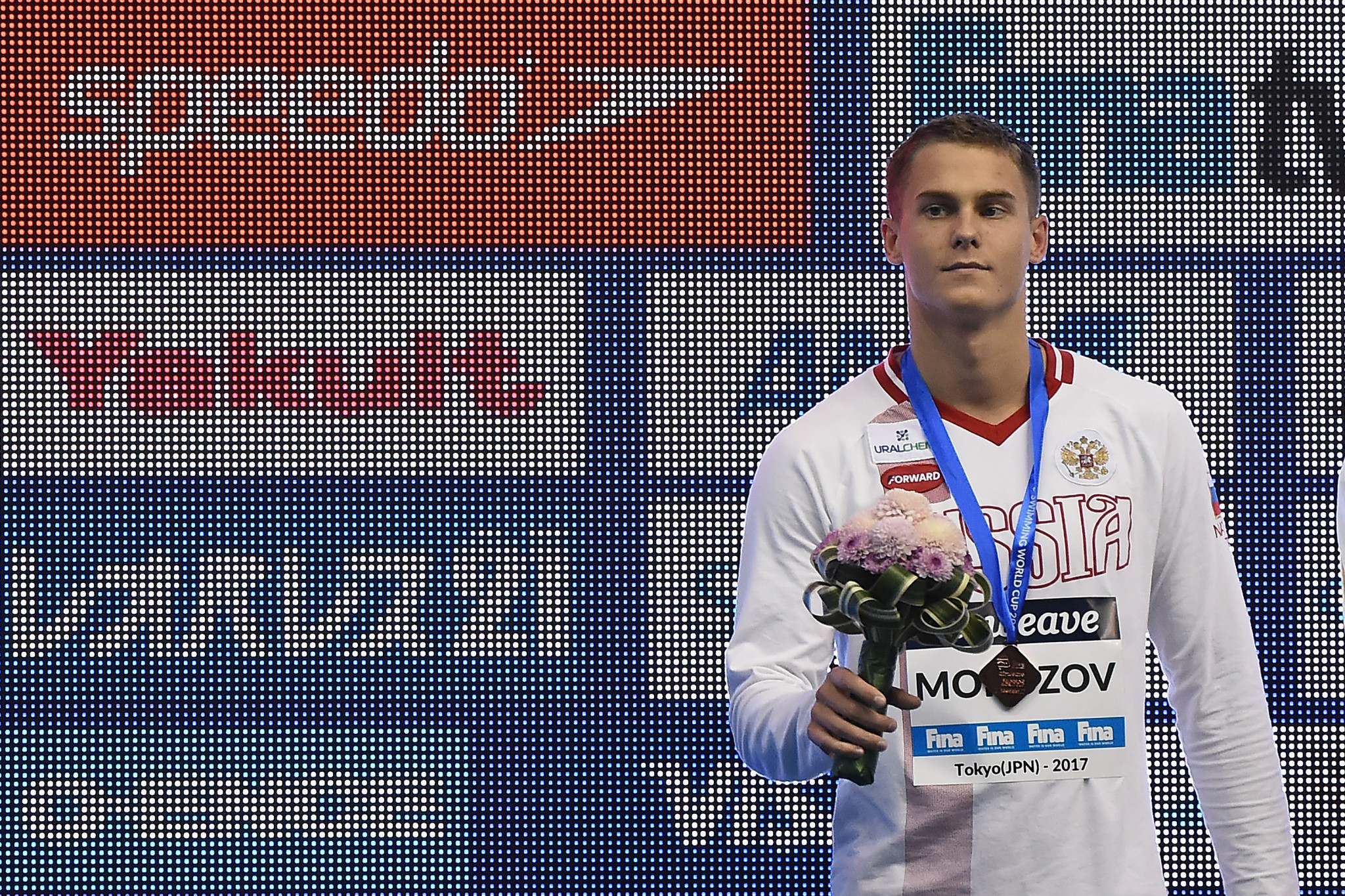 However, Morozov needs to set a world record in tomorrow morning's heats to prevent South Africa's Chad le Clos succeeding him as overall champion before the evening's finals session.

Katinka Hosszú of Hungary also needs to set a world record in tomorrow's heats to have any chance of retaining the title she has held for five years - otherwise it passes to Sweden's Sarah Sjöström.

Le Clos, a four-time Olympic medallist, arrived at the last of the eight-leg World Cup series leading the men's standings with a total of 402 points, 129 in front of Morozov.

The Russian began the opening day's finals by going all out to lower his own world record of 50.30sec in the 100 metres individual medley in a bid to pick up bonus points and exert some pressure on Le Clos, but touched home in 50.49.

The two title chasers later went head-to-head in the 50m freestyle, with the Russian stopping the clock at 20.61 and Le Clos back in fifth, in 21.56.

The South African had earlier won a close race with Daiya Seto of Japan to win the event at which he took the world title in Budapest earlier this year, the 200m butterfly.

Le Clos set a furious pace in the opening 100m, was overtaken by the Japanese at the 150m mark and then produced a powerful final 25m to win by almost a second in 1min 49.25sec.

But today's results mean Morozov is now in pole position in the Beijing-Tokyo-Singapore cluster of World Cup events with 108 points, six ahead of Le Clos, with Seto third on 93.

"I was going for the world record and I was so close - maybe next time," said Morozov after the 100m individual medley.

"I still have the Europeans in Copenhagen coming up.

"I'll go to Moscow for three weeks to work, do a little gym, but it's not much time to prepare."

Cate Campbell of Australia delayed Sjöström's advance to the overall women's title with victory in the 100m freestyle in a time of 50.85, one place in front of the Swede, who clocked 50.99.

"I was pretty happy with the 100m freestyle, to be under 51 seconds," said Sjöström, who did get the winning feeling at least once on the day as she won the 200m backstroke in 2:01.41.

"It was not a perfect race for me but I'm looking forward to the 50 fly and 200 free tomorrow.

"I'm confident I'll win this title now - I have a pretty good lead because I broke those world records in the first cluster.

The American team of Trey Freeman, Regan Smith, Alex Walsh and Andrew swam 1:42.38 in the morning, then 1:41.91 in the final for fifth place, with Australia earning a late victory over Brazil.