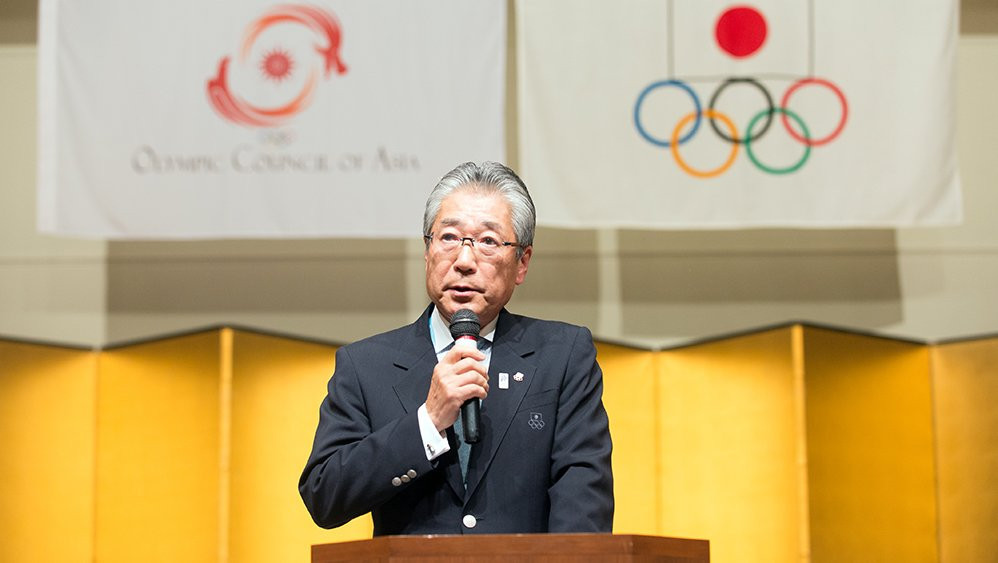 The recognition is the highest WKF accolade and recognises Takeda's "support and contribution" to the martial art which has its origins in Japan.

Karate will make its historic Olympic debut at Tokyo 2020, which Takeda serves as the vice president of the Organising Committee.

The 70-year-old has led the JOC for 16 years and has been a member of the International Olympic Committee (IOC) since 2012.

He competed in show jumping events at both the Munich 1972 and 1976 Olympic Games.

WKF President Antonio Espinós praised Takeda after the decision to honour him was proposed by the WKF Executive Committee.

"Mr Takeda has been incredibly supportive of our sport through his leadership role at the Japan NOC," the Spaniard said.

"From his pioneering efforts at the Japanese sports governing body to his extensive and successful career in sports management, Mr Takeda has elevated the way of understanding sports.

"It is a great privilege to bestow WKF Honorary Membership to him and to consider him a friend of karate."

In September, insidethegames revealed that Takeda would remain as an IOC member beyond his 70th birthday on November 1.

He was proposed as one of the five-permitted age limit exemptions so can remain in the role for Tokyo 2020.