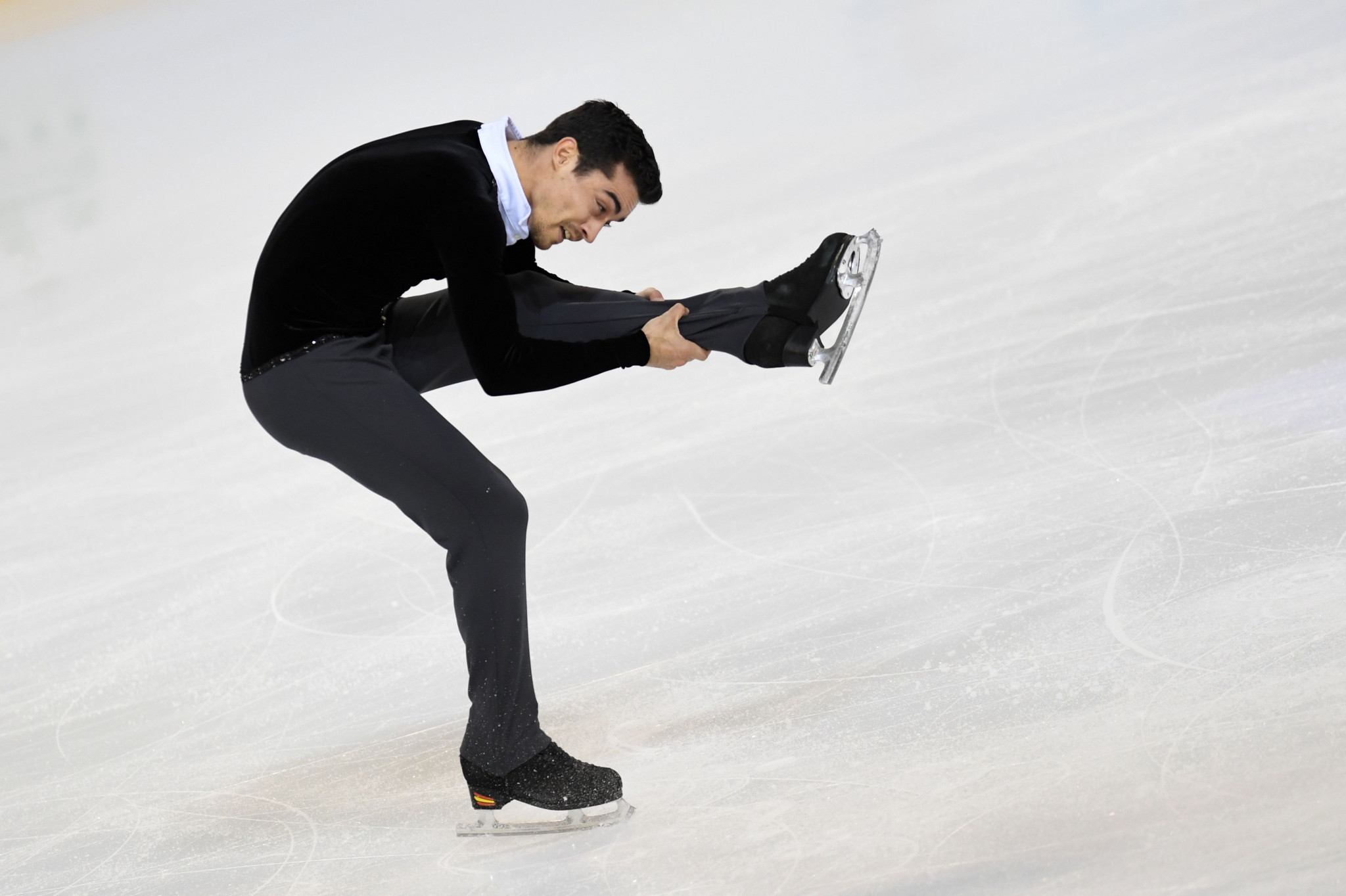 The 26-year-old was ill at his previous Grand Prix outing at the Audi Cup of China earlier this month.

He was able to bounce back today, however, scoring a season's best of 107.86 to top the pile at the Patinoire Polesud in Grenoble.

Fernández, a five-time European champion, opened a "Charlie Chaplin" routine with a quad toe-triple toe combination and followed with a quad Salchow, a triple Axel and level-four spins and footwork.

"The competition isn't done yet," the Spaniard said.

Japan's world silver medalist Shoma Uno is currently second but crashed on his quadruple flip and has 93.92 points.

Russian Alexander Samarin is third on 91.51.

In the women's event, World Championship silver medallist Kaetlyn Osmond of Canada leads after the short programme on 69.05 points.

She landed a triple flip-double toe and a triple Lutz in her routine to lead Russia's Maria Sotskova and Yuna Shiraiwa of Japan who scored 66.05 and 64.57 respectively.

Double world champions Gabriella Papadakis and Guillaume Cizeron impressed in front of their own fans in the ice dance, and lead the way on 81.40 points.

Performing to Ed Sheeran, the French couple produced strong footwork and a straight line lift and bagged a personal best.

Americans Madison Chock and Evan Bates are their nearest challengers on 73.55 with Russia’s Alexandra Stepanova and Ivan Bukin third on 70.02.

In the pairs, Russian European champions Evgenia Tarasova and Vladimir Morozov performed best to lead the standings on 77.84 points, a season's best.

A big triple twist was the highlight of their routine and pushed home skaters Vanessa James and Morgan Cipres into second on 73.18.

The free routines will be held in all four disciplines tomorrow.