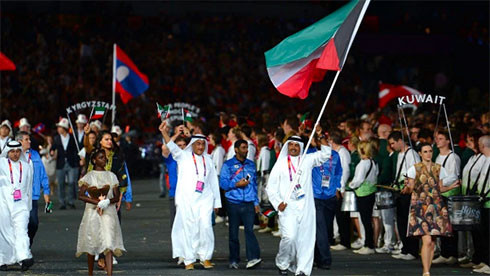 The World Anti-Doping Agency (WADA) today became the latest organisation to ban Kuwait, following in the footsteps of the International Olympic Committee (IOC) and FIFA.

They were one of four countries declared non-compliant today by the WADA Foundation Board along with Russia and Equatorial Guinea and Mauritius.

World sports bodies led by the IOC and football governing body FIFA suspended Kuwait in October 2015 for the second time since 2010 over alleged Government meddling in sports.

There have been several pleas since for the bans to be lifted but all have been rejected.

The country was excluded from participating under their own flag at last year's Olympic Games in Rio de Janeiro.

Kuwait's football team have also suffered as a result of the ongoing impasse over Government interference as they were barred from competing in qualifiers for the 2018 World Cup in Russia and the 2019 Asian Cup in the United Arab Emirates.

Kuwait have been suspended, WADA director general Olivier Niggli told insidethegames, because he claimed their anti-doping programme was not working and Government legislation does not recognise the authority of the Court of Arbitration for Sport.

Equatorial Guinea have been declared non-compliant because they were the only one of 307 organisations that failed to answer a questionnaire on compliance.

Mauritius have been suspended because they have no legislation in accordance with the World Anti-Doping Code.

Russia had a request to have their compliance restored after two years restored rejected because of their failure to acknowledge the WADA-commissioned McLaren Reports which alleged state-sponsored doping in the build-up and during the 2014 Winter Olympic and Paralympic Games in Sochi.

Under rule 43 of the Olympic Charter, countries who are not compliant with the World Anti-Doping Code should be banned from the Games.