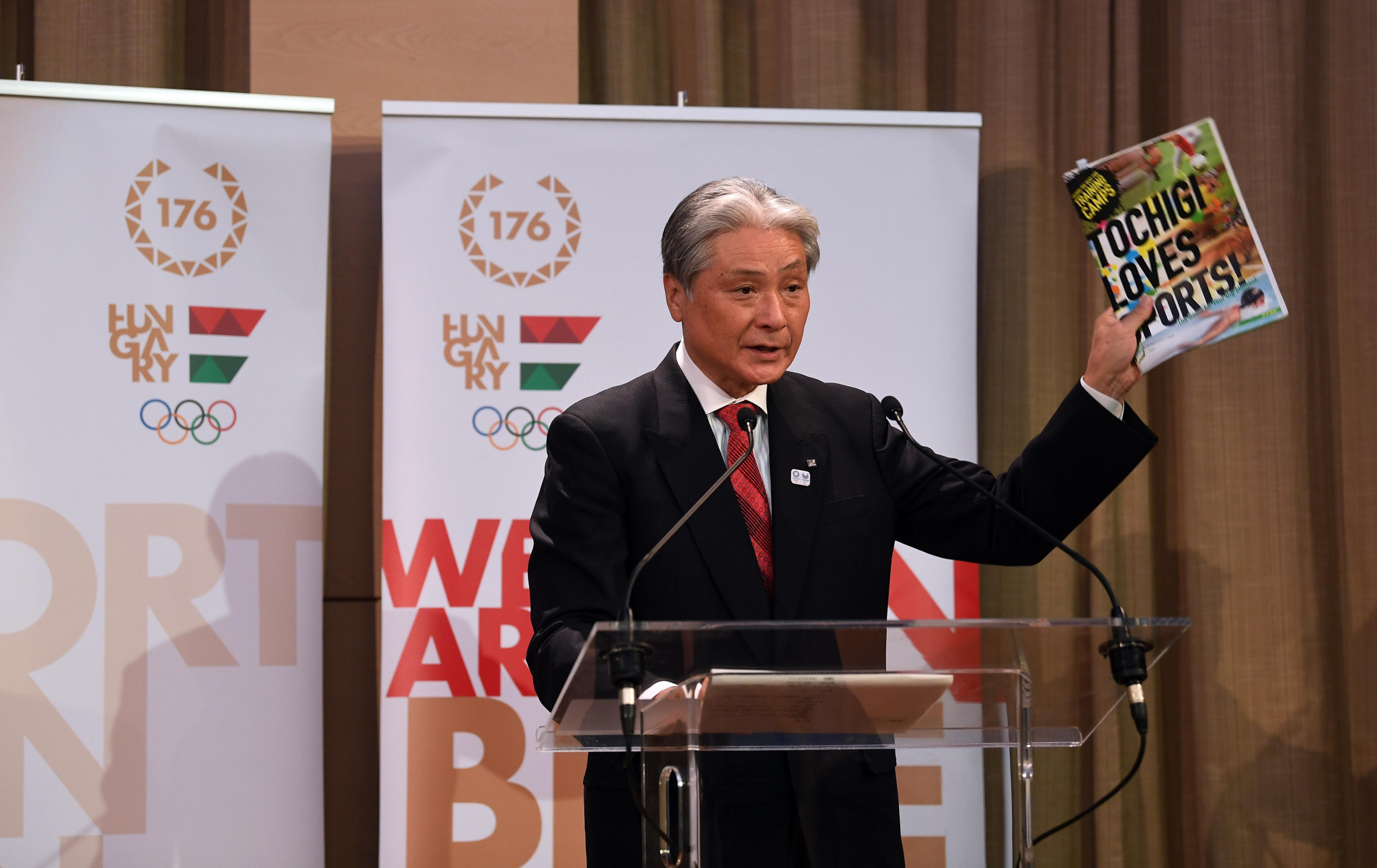 Tochigi Governor Tomikazu Fukuda has headed a delegation on its visit to Budapest as part of a recently-signed tripartite Memorandum of Understanding (MoU) with the Hungarian and Japanese Olympic Committees in preparation for the Tokyo 2020 Olympic Games.

The delegation was invited on the five-day trip by Hungarian Olympic Committee (MOB) President Krisztian Kulcsar.

During the visit, Fukuda personally met the Olympic National Federations of Hungary, pursued bilateral negotiations and gave them a presentation about Tokyo 2020, Tochigi Prefecture sport facilities and development programmes.

As a direct result, it is claimed numerous Hungarian National Federations expressed their strong interest and desire to conduct training camps in Japan as part of their preparations for Tokyo 2020.

The MoU was signed last month and aims to achieve the procurement of sports facilities - for training camps and for the promotion of interactions for Tokyo 2020 - and further develop and strengthen relations between the MOB, Japanese Olympic Committee (JOC) and Tochigi with partners for mutual benefit.

Representing the JOC at the signing ceremony in Japanese city Utsunomiya was vice-president Yasuo Saito, while the MOB and Tochigi Prefectural Government were represented by Kulcsar and Fukuda respectively.

"The National Olympic Committees of Japan and Hungary have had strong partnership, cooperation agreement and friendly bonds resulting this new platform of collaboration and closer sporting ties between their counties," an MOB statement reads.

The MOB intends to explore the opportunity to use and have access to sports facilities in Tochigi, including athletics fields, on terms to be mutually agreed with the relevant parties and facility managers.

This is in the hope that the body will benefit from their use as part of its pre-Tokyo 2020 training strategy.

Tochigi, registered as the host town for Hungary, is aiming to actively contribute to Tokyo 2020 and to ensure a legacy for the future.

As an important initiative for actualising these aspirations, it is hoped that the Hungarian training camps for Tokyo 2020 will be held in Tochigi and that the Prefecture’s people will be able to interact with the Hungarian athletes.

Tochigi intends to support the MOB regarding the procurement of its sports facilities in order to make these plans come true.

The JOC has been and will be responsible for facilitating the relationship between the MOB and Tochigi.

The parties wish to come together to assist each other and explore ways to develop the relationship for mutual benefit leading up to and during Tokyo 2020.