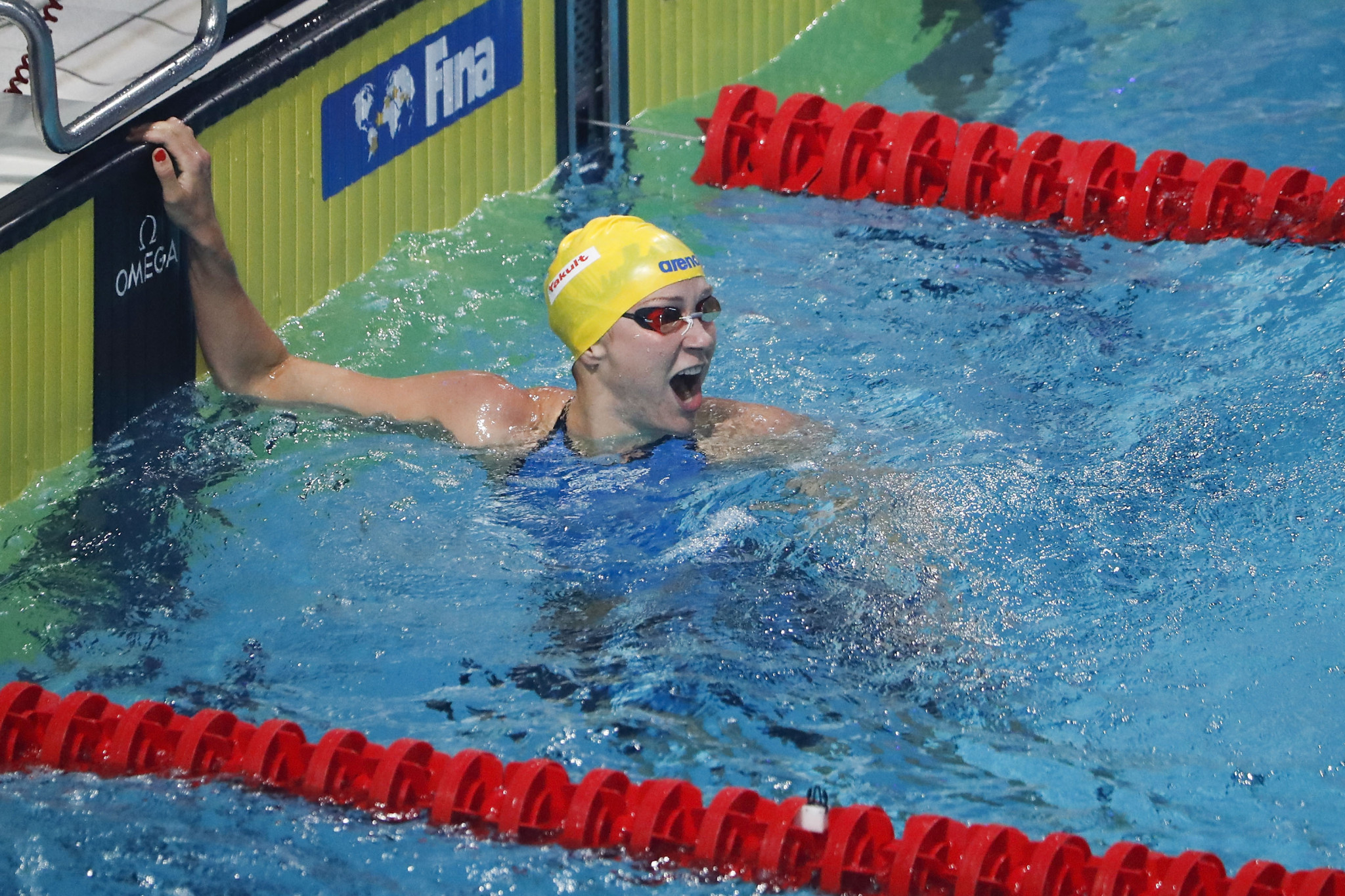 Sweden's Sarah Sjöström continued her march towards the overall women's title as she claimed two victories on the final day of the International Swimming Federation (FINA) World Cup in Beijing.

Sjöström was in impressive form at the Water Cube, which hosted swimming events at the 2008 Olympic Games, as she won the 100 metres freestyle and 100m butterfly events.

The 24-year-old, winner of three gold medals at the World Championships in Budapest earlier this year, clocked 51.25sec to earn the 100m freestyle gold medal.

Cate Campbell of Australia was the recipient of the silver medal and bronze was claimed by Ranomi Kromowidjojo of The Netherlands.

Sjöström then returned to win the 100m butterfly to cap off a superb finale to the event in the Chinese capital.

The reigning Olympic and world champion touched the wall in 55.60, comfortably clear of nearest challenger Zhang Yufei of China, while Kromowidjojo came through to seal another bronze medal.

Hungary's Katinka Hosszú attempted to keep the pressure on Sjöström as she emerged victorious in the women's 200m medley in 2:04.64.

The three-time Olympic champion's time was over a second quicker than second-placed Emily Seebohm of Australia, while Kim Seo-yong of South Korea did enough for bronze.

Hosszú's bid for two victories was ended later on as she finished second behind Seebohm in the 50m backstroke.

Kromowidjojo completed a hat-trick of bronze medals as she was third.

Overall men's leader Chad Le Clos of South Africa was able to pick up one victory to add to his two triumphs yesterday as he topped the podium in the 50m butterfly.

The FINA World Cup circuit continues with the penultimate event of the campaign in 2020 Olympic Games host city Tokyo on Tuesday (November 14) and Wednesday (November 15).