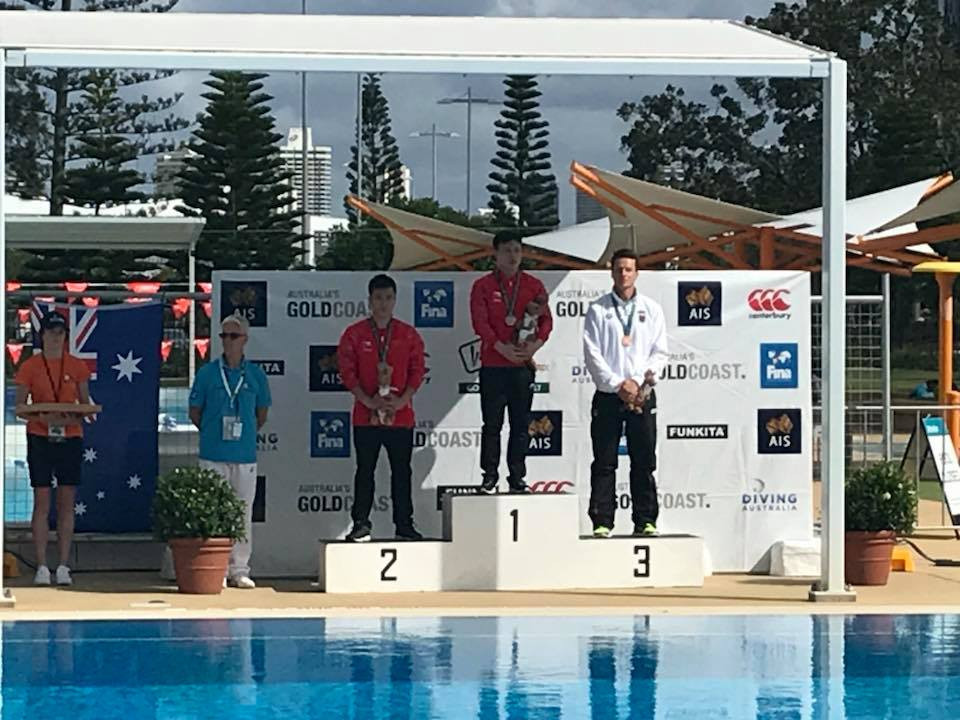 Siyi had topped yesterday’s semi-finals at the Gold Coast Aquatic Centre, due to host competitions at next year’s Commonwealth Games.

The Chinese diver maintained his form today as he ended the series of dives with a total score of 445.1 points to win the men’s three metre springboard final.

He finished clear of team-mate Yuan Cao, who scored 427.60 points to take the silver medal.

Germany’s Patrick Hausding rounded off the podium, as he ended on a tally of 403.85 points.

Siyi and Yuan joined forces to claim the synchronised title for the discipline, with the pairing finishing comfortably clear of their rivals on 420.84 points.

Malaysia’s Ooi Tze Liang and Chew Yiwei won the silver medal on 387.00 points, with Japan’s Ken Terauchi and Sho Sakai combining to score 383.01 for the bronze.

The women’s individual platform final saw success for Malaysia’s Pandelela Rinong, as she topped the standings on a score of 319.40 points.

Canada’s Celina Toth was the closest challenger as she finished the competition with a score of 310.20 points.

Australia's Anna-Rose Keating, the top qualifier from the semi-finals, ended some way down on 285.65 points but still earned the bronze medal in front of a home crowd.

There was delight for the host nation in the synchronised 10m platform event, with Melissa Wu and Taneka Kovchenko storming to gold on a score of 300.24 points.

They were followed by the Malaysian pairing of Leong Mun Yee and Rinong on 287.10, with the final team of Australians Brittany O’Brien and Keating taking bronze with 281.34.

Britain’s Gemma McArthur and Lucas Thomson won the final gold of the day as the theytopped the mixed 10m synchronised platform standings on 269.46 points.

Their only rivals, Jellson Jabillin and Cheong Jun Hoong of Malaysia, ended adrift on 262.71 points.

Finals at the World Cup are due to finish tomorrow.