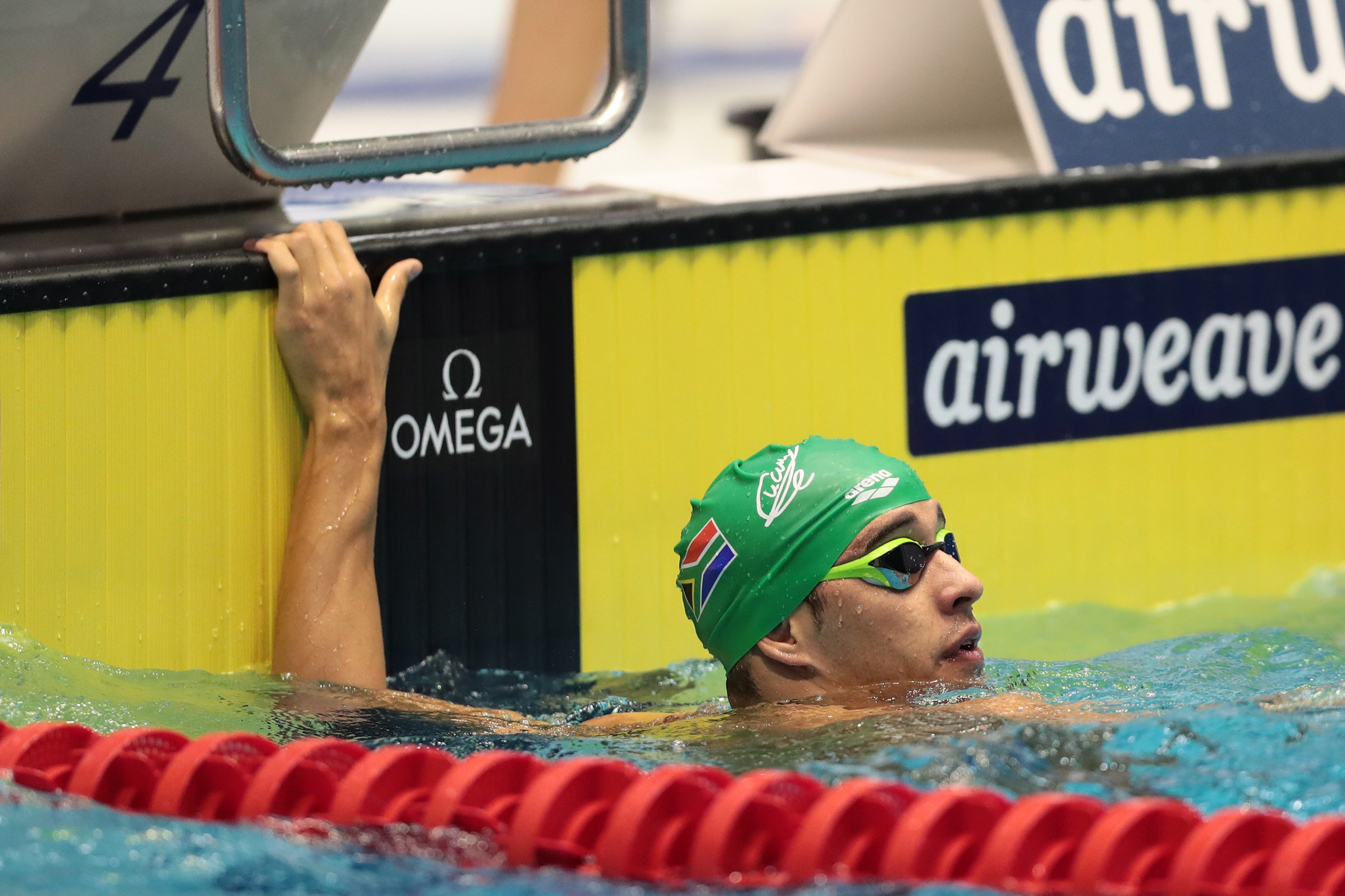 Olympic gold medallist Chad Le Clos of South Africa strengthened his advantage at the top of the overall leaderboard as he secured two victories at the International Swimming Federation World Cup in Beijing.

Le Clos won the 200 metres freestyle and 100m butterfly events to continue his charge towards the World Cup crown at the iconic Water Cube, which hosted swimming events at the 2008 Olympic Games in Beijing.

The South African, a four-time Olympic medallist, won the 200m freestyle race in a time of 1min 41.81sec.

China’s Xinjie Ji took silver for the host nation, while bronze was claimed by Matthew Stanley of New Zealand.

Le Clos, the reigning 200m butterfly world champion, returned to seal his second win of the evening as he touched the wall in 49.18sec.

Overall women's leader Sarah Sjöström, winner of three gold medals at the World Championships in Budapest in July, claimed gold and bronze on the opening day in the Chinese capital.

Sjöström prevailed in the women's 50m freestyle as she clocked a time of 23.40, beating Ranomi Kromowidjojo of The Netherlands, who did enough for silver.

The bronze medal went to Cate Campbell of Australia.

The Swedish star was also involved in an eagerly-anticipated 100m individual medley final as she took on Hungary's three-time Olympic champion Katinka Hosszú.

Hosszú, who is Sjöström's nearest challenger in the race for the overall title, got the better of her Swedish opponent as she clinched gold in 57.50.

The Swede was forced to settle for silver as she touched the wall in second place, while Australia's Emily Seebohm rounded off the podium with bronze.

The event in Beijing concludes tomorrow.