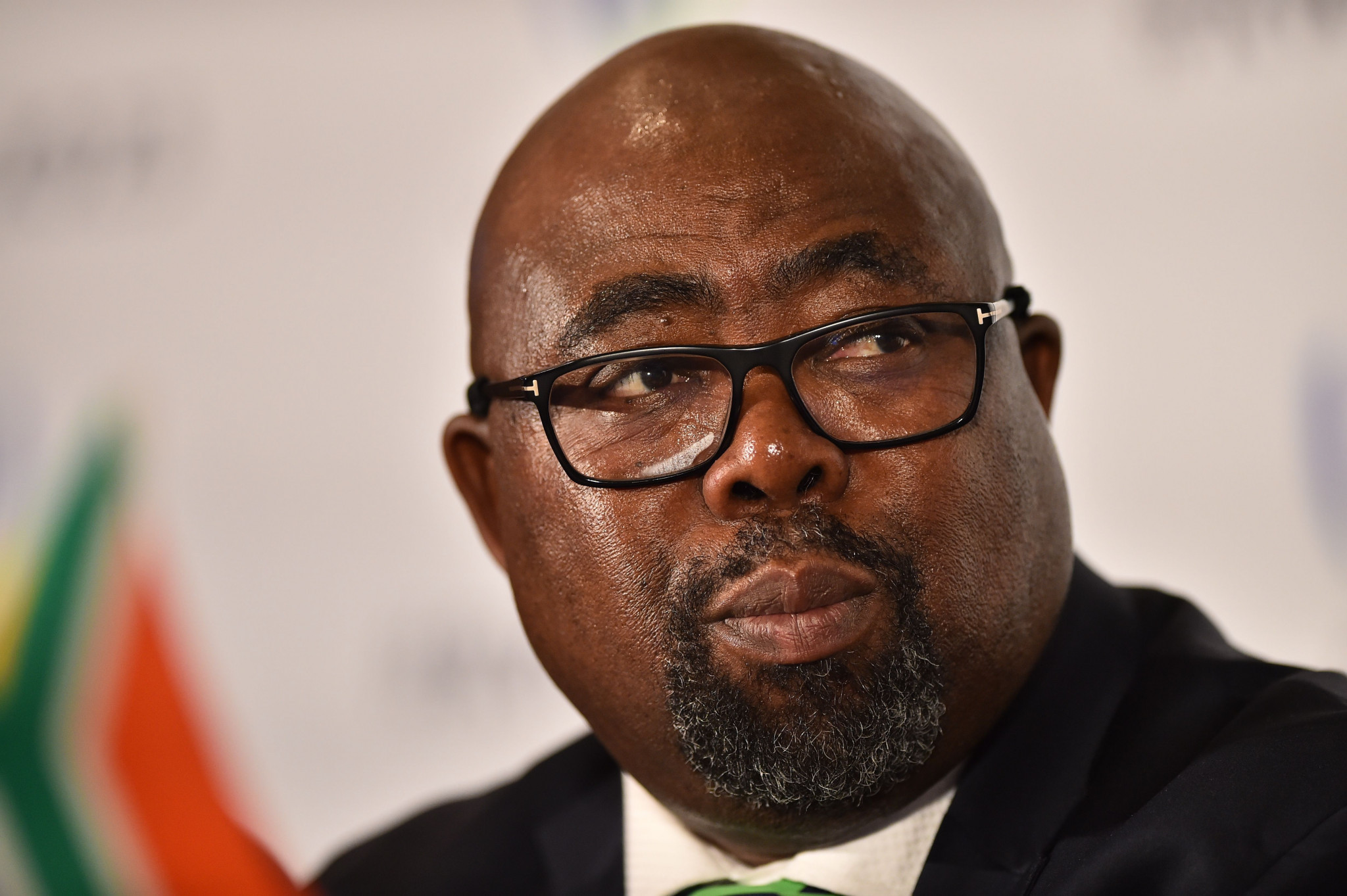 The South African Sports Minister has joined in the war of words over the host selection process for the 2023 Rugby World Cup, drawing parallels between the "attempted undermining" of the current South African bid and the 2010 FIFA World Cup bidding process.

In a hard-hitting and lengthy statement, Thulas Nxesi, South Africa's Minister of Sport and Recreation, said this "attempted undermining" was "not unfamiliar to South Africa".

He went on: "Even during the 2010 FIFA World Cup bidding process, our competitors and their fellow detractors had mounted a concerted smear campaign to besmirch and malign South Africa's bid.

"They alleged that our country was grossly ill-prepared to host such a big event.

"They further declared our country to be the crime capital of the world.

"They prophesised impending doom and gloom that would befall the tournament, and to tourists and fans coming to our shores.

"We South Africans however are quite resilient and when we put our mind to something we make it work and deliver world class service and standards that, more often than not, exceed the expectations of even the most cynical.

"All of the prophecies indeed came to nought.

"These latter day prophets and naysayers will again be proven wrong."

Nxesi also claimed comparisons with the 2022 Commonwealth Games, which the South African city of Durban was stripped of hosting, were wide of the mark.

"Our financial guarantee to World Rugby is irrevocable," he said.

"The bid team's ticketing plan will ensure minimum capacity of 91 per cent over the tournament with some tickets provided free to communities and others costing as little as ZAR55 (£2.93/$3.86/€3.31) for some matches.

"Drawing comparisons to the decision over the destination of the 2022 Commonwealth Games are not comparable.

"Durban was the only candidate and the South African Government was not prepared to foot the hosting bill as presented.

"This was all done before any commitments, guarantees or contracts were signed.

"Our financial commitments to World Rugby are rock solid and enforceable in international law."

Nxesi's comments come just over a week after a detailed evaluation report prompted a recommendation by the Rugby World Cup Limited (RWCL) Board of Directors that South Africa should be awarded the competition and just under a week before the final decision on November 15 by the World Rugby Council.

The days following the report's publication have brought a cacophony of protest from France and Ireland, the other bidders.

An official complaint is understood to have been submitted by Ireland, while French Rugby Federation President Bernard Laporte has been particularly outspoken.

Nxesi described the report as a fair and accurate reflection of the country's ability and readiness to host the 2023 Rugby World Cup, adding that the unanimous recommendation of the RWCL Board was entirely deserved.

"The compelling and detailed nature of our bid was recognised by World Rugby and the game's leadership in their unanimous recommendation of South Africa as the best candidate to host Rugby World Cup 2023," he said.

"Since then there has been some commentary from our fellow candidates that in some way the process has been flawed.

"The suggestion has been made that the value of the Irish and French bids has been under-scored or misunderstood or South Africa's bid inflated.

"It would be understandable if those sentiments were largely informed by disappointment.

"However, it is our firm conviction that World Rugby has run a rigorous and professional process of unimpeachable integrity."

The Minister added: "We have a long history of major, incident-free mega events and we have developed expertise over many years in our security services to ensure that remains so."

However predictable Nxesi’s stance, given the report’s recommendation in favour of his country, his ringing endorsement of the process will be welcomed by World Rugby, which felt obliged last week to issue a statement expressing concern at some reported comments.

The body defended the host selection process as "transparent, objective, professional and robust".

Given the strength of feeling on the issue in all camps, however, there seems little prospect of the rhetoric being toned down in the final few days before the decisive vote in London.

It is all quite a contrast with the bloodless conclusion of the last major sports event host selection process - that for the 2024 - and, as it turned out, 2028 - Summer Olympic and Paralympic Games.

Paris and Los Angeles were awarded the respective Games.

South Africa was awarded the 2010 FIFA World Cup in 2004 in an all-African contest.

Its bid was said to have received 14 votes in the first round of voting, against 10 for Morocco and none for Egypt.