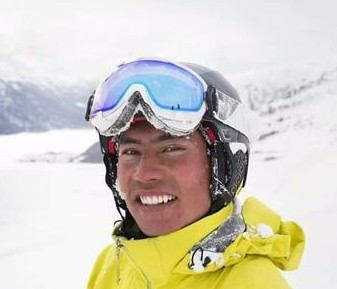 Afghanistan will aim to make its Winter Olympic debut after two Alpine skiers were "selected" for Pyeongchang 2018.

Sayed Alishah Farhang and Sajjad Husaini will hope to compete in the giant slalom in the South Korean county in February, according to reports.

It comes after Afghanistan Olympic Committee President Mohammad Zahir Aghbar "entered" the duo at the Association of National Olympic Committees General Assembly which was held here this week.

"At the meeting which we had with the head of Korea's Olympic Committee we registered two Afghan athletes for the Winter Olympics," Aghbar said to Tolo News.

Both skiers are training at St Moritz in Switzerland, which hosted this year's International Ski Federation World Championships and was the Winter Olympic host in 1928 and 1948.

Farhang and Husaini reportedly learnt to ski in Bamiyan in Afghanistan.

"We wanted to represent Afghanistan in a different way, to show the other countries that Afghanistan is not only war," said Husaini to AFP.

It is unclear how the two skiers would qualify with the duo appearing out of contention in the International Ski Federation rankings.

There is no Tripartite Commission to allocate spots for the Winter Olympics.

Afghanistan has competed at 13 editions of the Summer Olympic Games.

The country has won two bronze medals, both courtesy of taekwondo's Rohullah Nikpai at Beijing 2008 and London 2012.