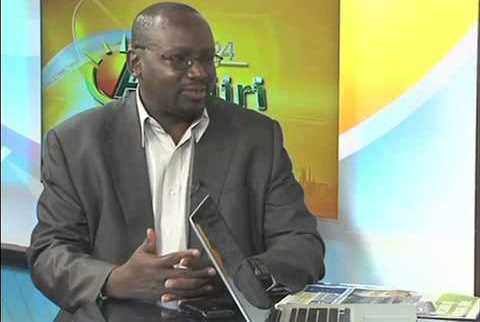 The National Olympic Committee of Kenya (NOCK) has presented a tentative budget of KSh450 million (£3.3 million/$4.3 million/€3.7 million) to the country’s Government to help preparing for and attending next year's Commonwealth Games in the Gold Coast.

Kenya’s Chef de Mission Barnabas Korir has revealed the budget should become clearer on Friday (November 3) when the number of athletes and officials that will make up the East African nation’s team will be announced.

"We will have number of athletes per discipline by Friday and we know it will be a large number," he told Kenyan newspaper the Daily Nation.

"Kenya and Africa have always embraced these Games."

Korir added that Kenya hope to represented in 15 disciplines at Gold Coast 2018.

An estimated KSh380 million (£2.8 million/$3.7 million/€3.1 million) was spent by Kenya for Glasgow 2014, where they were represented by a contingent of 306 athletes and officials.

A total of 23 of those came from athletics with one bronze from boxing and another from powerlifting.

The total medal count was eight fewer than that which they achieved at Delhi 2010, where Kenya won 12 golds, 11 silvers and 10 bronzes.

Korir is confident that Kenya will be represented by a strong athletics team at Gold Coast 2018.

"In previous years, many top runners have given preference to the Diamond League over the Commonwealth Games," he said.

"This time though, the Kenyan team to the Commonwealth Games will have elite athletes with the event coming much earlier."

Korir revealed that only badminton, weightlifting and Para-teams are yet to qualify for Gold Coast 2018.

"Before, we didn’t have qualifying criteria in place, but the CGF (Commonwealth Games Federation) has acted so as to attract quality and encourage good competitions over the disciplines," he told the Daily Nation.

"The new team at NOCK has already hit the road running, and we hope the Government will respond on time since we need to prepare the teams well.

"The budget also entails the funds that will be used to have federations like badminton, weightlifting and Paralympics qualify their teams besides the team camp and training."