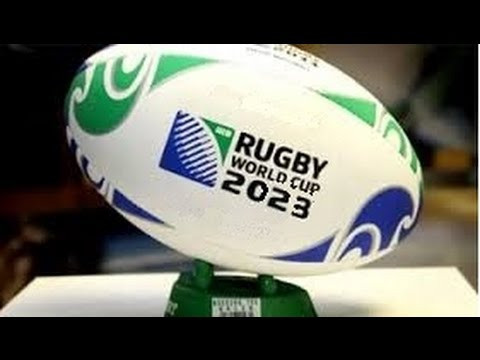 South Africa have beaten France and Ireland to be the preferred choice of World Rugby to host the 2023 World Cup.

A statement by The Rugby World Cup Limited (RWCL) said they had "unanimously recommended to the World Rugby Council the selection of South Africa as Rugby World Cup 2023 host".

The World Rugby Council is now due to meet on November 15 in London to consider the recommendation and vote on the next host.

The decision is to recommend South Africa as hosts of the 2023 Rugby World Cup is a major surprise.

Earlier this year, Durban were stripped of the 2022 Commonwealth Games after they failed to meet a series of financial deadlines.

South Africa's bid for the World Cup is led by Mark Alexander, who had also been the chairman of Durban 2022.

Being awarded the Rugby World Cup for the first time since 1995, represents a remarkable comeback for the country's bid.

Even before Durban was stripped of the Commonwealth Games, its campaign appeared to be doomed because the Government had banned SA Rugby, the sport's governing body in the country, from bidding.

The ban had been imposed by the Government on rugby, cricket and netball following criticism of their lack of racial diversity.

It was only lifted in May after SA Rugby promised to create more opportunities for black players and administrators more than two-decades after the end of white-minority rule under the Apartheid system.

Having decided to back the bid, South Africa's Goverment had made guarantees to World Rugby of making £160 million in revenue ($211million, €182million)‚ £40 million more than the minimum requirement.

Ireland, however, had still been the 4/11 favourites with bookmakers in London to win the bid.

The decision to recommend South Africa to host the 2023 Rugby World Cup followed the presentation of a detailed evaluation report on the three bidders led by a team of World Rugby and external area experts published today.

"The comprehensive and independently scrutinised evaluation reaffirmed that we have three exceptional bids but it also identified South Africa as a clear leader based on performance against the key criteria, which is supported by the Board in the recommendation.

"I would like to congratulate South Africa on a superb bid and all the bid teams for their dedication and professionalism throughout the process to date. Our colleagues on the World Rugby Council will now meet on 15 November in London to consider the Board’s recommendation and vote to decide the host of Rugby World Cup 2023."

South Africa had won the 1995 competition in their homeland.

Ireland have never hosted the tournament outright even though they played bit-parts in the 1991 and 1999 tournaments held in England and Wales respectively.

The 2023 tournament is scheduled to be the 10th Rugby World Cup, taking place on the 200th anniversary of the "invention" of the sport by William Webb Ellis.

South Africa's bid projected sales of a record 2‚9 million tickets while all the stadia are already built, a legacy of hosting the 2010 FIFA World Cup.

The World Rugby Council has 31-members with a total of 39 votes.

In the event of a stalemate Beaumont, will decide the 2023 hosts.

In the closely contested report South Africa ranked highest with 78.9 per cent, France second with 75.8 per cent and Ireland third with 72.2 per cent.

However, Dick Spring, chairman of Ireland's 2023 bid oversight board, said the country still has confidence the council members will "place their trust in Ireland" come the vote.

"We absolutely believe Ireland can secure the tournament for 2023," he said. "It is clear that the evaluation commission is impressed by the quality and detail of the bid put forward on behalf of Ireland.

"It is also clear from the report that Ireland has all the capabilities to host an outstanding Rugby World Cup in 2023.

"Our team will compete to the final whistle as we bid to turn our historic bid plans into reality."

"The Rugby World Cup is the financial engine that allows us to drive the growth of the game and plays a very important role," he told World Rugby TV.

“We are delighted with the process we have had.

“In designing the whole selection process, and again looking at those key principles – transparency particularly, fairness, consistency and professionalism – we agreed with the Rugby World Cup board and ultimately with the World Rugby Council, that we would use a very objective and weighted scoring criteria.

"That technical review group has undertaken an extensive review.

"We have engaged continually with the bidders through that review process, to again clarify exactly the aspects of their bid that is being evaluated, and ultimately that review from experts has led to the Evaluation Report.

“That Report is an incredibly comprehensive document of more than 200 pages, really reflecting three very strong bids but reflecting the analysis of each of the important areas the Rugby World Cup host needs.

“Ultimately that led to the scores that reflect in the Report with the Rugby World Cup board making a recommendation to the World Rugby Council based on the highest score.”