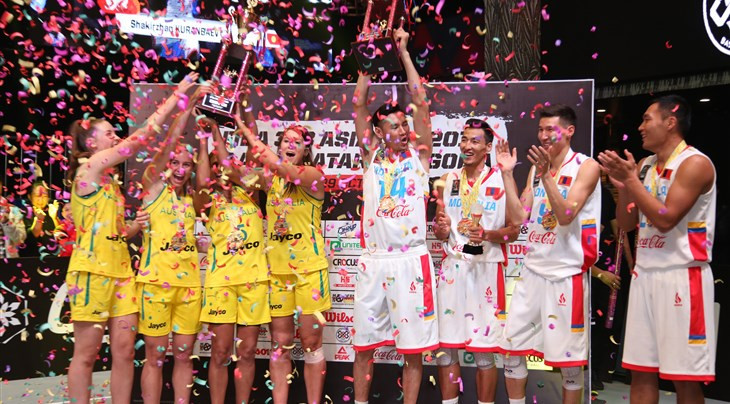 Hosts Mongolia upset the odds to triumph in the men's section of the International Basketball Federation (FIBA) 3x3 Asia Cup in Ulaanbaatar.

They were the 12th seeds heading into the competition at the Crocus Event Hall in the Mongolian capital but defied their lowly status by advancing from the pool phase.

Mongolia were then able to secure a 21-13 win over Chinese Taipei in the quarter-final, before edging Australia 19-17 in the last four.

Victory set up a gold medal match against New Zealand, with the second seeds having edged Kazakhstan 20-18.

Both teams were able to put on a spectacle for the crowd with the scores remaining close for much of the contest.

The efforts of Tsenguunbayar Gotov and Dulguun Enkhbat, who was later named the tournament’s Most Valuable Player (MVP), eventually helped Mongolia pull away for a 19-14 win.

Australia claimed bronze with a 21-18 victory over Kazakhstan in the third-place play-off.

There was further success for Australia in the women’s event with Isabell Bourne and Carlie Smith scoring eight and seven points apiece to guide them to a 21-15 win over Malaysia in the final.

China claimed bronze with a 21-15 win over India.

The competition was the second edition of the 3x3 Asia Cup with the inaugural event having taken place in Doha.

Qatar and India had won the men’s and women’s titles, respectively, in 2013.