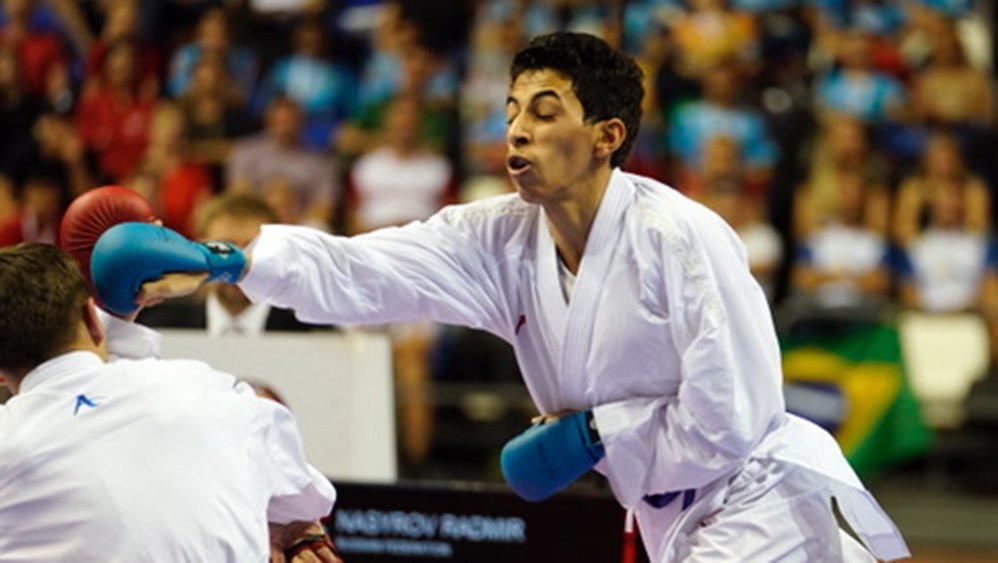 Saudi Arabia’s Nawaf Almalki and France’s Gwendoline Philippe were among the gold medallists on the penultimate day of action at the World Karate Federation Cadet, Junior and Under-21 Championships in Tenerife.

"It is a feeling that I cannot describe," he said.

"I am so proud to represent Saudi Arabia in this tournament and it is a source of pride to be able to succeed here.

"I would like to dedicate this medal to my family, my friends and my country."

Phillipe, meanwhile, confirmed her status of one of the world's most promising karatekas with victory in women’s under-21 kumite under-61kg category.

"It is a wonderful feeling," Phillipe, also the reigning European champion, said.

"It was a difficult tournament for me because I had to change categories, but I worked hard and I am super happy to be world champion again.

"I am thrilled for this second title.

"It was a lot of sacrifices and I want to dedicate this to my family who could not be here with me."

The strongest-performing nation on day four of competition was Japan as they claimed three gold medals.

Shota Uchino also took the Japanese flag to the top of the podium with his victory by "senshu" over Denmark’s Lasse Boegelund in the men's cadet kumite under-63kg final.

One of the highlights of the day was Spaniard Nadia Gomez's impressive journey to success in the women’s under-21 kumite under-50kg category.

The home favourite received two early yukos in the final against Iran’s Sara Bahmanyar Estalkhbejari, but she connected with two sensational ippon by mawashi-geri kicks to end up winning the bout 7-3.

There was disappointment, however, for Gomez’s compatriot Marina Caceres as she lost the women’s under-21 kumite under-55kg final against Iran’s Avishan Bagheri.

Bagheri took two yukos and one late ippon to claim the gold medal.

Montenegro’s Bojan Boskovic claimed the first gold for his country in the tournament with his triumph by split decision over Brazil’s Andre Dos Santos in the men’s cadet kumite under-70kg final.