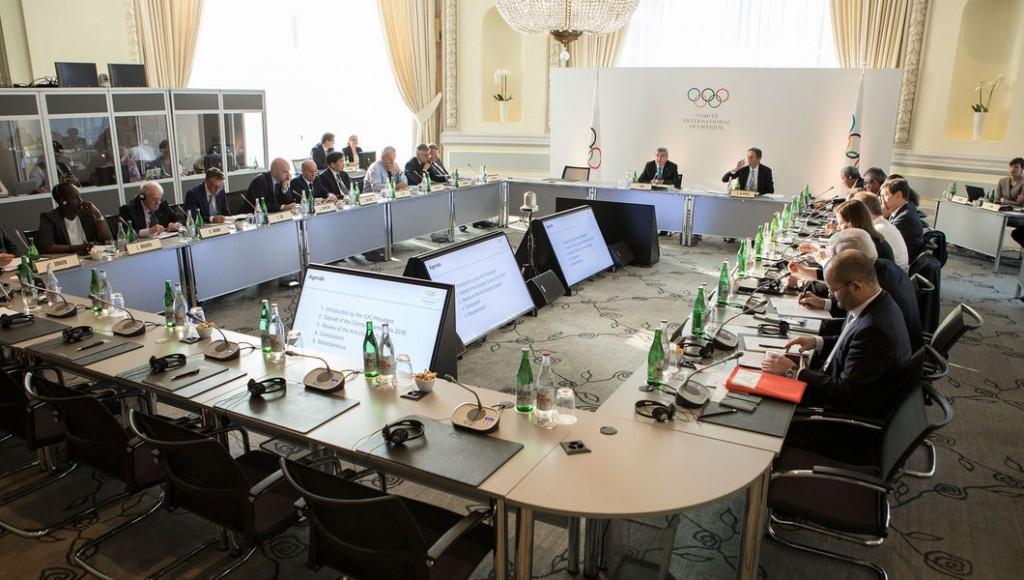 Esports and the "protection of clean athletes" are among topics due to be discussed at an Olympic Summit of key sporting stakeholders here tomorrow.

The Summit is taking place at the Lausanne Palace Hotel and is expected to be chaired by International Olympic Committee (IOC) President Thomas Bach.

It will also be attended by representatives from leading International Federations and National Olympic Committees, although details remain hazy and the full list of those due to attend has not been announced.

An IOC spokesperson listed four topics when asked by insidethegames what would be on the agenda for the four-hour meeting.

These were "Pyeongchang 2018", the "protection of the clean athletes", "esports" and "athletes' representation".

No more details have been given and it is not clear precisely what will be discussed - or decided - within these four topics.

An obvious absentee from this list, however, concerns governance and ethics issues following another raft of recent corruption scandals across world sport.

Preparations for next year's Winter Olympic and Paralympic Games in Pyeongchang have been overshadowed by security concerns in the Korean peninsula in recent months as well as the nature of Russian participation as investigations continue into evidence of sample tampering during the last edition in Sochi.

Other more specific concerns still remain, though, including in relation to accommodation and transport matters as well as poor ticket sales.

It is unlikely that any concrete measures will be decided about Russia tomorrow given how the IOC's Schmid and Oswald Commissions are not now likely to reach verdicts until December.

But plans to accelerate the Independent Testing Agency, due to come into operation to administer drug testing in some shape in Pyeongchang, is likely to be considered.

Esports is another topic which has generated much interest in recent months despite a lukewarm response from Bach himself.

In April the German voiced reservations about whether esports can be considered a pursuit worthy of serious consideration for a place on the Olympic programme but, at the same time, promised to "watch" its development amid a call for a more organised governing body.

Increasing athletes' representation is another topical issue given greater credence in recent weeks after the mooting of a German plan to set-up an athletes' panel separate from the German Olympic Sports Confederation (DOSB) Athletes' Committee.

It would be surprising if corruption issues were not discussed given how the IOC and world sport has been rocked in recent weeks by the arrest and charging of former IOC member and Rio 2016 President Carlos Nuzman for alleged involvement in a vote-buying scandal connected to the successful Brazilian bid.

The Olympic Summit is a forum that has met at least once a year since Bach was elected President in 2013.

It has no official power delegated in the Olympic Charter or any other sporting statute, but has nonetheless played a key role in recent decisions including the sanctioning of Russia before Rio 2016.

The IOC has said only that participants tomorrow include the IOC President, IOC vice-president, IOC Executive Board members "representing the interests of the athletes and the NOCs", "International Federations," "National Olympic Committees" and "Recognised Organisations".

This appears to rule-out suspended International Boxing Association President C K Wu, who has been listed as an "Executive Board member representing the interests of the International Federations (IFs)" when attending previous meetings.

In the past, representatives from IFs for aquatics, athletics, football and gymnastics have attended as well as National Olympic Committee Presidents from China, Russia and United States.

The World Anti-Doping Agency are also set to participate in the discussion on doping.

It is unclear if Kuwait's Association of National Olympic Committees President Sheikh Ahmad Al-Fahad Al-Sabah is attending, either in person or via conference call.

United States Olympic Committee chairman Larry Probst is also chairman of video game publisher Electronic Arts - so would be an interesting addition to any discussion on esports.

The Chinese Olympic Committee remain yet to address the allegations made by a former doctor turned whistleblower at the beginning of this week that all medals won by athletes from the country in 1980s and 1990s were achieved through a systematic doping programme existing across all sports.