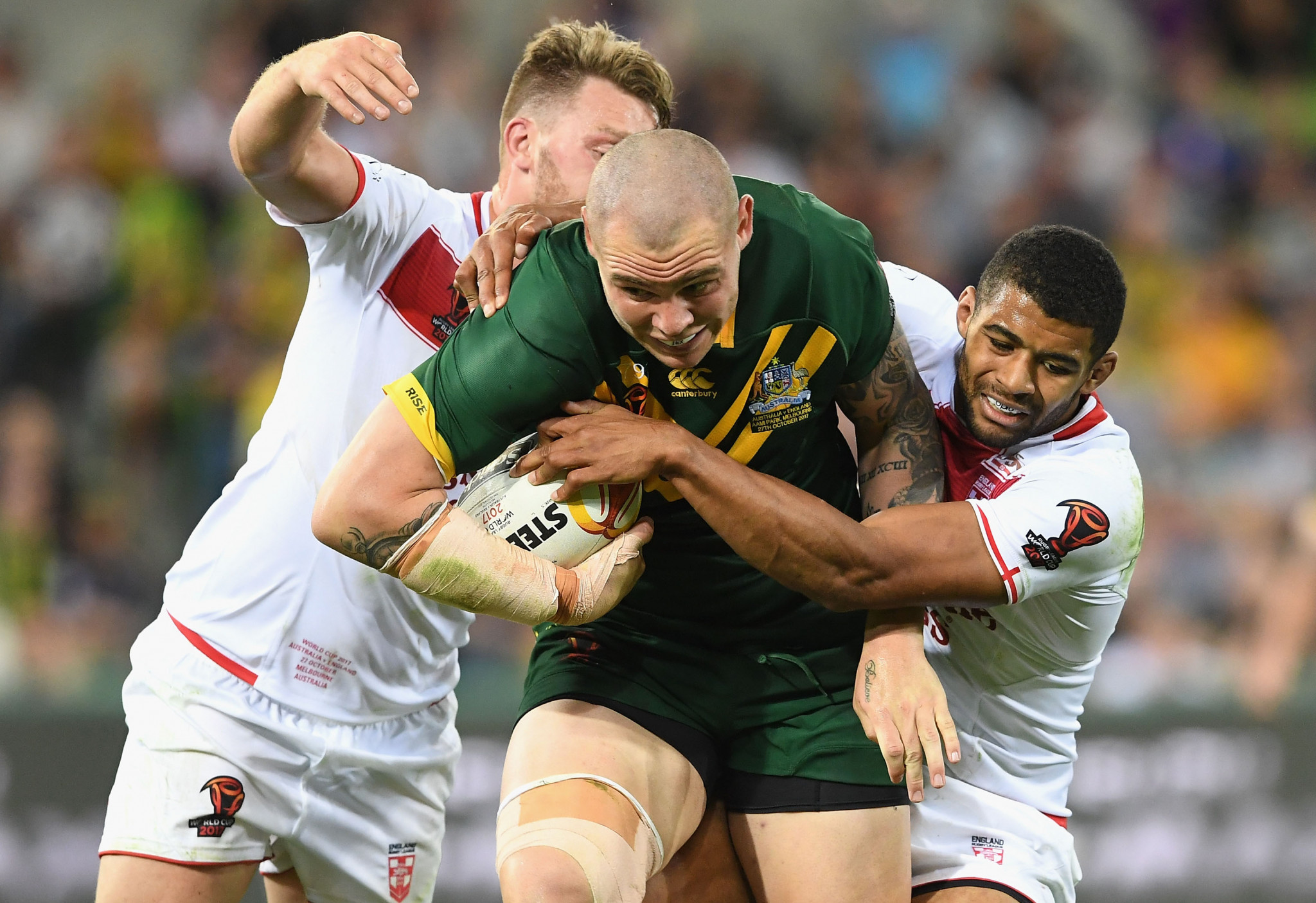 Australia began their campaign to win an 11th Rugby League World Cup title with an 18-4 win over England today.

It was the defending champions' 12th consecutive win over the English but, with five minutes remaining, there were only six points between the sides in a closely fought Group A contest at the Melbourne Rectangular Stadium.

Australia are hoping to extend their recent dominance over this tournament.

Winger Jermaine McGillvary gave England the ideal start after he received Gareth Widdop's pass before scoring in the corner after just four minutes.

Australia were relentless in attack in the opening 24 minutes and the English defence was eventually broken by Matt Gillett's powerful run and finish before full-back Billy Slater also crossed the line for a 10-4 lead.

It got worse four minutes from half-time for England when key player Sam Burgess was brought off with a knee problem.

After a fiercely contested second half, in which England had opportunities to cut the deficit, Australia went on to seal victory.

Cameron Smith kicked a penalty goal to extend their lead to 12-4.

They were not finished there, though, as in the final few moments Widdop kicked away to the right wing and Josh Dugan pounced on the loose ball before sprinting downfield to add a third try for Australia.

The tournament is taking place across Australia, New Zealand and Papua New Guinea.

Action is due to continue tomorrow with Papua New Guinea against Wales in Port Moresby, while New Zealand take on Samoa in Auckland and Fiji and the United States meet in Townsville.