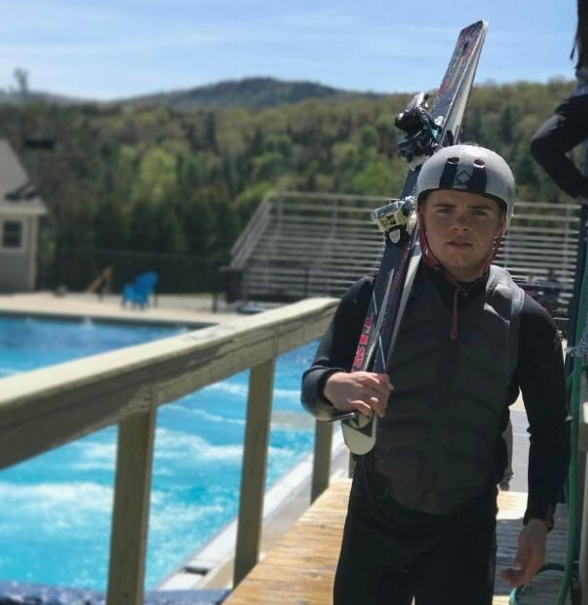 Seventeen-year-old American freestyle skier Michael Lillis has tragically died after passing away in his sleep.

The teenager, described as a "rising star" in US Ski and Snowboard's elite aerial development programme, was found unresponsive by his parents at their family home in East Rochester, New York.

Chris has been named as the FIS rookie of the year.

"On his last day, Michael did exactly what he wanted to do," his mother Bernie said to the Democrat and Chronicle.

"He went to dinner with his family and watched the Yankees with his grandma.

"We were out watching baseball and he went to bed like he did every other day for 17 years.

"He was just a special kid.

"Everywhere he went he lit up the room and we’ll miss him.

"He was a tremendous athlete, a diehard Bills and Yankees fan, a great brother, a great son."

Michael Lillis was based in Lake Placid and was due to return there for a training camp this week, which has now been cancelled.

"We're reaching out to the coaches, and Mikey's teammates, to make sure they're okay," said Tom Kelly, the vice president for communications at US Ski and Snowboard.